As I get to know my new neighborhood of Queens, NY, my girlfriend and I tend to take daytrips around the area just driving around aimlessly. Sometimes that’s good to help your sense of direction in unfamiliar territory. Anyway, on one of these aimless trips, I happened to pass a tattoo parlor on College Point Boulevard in College Point, NY, and since I’d started writing this column, for some reason, I seem to stop whenever I see the word “tattoo.” It’s almost like a weird new tick that I have. My girlfriend doesn’t seem to mind though, as we’re both avid and rabid skin art fans. So, I pulled over and we took a walk into a shop called Mean Street Tattoo Studio, which I later found out was named after the Van Halen classic, “Mean Street.”

Now, since I didn’t get to schedule an interview because this was a spur of the moment stop, I didn’t find out who the owner is, but I did speak to an artist named Johann Florendo who really does some excellent work! I didn’t let Johann know that I’m a writer because I didn’t want any special treatment and wanted to see how the customers are treated at Mean Streat Tattoo and I have to say that there is no ego there. Johann was a nice guy! Upon entering the small shop, located at 1846 College Point Boulevard in College Point, NY, you would notice that it’s immaculate once you got passed the really heavy Asian décor. My guess is that Johann had a say in the way the shop was decorated since he seemed to be some sort of Asian. Maybe Philippino? Or the décor could just be chalked up to great Feng Shui. At least it wasn’t covered in books of Flash Art like most tattoo shops are. It actually reminded me of a room in my grandmother’s old house only a lot cleaner.

Johann told me that there is another artist that tattoos there. His partner Tommy Murphy, who tattoos there every day except on Sundays, which is the only day the shop is closed, and on Tuesdays. Oh, and he wasn’t there on this day either. He told me that Tommy prefers to tattoo by appointment, but will accept an occasional walk-in if he is available. Johann on the other hand is a little bit stricter and tattoos by appointment only. Then again, after looking at his artwork, he might be so booked up that he just has no time for walk-ins. Johann is at the shop Tuesdays through Saturdays. Mean Street Tattoo is open Mondays through Saturdays, and like most tattoo shops, doesn’t open until 1 p.m. and closes at 9 p.m. 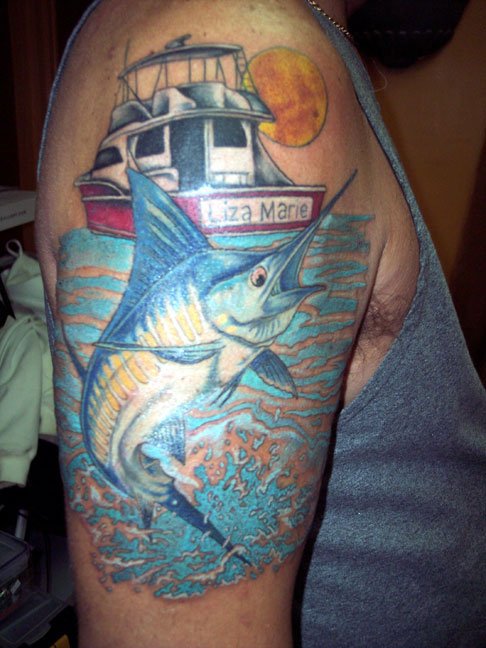 Mean Street Tattoo is a custom shop. They encourage customers to bring their own designs, but are always willing to do their own drawings, as well. Johann and Tommy will take the time out and consult the customers to make sure that all of their tattoo needs are fulfilled. All of the needles in the shop are autoclave sterilized for the protection of each customer. One policy that Mean Street Tattoo does stay strict to is that all customers must be 18 and over with a valid ID. No ID, no tattoo!