Who was at Houston Calls’ last show? Houston Calls had a special final send off with the School of Rock packed full of friends and family. The original line up rocked out one last time despite lack of time to practice due to the guys’ busy schedules. They sounded just as great as they did years ago.

For the rest of September, I’ll be bouncing back and forth from North Jersey’s School of Rock and Pennsylvania’s Croc Rock. The School of Rock is having a show the Sept. 17 with Owl City and a little synth never harmed anyone. I’ll be there for doors at 6 p.m.

For all you ladies that lush over the Chiodos vocalist Craig Owens, he’ll be doing a set at the Croc Rock Sept. 22 with Automatic Loveletter. He is rather attractive, I must say… 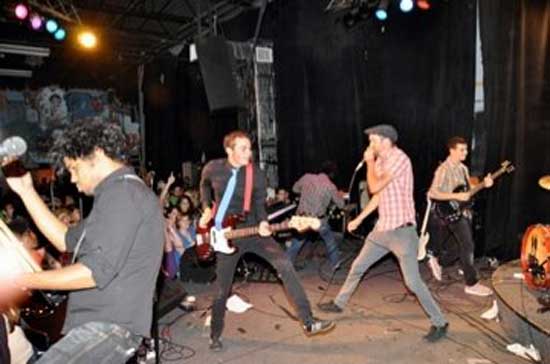 Some heavier tunes are going down Sept. 24 at the School of Rock with Alesana headlining along with the Bled, Madina Lake and a few more decent bands. Is anyone else a little confused why the Bled isn’t headlining? Maybe it’s just me.

Some good friends of mine will be playing at the Chance’s Loft so I’ll be someplace up there on Sept. 26 for Dr. Acula and American Me.

Last but certainly not least, and I’m sure all of you will be there, A Day To Remember and Parkway Drive will be performing at a sold out show at the Croc Rock Sept. 27. Yeah I don’t care if ADTR sold out, they’re just so damn catchy. Judge me.

October is jammed pack of shows that I’ll be talking about soon enough.

So you’ll just have to come back for the update!