Interview with Jerry Cantrell: Alice In Chains, Too Long On The Outside

The scene at the Fillmore At Irving Plaza for Alice In Chains’ show three weeks in advance of their new album, Black Gives Way To Blue was one of complete adoration. From jaded press to passionate fans who may have never seen the seminal ‘90s grunge act before, the New York crowd provided a warmth for Jerry Cantrell, Sean Kinney, Mike Inez and William DuVall to slip into and deliver song after song of chunky, off-time guitars, graceful melodies and mournful harmonies. Among their many hits, several songs from the album made their first appearance in New York City, particularly the single “Check My Brain,” the first peek “A Looking In View” and the album’s charming deep cut, “Acid Bubble.”

It took them a very long time to get there.

Ground to a halt after the death of their frontman Layne Staley in 2002, Alice In Chains have been undergoing a rebuilding process since a one-off charity event organized by Kinney in 2005, taking on Comes With The Fall vocalist DuVall to sing these cherished songs along with the band’s main songwriter Cantrell—a team that first emerged on Cantrell’s solo tour for 2002’s Degradation Trip—touring the U.S. two years ago, and eventually writing and recording what would be Black Gives Way To Blue.

About a week before the show, I phoned Cantrell to talk about the process that brought them to this point as well as the end result.

A few years ago when you first got back together and did the Decades Rock Live event, you were playing with a rotating cast of vocalists. You had William but weren’t sure if you’d stick with him. When did it solidify that William’s the guy?

It was kind of a process. I don’t think we even had any clear idea of what we were doing at the time—we just knew it felt pretty good to play the music, and we had done a couple of shows together with a bunch of our friends.

I think [it was] probably that show. We had spent some time before that, obviously. We didn’t just call the dude up and say, ‘Hey, we’re doing a TV show.’ (laughs). He’s been a friend of mine for about ten years. He’s another friend that at the very beginning jumped in with us to help us go through the process. And being a friend of mine that meant a lot to him too, to see us consider playing again. It was really great that he got to join us and be a part of that, and I think he earned that. He earned it through the time spent with us.

He’s a really talented guy and the way that we work together vocally, it’s a complete team. That’s the way things were with Layne and I. Obviously it’s a different situation and they’re two different people. But the blueprint is very similar, you know. 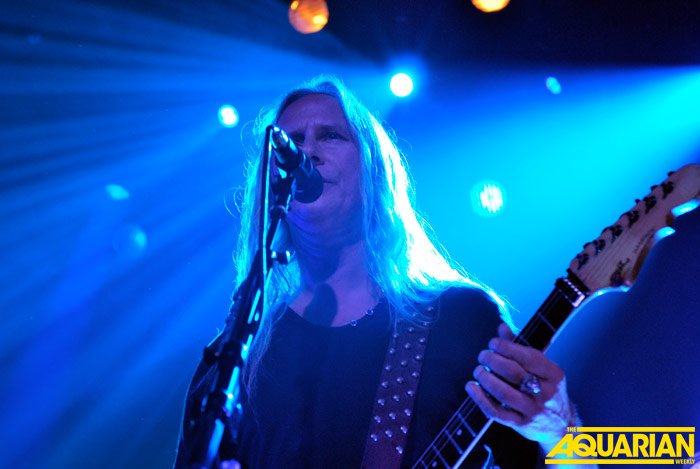 He did backup work with you when you were doing your solo shows live, right?

Yeah. We met each other in LA in about 2000. So I’ve known him for almost ten years now. We met through a mutual friend and hit it off right off the bat and became friends and ended up hanging out quite a bit and when it came time for me to go out and tour that record—I had gone through a couple of lineups of guys and was having a hard time keeping musicians together (laughs)—and I asked [DuVall’s band Comes With The Fall], ‘Would you guys be interested in being my band?’ and they said, ‘Yeah, totally. We’ll do it.’

So they came on board, and we toured for a year or two and so we have a lot of experience playing together. I’ve always admired his ability and how much he cares about music and how hard he works at it. And that reminded me a lot of me and a lot of the guys in my band. We cared about it that much, and we worked really hard to do that.