NEW YORK, NY—I’m always amazed by a Between The Buried And Me performance. Really, every time. And it’s not so much BTBAM that blow me away—it’s their intensely loyal fans and somewhat accidental status as icons in the prog-metal niche.

Hardcore and metal fans with a nerdy streak filled up Manhattan’s Irving Plaza, but on such a tour, it wasn’t hard to tell whom they were lining up to see. The geekier ones went the way of Devin Townsend, the hippy types for Cynic, the polo shirt wearing college set for BTBAM. Not that there wasn’t overlap—there always is at an event like this—but prog people are in it for their band primarily. Rarely are they into the whole package. They may “respect” the other guys on the bill, but they know who they’re here to see.

The truly esoteric was up first. Devin Townsend’s new project, of which he named Devin Townsend Project, not Devin Townsend Band, as he formerly had, was something of a mix of the new DTP material and DTB material as well as a Ziltoid The Omniscient cut. Actually, it was in that order. The lushness of the tracks and the relative sparseness of his outfit forced him to play with backing tracks, which I always find disappointing, and Townsend maintained his mad scientist (with a large tongue) persona, particularly on the mind-warping Ziltoid closing song. There’s always been something about Devin Townsend in a live context that seems missing, even when he was doing Strapping Young Lad material. He’s always better on record. Always.

(Which might, incidentally, have been the subject of the conversation between him and Gojira’s Joe Duplantier on the second floor of Irving Plaza I noticed that night. Don’t be surprised if you see a Devin Townsend producer credit on Gojira’s next album.) 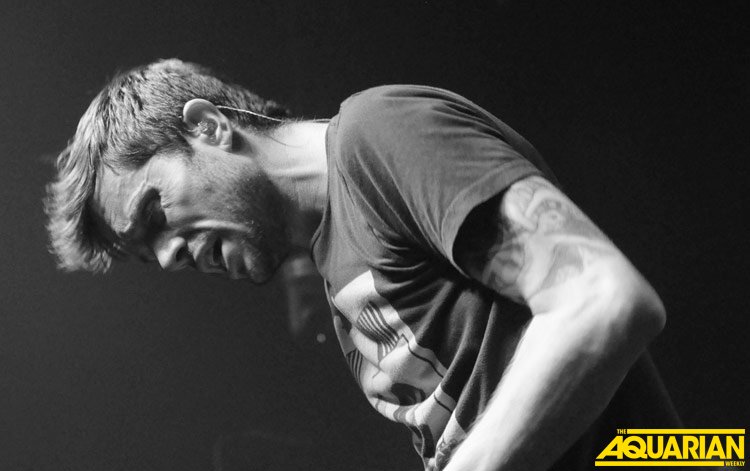 Cynic was up next, and they seemed the most traditionally proggy metal act on the bill, if by nothing else, the presumptive tone of Paul Masvidal’s impromptu yoga instruction three songs into the set. Not that I’ve got anything against Masvidal or yoga, I just don’t know if he’s qualified to teach a thousand or so half-drunk concertgoers yoga at the same time. It’s a stretch!

They were pretty good, but they didn’t quite go for the note-for-note perfection they exhibited the last time they came around in support of Traced In Air. The trio has taken some liberties with the leads over the year-plus in support of what is arguably 2008’s finest release. A new track, “Wheels Within Wheels,” made a debut, which is most certainly going in a different direction than their previous work as Cynic.

Following that, Between The Buried And Me came up and crushed it. Ripping through tracks on the recently released The Great Misdirect, particularly the single “Obfuscation,” which the adoring crowd already knew the words to. And that song did highlight the almost hidden genius of BTBAM’s material; that despite all the chaos, there are still hooks to grab onto and remember. In contrast to their prior tours—which saw Colors played in its entirety—The Great Misdirect saw no such treatment, and the crowd got a lively variety of the band’s back catalog.