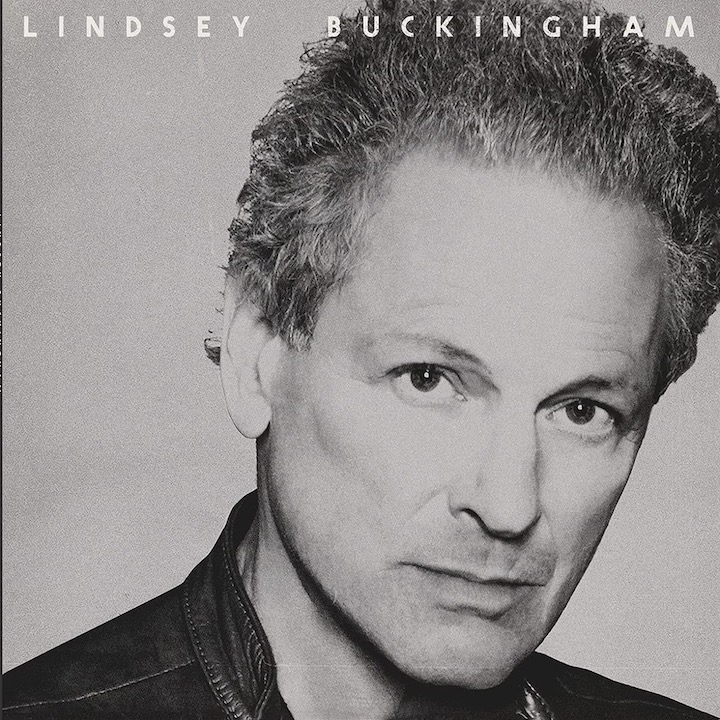 Wait – did Lindsey Buckingham rejoin Fleetwood Mac? That may be your first thought upon hearing his excellent seventh solo album, which was originally scheduled for release in 2018 and is finally seeing the light of day.

Buckingham, of course, was unceremoniously fired in that year from the group he’d joined way back in 1975; and if his former bandmate and one-time lover Stevie Nicks has her way, he’ll apparently never be invited back. No matter. On his eponymous new album, Buckingham seems to be saying, “Who needs Fleetwood Mac? Not me.” And he may be right. The performances on Lindsey Buckingham sound quite like the tracks he created for such classic Mac LPs as Rumours, Tusk, and Mirage. The full band sound is here and so are the gorgeous vocal harmonies.

That achievement is particularly remarkable because album projects don’t get much more solo than Lindsey Buckingham, which the artist recorded in his home studio. Not only did he write all the songs aside from Michael Merchant’s “Time” (a minor hit for the Pozo-Seco singers in 1966); he apparently also played not just all the electric and acoustic guitars but with the help of overdubbing, every other instrument as well, including bass, percussion, and guitar and bass synthesizers. In addition, he provided drum programming and all the vocals – including the omnipresent harmony work. On top of that, he produced and engineered the record and mixed all but one of the songs. Just about the only thing he didn’t do was manufacture the discs and distribute them to retailers.

The past few years have not been easy ones for Buckingham, which may explain why a man who has had so much success looks so somber on the cover of this album. Besides being dumped from his group of more than four decades, he saw his marriage splinter, suffered a heart attack that almost killed him, and temporarily lost his voice because of a surgery.

You can hear evidence of those experiences in the lyrics to these songs – or at least a foreshadowing of them since they were reportedly all written prior to Buckingham’s hard times. On “I Don’t Mind,” for example, he sings that “where there’s joy there must be sorrow” and on “Santa Rosa,” he laments that “we built our home with heart and soul…now you want to leave it behind.” In “On the Wrong Side, meanwhile, he seems to allude to the discord with Fleetwood Mac, and throughout the album, he makes other observations about the passage of time and turmoil in relationships.

As any longtime fan knows, however, Buckingham has never been one to let romantic entanglements get in the way of exuberant melodies and ear-candy embellishments. Witness, for example, such early hits as “Go Your Own Way,” where he combines sunny and uplifting music with lyrics about a relationship falling apart, so it’s no surprise that Lindsey Buckingham delivers the same sort of upbeat pleasures. Informed by his consummate production, insistent rhythms, jangly guitars, and addictive melodies, the record grabs your attention with “Scream,” the opening track, and doesn’t let go until the final notes of the last cut, the atypically slow-paced “Dancing.”

Though Buckingham issued an album with Fleetwood Mac bandmate Christine McVie in 2017, this 37-minute CD is his first solo release in about a decade. Let’s hope his next album doesn’t take nearly as long to arrive – and that it lives up to the high standard set by Lindsey Buckingham.

Bruce T. Carroll, First Bird to Sing. The road to Bruce Carroll’s recording career was a long one. According to his bio, he spent a decade enduring “three hospitalizations, a ruined career, a failed marriage, and a damaged family.” Later, he devoted 14 years to operating the Watercolor Café, a music venue in Larchmont, New York, that he closed in 2013. Four years after that, he released his first album, which he followed with an EP and then with this new CD.

The record clocks in at only 33 minutes, but it covers a lot of territory, much of it highly personal. Carroll wrote the title cut after the long-ago suicide of his teenage brother, for example, and he says that “Grandfather Walks” reflects “a loving (but largely fictional) depiction…as inspired by my mother’s loving descriptions of him.” Several songs have political overtones, including “Don’t Take Love Lightly (MAGA Girl),” which according to the singer, “describes the plight of anyone who might have been in a relationship with someone who lies pathologically.”

Carroll – whose gruff voice variously conjures up Guy Clark and Willie Nile – has a good melodic sense and a lot of fresh things to say. Not every cut here is a home run, but there are more than enough winners to make this album worth a listen.

Sarah McQuaid, The St. Buryan Sessions. With her concerts and tours cancelled by the pandemic, folksinger Sarah McQuaid opted last year to rerecord some of the standout tunes from throughout her 24-year career in England’s medieval St. Buryan Church. She performs the material live and alone, accompanying herself on acoustic guitar or, on a few numbers, on electric guitar, piano, or floor tom (a double-headed tom-tom drum).

After opening the set with the acapella “Sweetness and Pain” – an ideal showcase for McQuaid’s exquisite vocals, which recall artists like Judy Collins and Sandy Denny – she delivers 14 more tunes, ranging from “Charlie’s Gone Home,” from her 1997 debut album, to “If We Dig Any Deeper It Could Get Dangerous,” the title cut from her last CD. McQuaid wrote or cowrote all the songs except for “Autumn Leaves,” the Johnny Mercer–co-authored jazz standard, and “Rabbit Hills,” which her late friend and former producer Michael Chapman composed.

Because of the pandemic, no one was in the church for the July 2020 performance aside from McQuaid’s audio and video crew. Had there been an audience, though, one suspects that each song would have been followed by sustained enthusiastic applause.

Sue Foley, Pinky’s Blues. Canada-born electric blues guitarist and vocalist Sue Foley, who has long been based in Austin, Texas, is back with her first album since 2018’s The Ice Queen, which was itself her first CD since 2006.

Foley’s guitar work dazzles throughout the live-in-the-studio recording, which finds her backed by a complementary trio that includes a bassist, a drummer, and an organ player. Jimmie Vaughan, who also guested on The Ice Queen, adds rhythm guitar on the Chicago-blues-styled “Hurricane Girl,” one of three originals on the 12-song set, which also incorporates covers of such songs as Clarence “Gatemouth” Brown’s “Okie Dokie Stomp” and Willie Dixon’s “When the Cat’s Gone the Mice Play.”

The album is modern blues-rock at its best.

Hank Erwin, The Copper Album. Like Bruce Carroll (see above), Hank Erwin has been through the ringer, suffering everything from a cancer diagnosis and the deaths of relatives and two bandmates to the loss of his house and a relationship and a serious case of depression. He’s also been a victim of bad timing: he mostly recorded The Copper Album in 2018 but didn’t finish it until early last year – about a week before COVID hit, delaying the CD’s release.

The Kentucky native deserves to get a boost from the record, a 12-track, all-originals collection that evidences rock and country influences. Standouts like “The Beacon” and “Sally” show him to be an emotive vocalist and potent guitarist. Best evidence of the latter: the album-concluding “Hell or Harlan (Reprise) Brittany’s Melody,” a beautifully played 10-minute instrumental that comes loaded with imaginative twists and turns.