Gathering Of The Vibes @ Seaside Park

BRIDGEPORT, CT—What has been the best part of this rainy, cooler-than-usual summer? Why, live music, of course! What would summer be without festivals? The 14th annual Gathering Of The Vibes, which took place July 23-26 at Seaside Park in Bridgeport, CT, was a memorable way to enjoy this shortened summer season. The festival was a microcosm of the summer of ’09 itself—there were insane downpours, intense lightening storms, ridiculous mud, flooding and music, music, music!

Campers began lining up at the gates at 2 a.m. on the 23rd and by noon, according to festival staff, over half of the total campers had already arrived. The skies opened in the late afternoon, just in time for the Donna Jean Godchaux Band and continued long into the night. The Dark Star Orchestra played a four-hour show. This year marked the return of the late night stage which was in the Green Vibes Stage—an enclosed tent with ravey-lights in the ceiling. The tent was its own scene-within-a-scene befitting Pink Floyd tribute band, The Machine, who took to the stage around 1 a.m. By this time many campsites and tents were already ankle-deep in water. Happily, the rain had no effect on The Machine who included a few dub versions of classic Pink Floyd in their two-hour set. They did not disappoint. 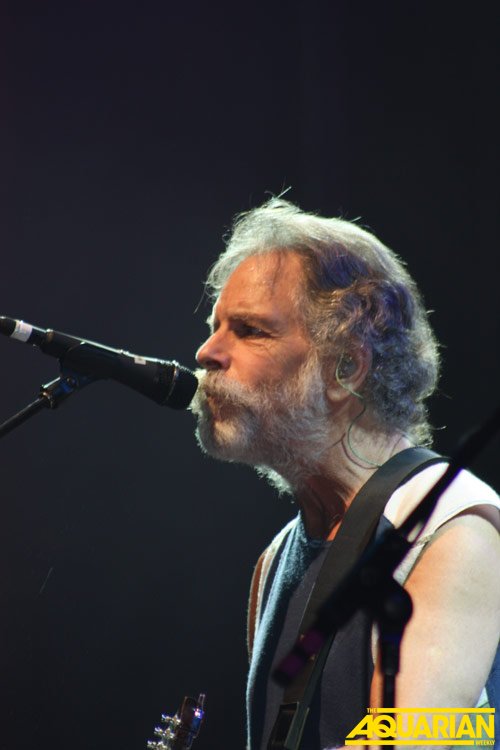 Friday’s afternoon line-up included the sun, along with Strangefolk and JJ Grey & Mofo who rocked with a gospel-driven version of the classic “Got My Mojo Workin’.” Keller Williams & MDS got the people moving with his take on Phish’s “Birds Of A Feather.” Donna Jean Godchaux joined him for GD’s “Eyes Of The World.” The late afternoon saw George Clinton and Parliament Funkadelic take to the stage and give a performance that fittingly brought down the sun and led the festival into a funk-filled night. A rainbow infused George came out to the crowd chanting “We want the funk” and seamlessly melded into “Cosmic Slop.” The stage was loaded with up to 18 people at times including a shirtless, gyrating, white-coat and pimp-hat wearing Sir Nose. Michael Hampton’s blistering guitar ripped through “Maggot Brain.” This song is a must-hear for anyone who considers themselves a guitar fan. (Note to the producers of Guitar Hero—”Maggot Brain” should be included on an upcoming version of the game.) George’s ladies held their own: There was the skating red-haired Kim Manning sang “Red Hot Mama,” Mary Griffin belted out a jaw-dropping rendition of “Dr.Feelgood” and Kendra Foster smoothed it all out with “Bounce To This.”

Deep Banana Blackout gave the crowd a great show and left the stage smoking with a bombastic version of Santana’s “Soul Sacrifice.” Moe. played the Vibes for the first time in 10 years and gave an energetic and well appreciated performance that was unfortunately stopped early due to a lightening storm. When the storm passed, Lettuce hit the late night stage and had revelers packed in and around the big top until after 3 a.m.

Saturday afternoon offered Allman Brothers drummer, Jaimoe, and his band, Jaimoe’s Jasssz Band, at the Green Vibes stage. With Junior Mack on vocals, the band played through a jazzified funk set that would have pleased any fan of John Scofield and Modeski, Martin & Wood. The band’s jazzy version of “Ain’t Waistin Time” included a nod to “Jessica” and was well matched to the bubbles floating inside the tent. “Dilemma” was an original song that would have played well in any AB show. When asked the biggest difference being playing 13 nights at the Beacon Theater with the Allman Brothers and playing here, Jaimoe simply smiled and said, “It’s my band.”

Everyone packed the field to see the Levon Helm Band Saturday night. Despite Levon being unable to sing, as per doctor’s orders, his drumming and the rest of the band captivated the fans. Guest singers helped out including Bob Weir who joined him for GD’s “Tennessee Jed.” Bob Weir & Ratdog gave their usual stellar performance with Bobby looking very Jerry-like in his full grey-white beard. Perpetual Groove wailed late into the night with their progressive jam sound.

Sunday started out with clouds and the threat of more rain when lo and behold, the sun streamed down though the clouds to the uplifting voices of the Harlem Gospel Choir. A favorite of the festival scene, John Brown’s Body delivered an energetic and crowd-pleasing performance. With a sound that could be described as hardcore reggae, the band easily gets people up and dancing. When asked to compare today’s festival scene to what was started by the original summer festival, Woodstock (this summer was the 40th anniversary of the grandaddy of all summer fests), JBB singer Elliott Martin notes, “I love it because each community has their own festival.” The band played at the upstate NY Grassroots Festival a week earlier. “It’s my favorite time of year,” says Martin. “People there [at the Grassroots festival], like here at the Gathering Of The Vibes, are just excited be together, play and rock out in the nice weather and listen to music. And that’s the legacy of Woodstock.”

Grace Potter and the Nocturnals graced (sorry!) the afternoon with a two-hour set that firmly put Miss Potter among one of the best live acts on the scene today. Singing and playing both guitar and organ, Grace made effortless transitions between alternative country and full-on rocker a la Janis Joplin. The band did a jaw-dropping rendition of Janis’ “Try (Just a Little Bit Harder).”

Following satisfying performances by blues master Buddy Guy, Woodstock veterans Crosby, Stills & Nash fittingly closed the festival. Looking around at the crowd you would have never thought that it was 6 p.m. on a Sunday night. In the four years I have attended GOTV it was the biggest crowd I have ever seen stay for the closing act. They gave the people what they stayed for: Hit after hit! I never appreciated how much CSN has done until I found myself singing along to almost every song. I even sang along to their version of Joe Walsh’s “Rocky Mountain Way.” I admit to having been a little disappointed when promoters first revealed that CSN was on the bill (personally, I was hoping for the Allman Brothers). Having seen them live I can now, without hesitation, call myself a real fan.

2009 is the 40th anniversary of Woodstock. It was a time that defines the ‘60s for millions. It’s a memory of a time that will continue to be cherished for generations to come. It is a testimony to that memory that every summer people can still count on music and this scene to bring them together. Gathering Of The Vibes is not a festival trying to be Woodstock nor does the VibeTribe seem to think it’s 1969. What it is, is a gathering of a whole lotta music-loving, good-vibe feeling, scene-digging spirits looking to share a good time together. As emcee, hippie icon and Woodstock original Wavy Gravy, with his fish on a leash, simply put it, “This is the festival I go to every year. It’s the one that most reminds me of the original Woodstock. And we’ve got the mud to prove it.”