ATLANTIC CITY, NJ—Alice Cooper and his Theatre Of Death tour invaded the House Of Blues and, as usual, the stage show changed but not the music and the fans like the fact that they will hear his biggest hits —he gives the people what they want!

Having the show open up with a partial “School’s Out” was unique and it started the concert off with a bang, with a terrific energy that filled the venue. The stage had a gothic feel and his name was spelled out in a blood red font. Visually, it was very different.

The third song of the evening was “I’m Eighteen” and it may have been the cleanest version that I had heard to date. Alice’s first onstage death came during “Wicked Young Man” but there was plenty more where that came from. Let’s face it, he can’t die just once in his shows. 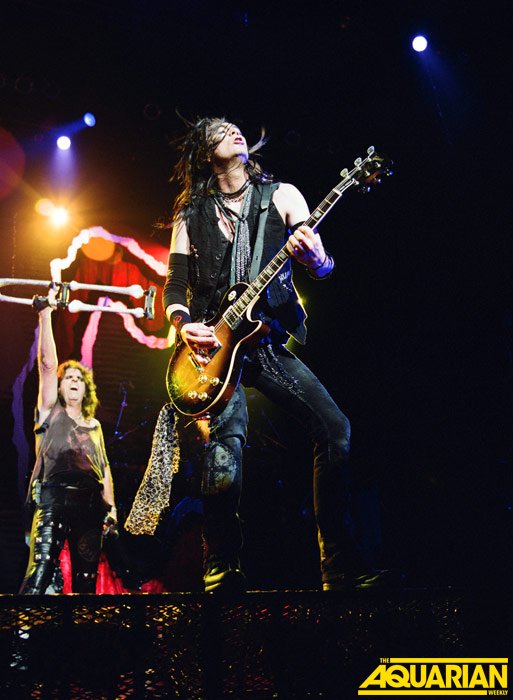 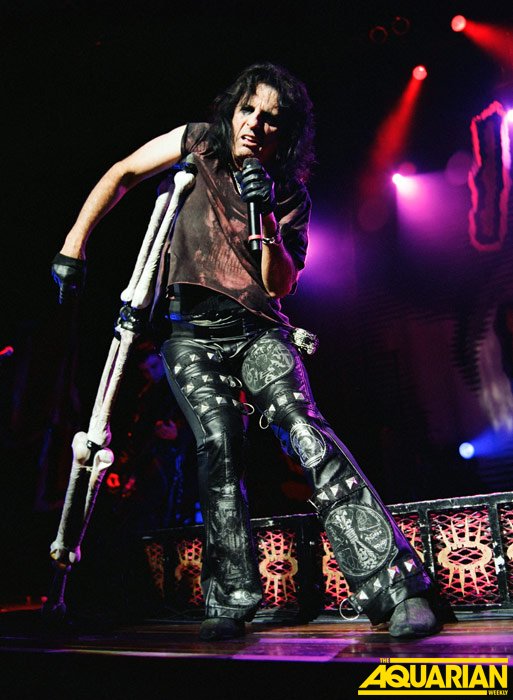 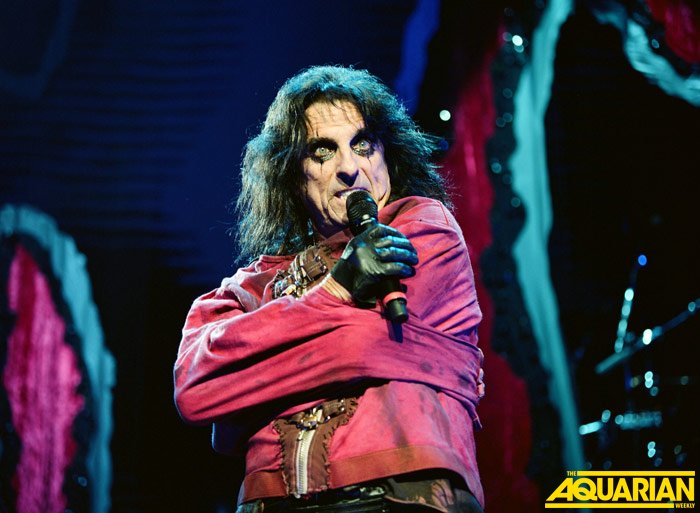 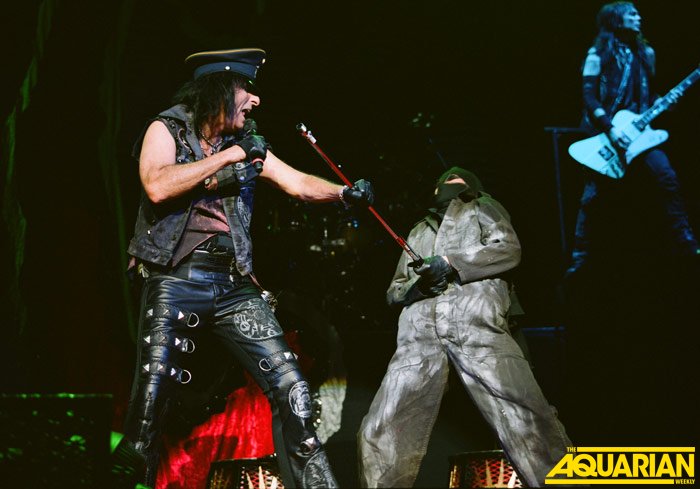 This tour has a shiny new guillotine, a pink straightjacket, and killer band featuring guitarists Keri Kelli and Damon Johnson, drummer Jimmy DeGrasso and bassist Chuck Garric. During the hit “Welcome To My Nightmare” there was some simulated rain and a few songs later female zombies and a hot looking nurse shot up Alice with “Poison.” At the end she tossed the giant needle, stripped off her nurses coat, and then she had sparks flying from some bizarre bladed power tool.

Cooper eventually strangled the nurse after she stripped out of her underwear behind a curtain and then via the silhouette she was snuffed out. It was sexy and provocative. Alfred Hitchcock would have been proud.

During the band’s second extended solo DeGrasso really showed off his percussion skills with some great strobe lighting. The crowd loved it. “Dirty Diamonds” had the usual Mardi Gras feel as he handed out, more like tossed out, diamond necklaces to the masses and then he broke out his sword-o-cash. Maybe they had Alice-bucks that could be redeemed at the tour shop, who knows.

Alice’s final death saw the dead nurse placing him in a box of blades during the song “Killer.” The show finished out with “I Love The Dead,” “No More Mr. Nice Guy,” “Under My Wheels,” and the full version of “School’s Out.”

For the last song Cooper had a silver top hat on and he popped big confetti filled balloons. For an older rocker he still has a lot of energy and his theatrical skills are what set his shows apart from other artists from his era.