Here we go again, my favorite time of the year is right around the corner. The 35th Annual Musikfest will take place August 3-12, after Trombone Shorty & Orleans Avenue lights up the Bethlehem, Pa. night sky on the eve of the fest, August 2, with his unbelievable “Voodoo Threauxdown Tour,” a big New Orleans party with Galactic, the Preservation Hall Jazz Band, the New Breed Brass Band, Cyril Neville and Wolfman Washington. I’ll be standing there and throwing my hands up in the air like I just don’t care.
MusikFest started in 1984 with 295 performers on six stages. Over 180,000 people attended. Now, it’s the largest free festival in the country with 500+ concerts on 16 stages over 10 days. Last year’s crowd topped 900,000. You can pay to see the headliners if you so choose. This year it’s Styx/Joan Jett (8/3), Daughtry (8/4), Jim Gaffigan (8/5), Dierks Bentley (8/6), Kesha (8/7), Gary Clark, Jr., (8/8), GROUPLOVE (8/9), Brantley Gilbert (8/10), All Time Low/Dashboard Confessional (8/11) and Jason Mraz (8/12, followed by the final-night fireworks which starts directly after the last note of the show and all you have to do is turn around and there they are.
But this event is not about the headliners. It’s about the dozens of incredible surprises in all imaginable genres that one can walk right into, the international cuisine and the people. For my annual advance, I sat in a conference room with super-booker Patrick Brogan and his secret weapon, the gal with ears, Helen Smith. I just had to find out who the finds were in advance. Now I know. And so do you. 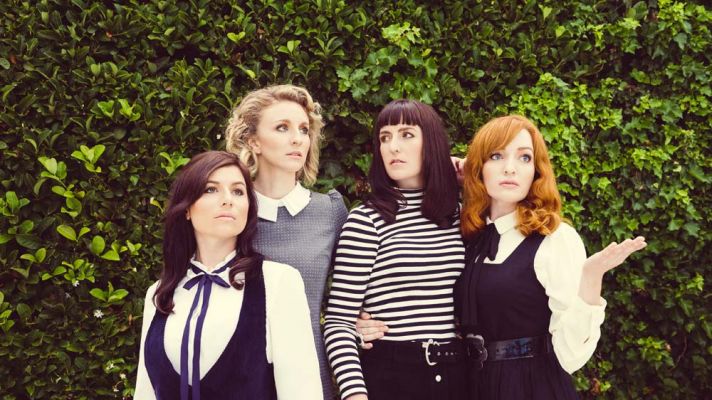 Patrick Brogan: I like the quality and diversity of artists on the main stage. Look at all the people Trombone Shorty is bringing with him. It might be over four magical hours. Kesha’s new album is tremendous. Jim Gaffigan is the only second comedian we’ve presented on the main stage [after Seinfeld]. There’s emo, punk and pop. It’s not as classic rock-oriented as in recent years. We’ve been criticized for that. Plus, what we did on the free stages this year was to take some money from other investments we’ve made and put it towards some souped-up headliners that would normally play the main stage for money but this year will be free…
Helen Smith:  …Like Marshall Crenshaw, Colony House, Marc Broussard, Squirrel Nut Zippers and Weird Scientists. And wait’ll you hear Funky Dogs from Connecticut! They killed it last year with such great energy we’re having them back for three nights.
World music?
HS: Kaleta Coleta & Super Yamba Band is a fusion of African and middle-Eastern rhythms. They’re playing the sixth and seventh at the Volksplatz and Plaza Tropical stages.
PB: The biggest world act we have is Red Baraat, an Indian funk-punk party.
HS: FestPlatz will host The British Invasion Years tribute band, The Truants, Classic Stones Live and Strawberry Fields.
I finally learned how to use the handy-dandy Musikfest app on my phone…
HS: Great for when you’re just walking around because it tells you who’s playing where and what time.
I heard that great Philly band, Ceramic Animal, is a free act this year.
PB: Wild Adriatic too, a power trio. The National Reserve also deserves to be put on your radar, Brooklyn-based roots-rock.
How you fixed for Jazz?
PB: There’s at least 25 jazz shows in the movie theater that we call The Jazz Cabaret Stage. This year, we’ve expanded the hours on the south side. Saturdays and Sundays now start at noon instead of 4 p.m. We found that there’s a lot of people who are looking for something to do as they explore the campus here on weekends, so The Town Square Stage and both movie theaters will have live music. Tributes outside, singer-songwriters on one stage and jazz on the other.
You’ve always had a lot of hot Latin music at Plaza Tropical.
PB: This year, Plaza Trop is more geared towards indie rock. The site just suits it very well. Especially with the giant bar in the back. Indulge in a drink like being at a club! That stage will be the place for new rock discoveries this year.
Folk music?
HS: There’s plenty of great folk, especially The Mulligan Brothers and Wild Rivers from Canada.
Reggae?
PB: The original Wailers, Bob Marley’s long-time band, will be back again on a free stage.
Did we leave anything out?
PB: Talking Heads tribute band Stop Making Sense is always very popular here. Eric Gales is a great blues and soul guitarist. The Ruin Brothers is Tex-Mex rock ’n’ roll. They’re on Jack White’s label. All on free stages this year.
HS: I think The New Respects are going to be this year’s find. They’re doing back-to-back nights at Plaza Tropical. They’re a family five-piece, very young, very energetic with elements of funk, pop, rock and R&B. Every song I’ve heard by them is a ton of fun.
My favorite night of Musikfest is always the last night because of the fireworks. It’s just so celebratory. I’ll never forget Melissa Etheridge’s hot sweaty set capped off by the boom of the fireworks. And, of course, last year’s Jethro Tull concert that had Ian Anderson hopping all over the stage right before the fireworks started.
PB: You’ve got to see The Sofa Kings, a total party band. Oh, and The Aardvaarks, another total party band, also on the last night. There’s parties everywhere on the last night. Hector Rosado, the great Latin bandleader too.

ArtsQuest also books the Musikfest Café, a very cool room on the Steel Stacks campus that recently hosted Nick Lowe backed by those crazy masked Mexican wrestlers Los Strait Jackets who proceeded to kick Lowe in the ass and force him to go back in time. Lowe, 69, has been something of a folky elder statesman of late. But on this night, he was the Nick Lowe who started Rockpile with Dave Edmunds to produce the best rock ’n’ roll album of 1980, Seconds Of Pleasure. The masked men (actually from Tennessee) provided plenty of sturdy surf-rock instrumental joyousness while functioning perfectly as Lowe’s band (they did the same for Marshall Crenshaw last year). I can cross off of my bucket list getting to hear Lowe sing “I Knew The Bride (When She Used To Rock ’n’ Roll),” “Cruel To Be Kind” and “When I Write My Book.” It all ended with the perfect musical question of our time, the song Lowe wrote for Elvis Costello, “What’s So Funny About Peace, Love And Understanding.” It was one of the best nights of rock ’n’ roll all year. For more information, go to musikfest.org.