Avery Mandeville’s full-length debut for Telegraph Hill Records is a force with which to be reckoned!

You know you’ve arrived when just about everyone in a nationally recognized music scene knows you by your first name. That is the case in Asbury for Avery, who really only needs her last name, Mandeville, to cleverly match that of her backing band, the Man Devils. The all-star outfit includes guitarist Matt “Fern” Fernicola, a principal in Avery’s label, Telegraph Hill Records, who also plays in the label act The Burns with Man Devils bassist Chris Dubrow, as well with their label mates Natalie Farrell and his own band, Foes of Fern. Dubrow also plays with Tara Dente and Rachel Ana Dobken, while drummer Owen Flanagan keeps time for Dan Amato & the Sophisticated Gentlemen.

And so they back the uniquely expressive, exceptionally rich talent of Avery, who makes fun of accepted absurdity like Elvis Costello and sings like an indie-rock Billie Holiday with quivers, smokiness and elongation of vowels. With a more indie-rock sound than the players’ other organic outfits, Avery certainly has come a long way since her skinny days playing solo acoustic, sometimes busking on the streets of Asbury Park. Bruce Springsteen once gave her a $20 tip.

I’d only seen her solo acoustic, so it was treat for me to watch the Man Devils drive “Blood” –one of the two best songs released by a local Jersey act so far this year — into a ritualistic ragefest that had about three dozen women in front of the stage screaming along in an exercise of empowerment at Avery’s July 13 record release party at The Saint. In nearly 40 years of covering music, I’ve never seen a song by a local independent act elicit such a meaningfully passionate response. An anthem that releases the anger women often contain in the face of a world of bullshit, “Blood” is explosive, expressive and sardonically funny. With its Nirvana-like blast of emotion, it is the kind of song that can turn an unknown local act into a national star.

I hope that is the case for Avery because she deserves it, and the way “Blood” empowers women is a sight and sound to behold live, on video and/or on her excellent full-length debut album, Happy Birthday, Avery Jane, a follow-up that eclipses last year’s five-song debut with seven new songs and two older ones. The older tracks are:

However, that powerfully cryptic tune deserves better than the pat ending arranged by Fernicola and produced by his Telegraph Hill partner, Joseph “Pom” Pomarico. Fortunately, Fern makes up for it live with a scorching guitar solo.

Happy Birthday kicks off with the live opener, “Get Real,” a Brooklyn-tinged indie-rock rap about a musician who just wants to get paid, be recognized and ward off stalkers. Based on the strength of her new nine-song collection, Avery Jane should be able to do the first two at least regionally. I wish her luck with the last one because Happy Birthday and the live show in which it is presented will bring her more fans, as may a “Get Real” video, the release of which will be celebrated on Aug. 11 at Pearl St. Consignment and Custom Clothes in Red Bank.

The album also contains the closing “Knockoff,” another crowd-stirrer that, like “Blood,” turns individual angst into group rage. “Walk of Shame” is ‘60s-inspired garagedelica meets ‘80s new wave. The bouncy nugget enacts the title as a new-fangled dance craze in the spirit of Bobby Freeman’s “The Swim.”

On a more serious note, “Predator” skewers society, particularly the criminal justice system, regarding the treatment of rape victims and their cases. What’s interesting is that the in-your-face track starts out with beautiful music that turns angrier until it breaks back down into beauty, as well as sadness.

“Facebook” is a jangly, country-flavored romp set within social media and centered around unanswered messages and untagged photos. Avery’s wavery vox is put to particularly good use as she sings, “Every day begins with a text I’m not answering from Chris Dubrow. You know last night, I didn’t give a fuck. The music was blasting, but no one was listening … Every day begins with a song I’m not finishing. I know nobody’s listening.”

A set closer if there ever was one, “Encore” should elicit just that. Another one of Avery’s best, the song equates in a bizarre but beautiful way wrongdoing to an artist receiving an encore. A moody cello by Jen Fantaccione (River City Extension) makes a great track even better, as does the second verse: “Running late to the gig because I’m trying to do my hair/That perfect in between of ‘I care and I don’t care’/I’ve got new stuff coming out soon/Yeah, I’ve got new stuff I’m trying to say/All this truth I am writing won’t ever see the light of day.”

Well, thankfully, that’s not true, but everything else Avery says is within an honest patch of songwriting that is that perfect in between of cute and warped. The fact that Avery holds her own in an indie-rock band with three of the best players in the Asbury scene, yet easily can play these songs on the folkie solo acoustic tip, is a testament to her as a songwriter and performer. And that those busy players have a fresh, original sound apart from their many other projects is a testament not only to them, but also Fern as arranger and Pom as producer of “Facebook”, “Blood”, and “Predator”, along with the skills of additional producer Mike Constaney, who helmed “Alexander” and “Encore”. Props also go to Joshua Perna, who co-wrote and performed all accompaniments on “Get Real”, “Walk of Shame”, and “Knockoff”.

Set to tour in the fall with Virginia folk-punk Mike Frazier, Avery first will play Aug. 10 at The Windjammer, Brooklyn, with The Hell Yeah Babies, Jay Ackley & the Huge Mechanical Failure, and Darien Rectangle; The Vaughns’ End of Summer Splash, Aug. 30, House of Independents, Asbury Park, also with Bobby Mahoney and the Seventh Son, and The Morgan Freemasons, and Oct. 11, The Working Artist, Belmar, with Jake McKelvie, Brook Pridemore, and Program.

Bob Makin is the reporter for www.MyCentralJersey.com/entertainment and a former managing editor of The Aquarian Weekly, which launched this column in 1988. Contact him at makinwaves64@yahoo.com. And like Makin Waves at www.facebook.com/makinwavescolumn. 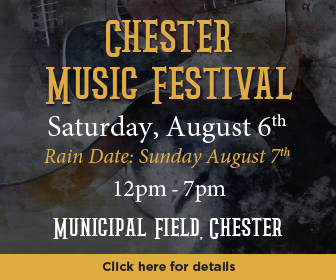