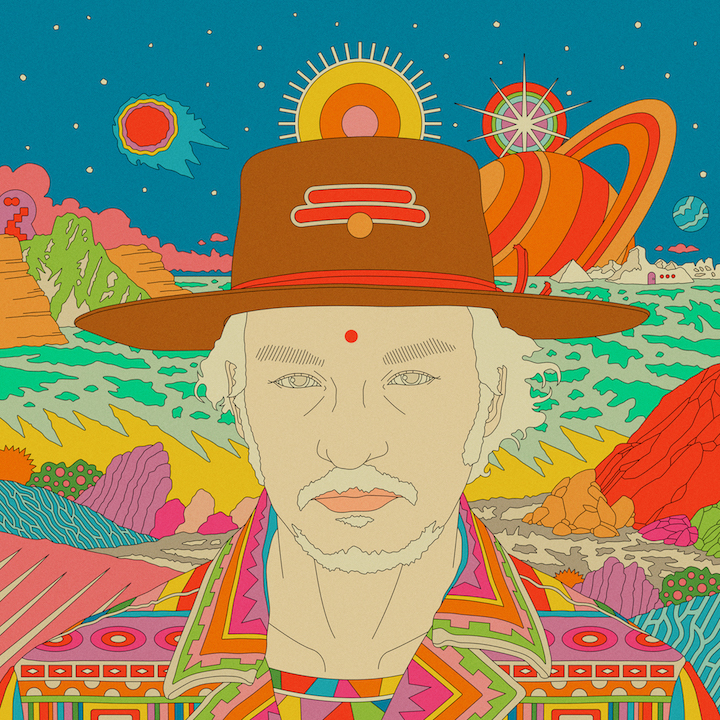 Not many bands can blend cultures and take a stand socially while still being utterly empathetic and completely vulnerable in both their artistry, their musicality, and their message. Night Beats has – without a shadow of a doubt – done that.

With drive and zeal, creativity and experimentation, their new full-length record, Outlaw R&B, takes on a wide range of topics; from the eyebrow raising lives of the Southern states on “Hell In Texas” to the mental barriers brought on by lockdown on “Shadow” to the love of gritty guitar solos on “New Day.”

Psychedelic rock is not usually an overtly sensitive genre. What shines among that style of music is the slick instrumentation, unique grooves, and exhilarating rhythm sections. What psych rock showcases to the world, including existing fans, is that psychedelic rock isn’t as off-the-wall as it sounds. It can be just as mainstream, just as raw, and just as soulful as any other tune on-and-off the charts. Night Beats have a mission to accomplish through their music and they do it well, while also reminding people that psychedelic doesn’t mean unconscious. Outlaw R&B thrives with flowing chord progressions and thick basslines, but also for it’s perception on the world at large during such a chaotic time.

This album is sparkling and shining, too, without being indestructible, though. Sure, it’s imperfect, but that’s the glory of psychedelic rock. It’s crisp on the rock end of things, but fuzzy on the psychedelic side. Putting these two together for an entire album (a fifth album, actually) creates meaningful art, further allowing Night Beats to build a career out of not taking life too seriously, not taking music too seriously, but at the same time putting both on a hefty, vital pedestal.

With a fun, quirky take on rock and roll, Night Beats has shown that music has no borders. Each and every genre, as well as their subsequent genres, are just a media myth. Few real artists go into a studio with a singular genre in mind. Rather, like Night Beats, they go into hoping to create original songs with the world around them in mind. The world around them could be their personal heritage, their individual cultures, their own music taste, or their constantly-updating news feed. By taking anything and everything into account, this brand new record was able to flourish. Out today, Outlaw R&B is irreverent and surprising in the most shockingly melodic way.

For an unpolished sound and a garage band-esque motif, Outlaw R&B has proved that Night Beats are more than deserving of their critical acclaim and ever-evolving success. Who else can take racially charged protests, dangerous global warming, acid trips, and Asian stylings, throw it in a blender, and create a handful of psychedelic rock songs? Nobody can, but Night Beats could, so an entire contemporary rock album with much more than a tinge of purpose came about. (Not to mention it was made both in and amid the treacherous California wildfires.)

Time and time again Night Beats have stepped it up when it comes to musicianship, professionalism, awareness, and imagination. Outlaw R&B marks their fifth LP, but also their fifth, most vivacious, and über-deserving venture into making equally harmonious and hazy rock and roll.