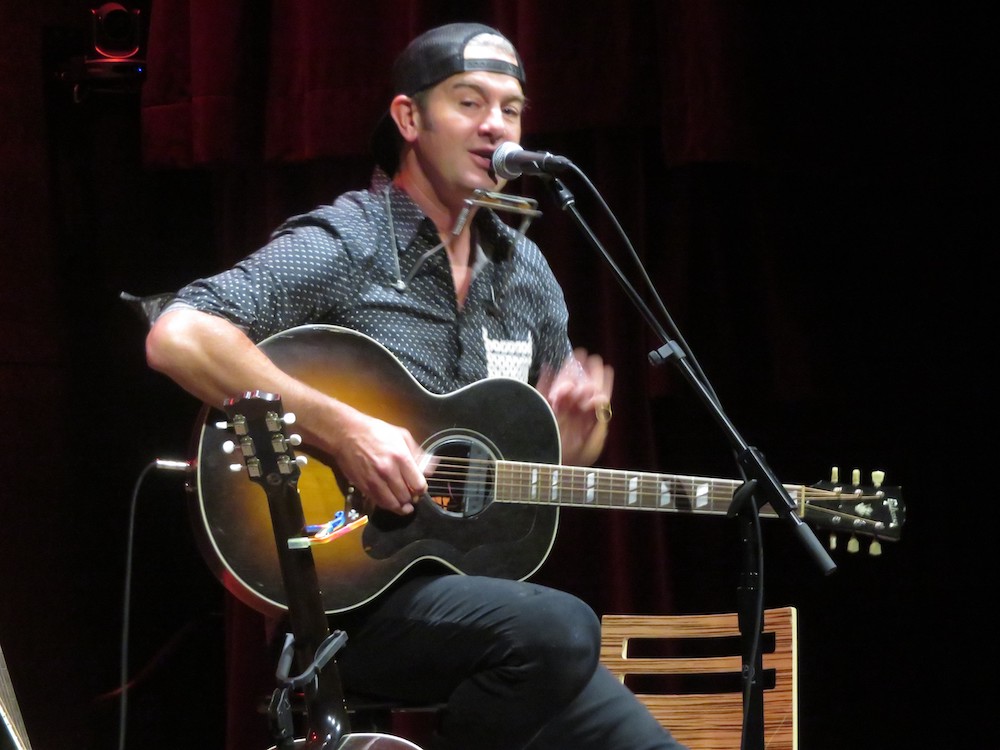 G. Love is unique. He brings blues to hip hop and also bring hip hop to blues. Born Garrett Dutton in Philadelphia, Pennsylvania, Love began playing guitar at age eight and wrote his first song while in the ninth grade. Eventually he placed a harmonica in a wire rack so he could blow blues melodies while playing his guitar. He could not escape his attraction to rap, however. By the time he started busking on Philadelphia streets, he had formulated a distinctive way to marry Americana roots to urban contemporary sounds.

Tonight at City Winery NY, Love sang and rapped without the accompaniment of his usual band, Special Sauce. Instead, he played four acoustic guitars and numerous harmonicas, and was accompanied only by drummer Chuck Treece, a fellow Philadelphian who is a seasoned session musician (and professional skateboarder). Love dedicated their first set to roots music and the second to hip hop.In the 1990s, Love’s original widespread following was among the college crowd, and the reasons were obvious in his live set tonight. The show was not designed to be polished. It was not about finely crafted songs or reflective lyrics. The performance was meant to ignite a party. Love’s audience is 25 years older now and proved to be more inclined to sip wine at a table that to dance by their chairs, but Love’s enthusiasm and playfulness nevertheless sparked a celebratory spirit throughout the room. Love and Treece performed bare-bones versions of some of his better-known songs and some newer songs, but the evening was not about songs, it was about gathering and uniting his fans into a festive groove. While perhaps not as appealing to a blues or rap purist, Love and Treece had a sure handle on playing music for merriment.