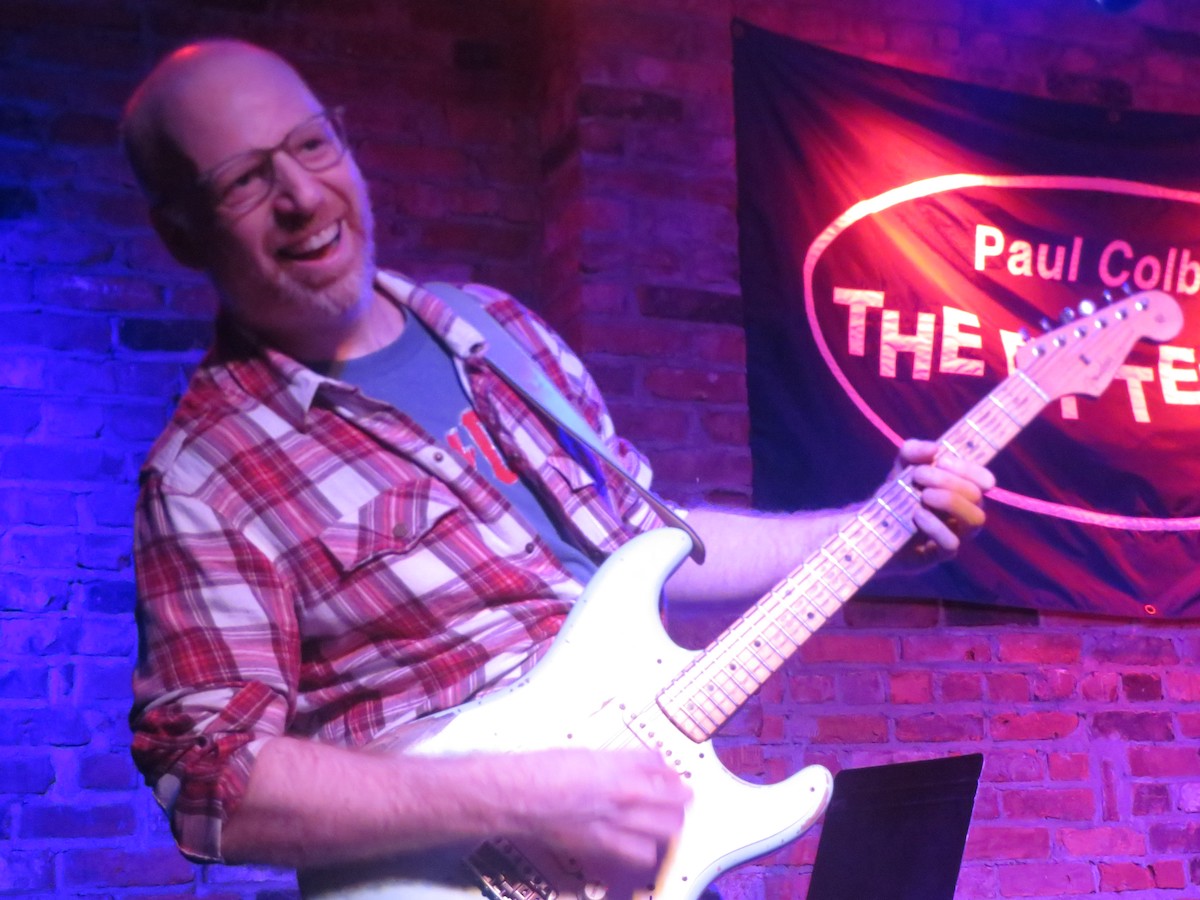 Oz Noy returned to the Bitter End with two of his most frequent collaborators, bassist Will Lee (Barbra Streisand, George Benson, Late Night with David Letterman) and drummer Anton Fig (Bob Dylan, Kiss, Late Night with David Letterman). Performing all instrumentals, the trio played a blend of jazz and rock that hinged on melodic hooks and also reserved room for improvisation. Noy was the lead player, as Lee and Fig provided backbone to cover songs and Noy’s original compositions. Generating funk, rock, and jazz melodies, Noy played extended leads, then signaled to the other players that it was their turn to dig into more complex arrangements.

Over the course of little more than an hour and perhaps a dozen songs, these musicians, often accustomed to playing behind vocalists and marquee players, found the opportunity to stretch and showcase their talents in a very freeing manner. Rooted to the rhythms, the improvisation never ventured into the extreme nor left any loose ends, instead grooving breezily and comfortably within prescribed structures. The music they produced together was not geared for a mainstream audience, and that alone made the performance innovatively refreshing.

Noy tends to play at the Bitter End about once a month, although he seldom plays with the same musicians twice in a row. No two shows are ever exactly the same. It will be interesting to see who he selects as his next collaborators.