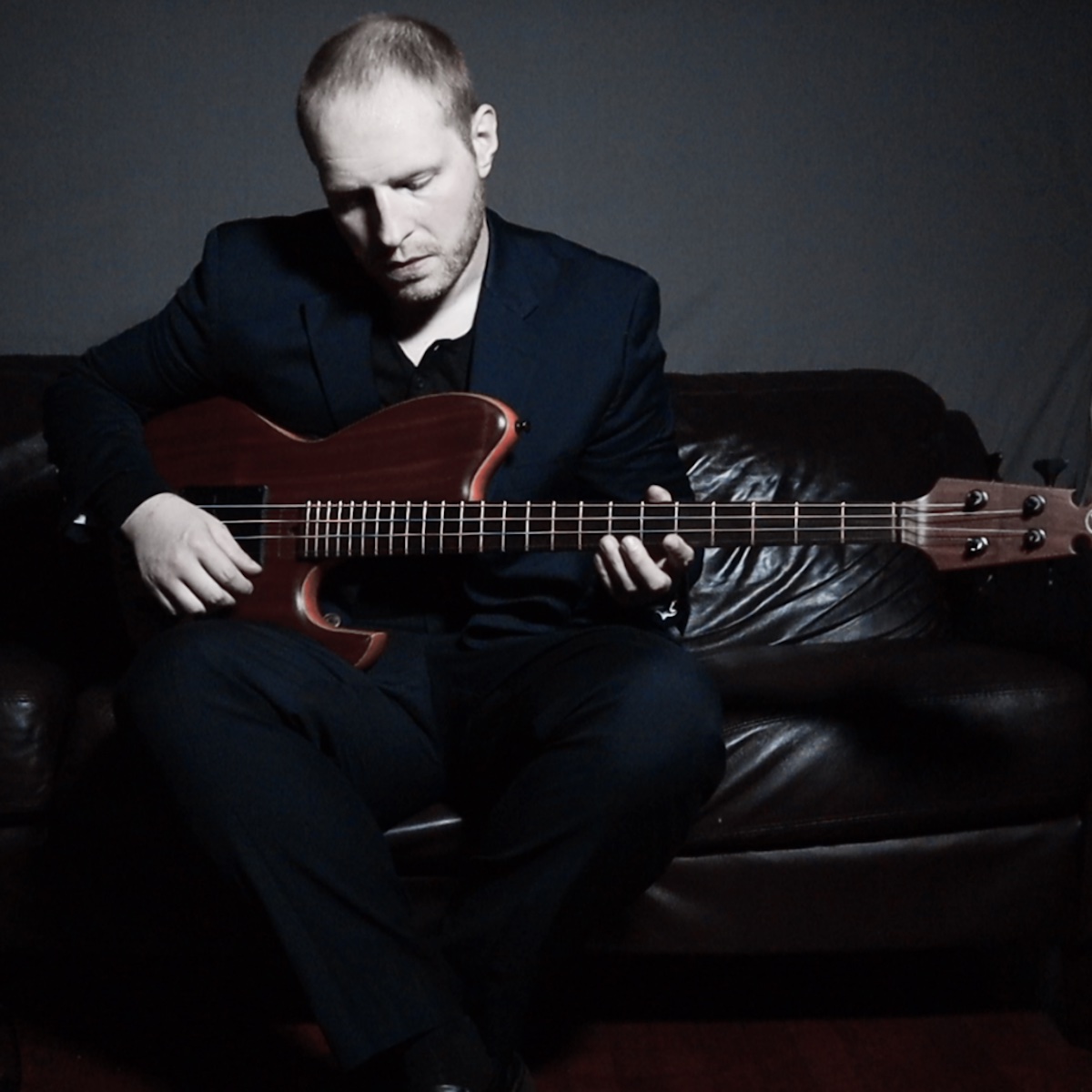 Mike Hall – All About That Bass

Madison, New Jersey native Mike Hall wants to change how people look at the bass guitar. He wants to shatter the invisible glass ceiling of what the instrument is supposed to do.

Usually associated with a band’s rhythm section – its backbone or bottom – the bass has had its share of virtuosos: Billy Sheehan, Les Claypool, Rob Trujillo, and Flea are rock ‘n roll standouts. Few, however, have attempted to redefine or reinvent the instrument like Hall. As a member of Running Late, and more recently as a solo instrumentalist, he has stunned those who have experienced his innovative approach to the four-string instrument. His current EP, The Next Step, includes mind-bending solo bass renditions of songs made famous by Michael Jackson, Guns ‘N’ Roses, and Owl City. (It can be downloaded at mikehallbass.com.)

The do-it-yourself artist, who is extremely busy handling all facets of his career, recently spent a few minutes explaining his approach to The Aquarian.

Doing everything yourself – promoting your music, setting up interviews and photoshoots, and maintaining a social media profile –must be difficult.

I don’t have a team, so I am “do-it-yourself.” I would love to prioritize [my career], so that being a musician would come first. Today, however, I am doing all the less exciting things that come with being a professional musician.

What is your musical mission?

To push the boundaries of what a bass guitar can do. I am not necessarily reinventing the wheel. There have been some incredible, prolific bass players who have come before me like Michael Manring, Victor Wooten (Bela Fleck and the Flecktones), and Jaco Pastorius (Weather Report). And I was raised on quality music like [Michael Jackson’s] Thriller, Led Zeppelin, The Bee Gees, and Metallica: a very eclectic list of inspirations. My main objective is to create really cool solo arrangements that demonstrate the versatility of the bass guitar.

The thickness of the strings makes it difficult for the bass to be a lead instrument.

I have made a name for myself performing with Piccolo bass strings. They are not as thin as guitar strings, but they have the ability to adjust to a variety of pitch ranges.

What makes your approach to the instrument so unique?

What makes my particular approach to creating solo arrangement on bass pretty cool is that I have been involved in pop rock ever since I decided to take the music industry seriously. Starting in 2010, I became a role player in Running Late. I did what I had to do. I contributed where I needed to. I don’t have a Berkeley or Julliard education. I am just a rock and roll guy giving his impression. What I do is demonstrate techniques that are not seen in my style of solo arrangements. I want to show how versatile the bass can be and I want to make it my own. I don’t want to be a clone. I want to make my own impression with this type of music. I want to open it up to an audience that primarily listens to mainstream music.

You look at the bass as more than the backbone of a song?

The instrument was meant to compliment the low end [of a composition], but it can also occupy melody; occupy higher register musical notes. That is why I am putting together arrangements of both well-known songs and newer songs. A lot of artists have done this, but usually in a jazz or new age vein, but it doesn’t have to be [limited to those two styles]. I’ve been able to find success by introducing this style to a broader audience by playing music they can relate to.

How did you develop your musical approach? Were you a typical teenager sitting in his bedroom, staring at a mirror and dreaming of becoming a professional musician? Or were you like Eddie Van Halen, who refused to follow traditions and learn things differently.

I was more like Eddie Van Halen, in that regard. As a kid, I was a frustrated vocalist. I wanted to be the frontman. After I picked up my first instrument, which was the cello, I realized my ambition to progress as a player was in contrast to what was being taught.

Victor Wooten’s philosophy is that you should be able to express yourself through any instrument without fear of being told that you have to pay your dues.

That could mean joining a music conservatory, touring for a number of years before being taken seriously or performing with established musicians. Having the confidence to perform whatever you like, whenever you like, without inhibition you are able to become pretty incredible.

When I was in high school, I didn’t have the patience to study sheet music day after day. I was serious about excelling in orchestra [class] as a standup bassist. Eventually, I lost my passion for playing and it was only when I attended college, where I escaped the orchestra setting, that I discovered the beauty of making music on my own terms with people I enjoyed being around. That was also when I discovered the four greats of bass playing: Cliff Burton [Metallica], Flea [Red Hot Chili Peppers], Larry Graham [Sly and the Family Stone], and (the aforementioned) Victor Wooten. Each were able to make an impression while serving their respective styles of music. I thought that was cool, especially since I was told my entire life that the bass only supports other instrumentation. There are thousands of memes and thousands of jokes about the bass guitar not being important to a project. Those four players, however, showed me that the instrument could be anything that I wanted it to be. That gave me the confidence and focus to see what I could do. I thought, “Maybe I could express myself in a way that still compliments others, but also conveys something on my own.”

That led to your project Running Late?

I was the manager and co-founder of that project. We were fortunate enough to play with a number of huge acts at a number of events and I was able to learn a lot about the music industry. I learned about the bottom line when it came to booking agents, event organizers, and venue owners.

[Laughing] Yes, the evils – and watching it all play out in front of my eyes. I also loved playing traditionally and it wasn’t until 2020, right before the pandemic hit, that I made the decision to go in a different direction… that it wasn’t the best avenue for me.

Your unique approach is certain to present some obstacles to success.

The music industry in unforgiving. If you can’t find a place for yourself in it, no one will lose sleep over it.

How are you planning to present your music live? As a soloist?

I do love being part of a band and succeeding at a high level. I was going to present my solo arrangements as a means of auditioning for other bands or other singer-songwriters that I could collaborate with. Because I have been able to continuously flesh out my technique, however, I am not opposed to performing solo. I need to create enough content to have a 30 minute to an hour-long set list, but I am open to all things.

FOR MORE INFORMATION AND MUSIC – INCLUDING HIS BRAND NEW BASS COVER OF RHCP’S “CALIFORNICATION” – CHECK OUT mikehallbass.com