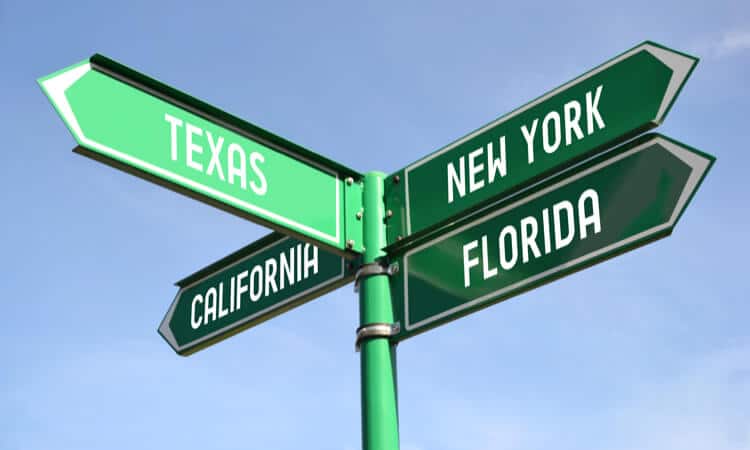 To say the very least, this has been a strange summer for the governors of four of our biggest states: California, Florida, New York, and Texas. To say the most, it has been a friggin’ shit show.

Half of this notorious quartet is mired in an alarming spike in the new COVID variant, Delta, while continuing to mostly ignore its impact on their citizens and play politics with their constituents’ lives. One barely hangs on beneath a torrent of several sexual misconduct allegations that this week came to boiling point after the state’s attorney general announced the findings of an investigation previously touted by the accused as his salvation. One still faces a recall election this fall after his alleged failures in handling a growing housing crisis, rising homeless numbers, a distressing crime rate, and climate change that’s fueled water and electricity woes – not to mention failing to curtail the virus outbreak last year, seemingly fiddling while L.A. burned, so to speak.

A couple of these gentlemen entertain aspirations for the White House, which means if the last guy was any indication, they are well on their way. Donald Trump also monumentally fucked up a response to COVID and bragged about his assaulting of women – and he got to be president. Never mind his continued to lie about having the 2020 election stolen from him, which caused a violent breech on the Capitol, killing now… six officers, is it? Yes, Blue Lives Matter, except if you are protecting a federal building against heavily armed middle-aged white right-wing extremists. Then, fuck it.

California is an economically savaged state with environmental issues from wildfires and floods to smog and pollution – make no mistake, if the northern part of the state goes bye-bye (the most beautiful stretch of land on this continent) then we may as well all pack it in. But mostly, for now, it has a serious COVID issue. Although 53% of California residents are fully vaccinated (way better than most states), it has not been enough to prevent Delta from spreading. To make matters worse, beleaguered Democratic Governor Gavin Newsom was spotted late last year flouting his own mandates, eating at the ritzy French Laundry restaurant, maskless.

In Florida, Republican Governor Ron DeSantis is facing increased pressure from inside and outside his party to take any action to address the state’s surging number of cases and hospitalizations from the coronavirus. He responded by signing an executive order last week banning cities and counties from mandating their kids wear masks in school. And as he did last year during the height of the pandemic, DeSantis has refused to heed CDC guidelines or even acknowledge any measure of mask mandates for businesses, leading to what is now the state’s worst COVID infection numbers, even when considering 2020, and, moreover, according to the Miami Herald, an unprecedented explosion of children being admitted to pediatric hospitals due to COVID. Only Texas has reported a higher spike in child patients, but we’ll get to that horror show shortly.

While lives are not in the balance and the economic woes of New York, especially NYC, and have been recently lessoned, Democratic Governor Andrew Cuomo, once the darling of his party and the nation due to his handling of the pandemic for most of 2020, is being squeezed by Democrats and Republicans alike to resign his office following the results of an investigation conducted by the state’s attorney general that reported that he had sexually harassed eleven women and created a general “hostile” work environment for women. Not surprisingly, due to the new climate of boys will be boys set forth by “Grab ‘Em By the Pussy” Trump, Cuomo is digging in, using The Donald’s playbook of acting victimized by ‘cancel culture’ and a politically motivated witch hunt. The problem for Cuomo is that the Democratic Party kind of frowns on this behavior instead of celebrates it as some kind of dying breed of white male dominance. Impeachment is now on the table.

Last, but certainly not least, is the sad tale of Texas and its governor, Greg Abbott. Like DeSantis, taking cues from failed real estate criminals rather than scientists and doctors, Abbott resists any changes in the state’s policies toward COVID-19 even as the Delta variant spreads at the worst rate in the country. Cases are up more than 200% in Texas over the past two weeks. On the surface that seems bad. Looking deeper, it is a morally bankrupt systemic malfeasance. In the face of all this, Abbott doubled down on his do-nothing strategy this week, bringing to mind the incredibly ineffectual Herbert Hoover laissez-faire non-planning that worked so well to exacerbate the Great Depression. To put it mildly, the utterly silly apathetic governance applied here is gutting the state’s morale on beating back the disease enough to reduce confidence in both the private sector and its government. In other words, if the governor has no ideas beyond “screw it,” then the only way to describe his office is useless.

It’s going to be a fun summer.