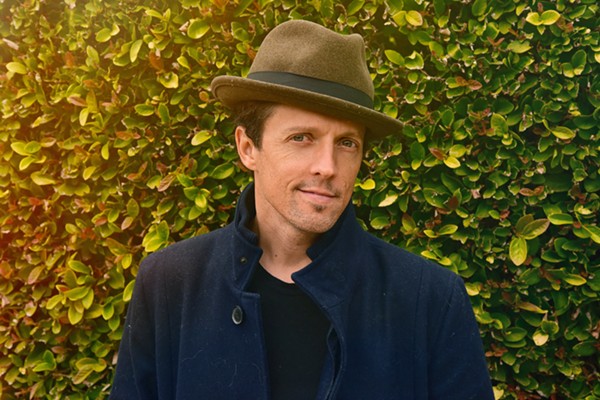 Jason Mraz – Bringing The Good Back

The year 2003 ushered in hits like “The Remedy” and, nearly two decades later, Jason Mraz brings a new kind of much-needed remedy with his latest album release, Look for the Good.

Like countless other artists, Jason Mraz released the album in 2020, but was forced to hit pause on the promo and tour cycle due to the pandemic. Now it’s been a celebratory summer as the “Look for the Good Live” tour took flight.

Mraz issued a deluxe edition of the album on July 16, which includes new songs and re-imagined versions of three Mraz classics, including a ska version of “Lucky,” featuring Grammy-nominated R&B vocalist Emily King, and three new tracks, including “Be Where Your Feet Are.”

We caught up with Mraz just before he kicked off the summer tour. He hit on how he has stayed positive through the pandemic, keeps the fire in his belly burning, and what it means to look for the good in every day.

How does it feel to be able to bring your music to the masses and connect with fans after we’ve all been isolating for so long?

I feel incredibly grateful and privileged because I know there are a lot of musicians waiting for those gigs, so to be one of the few who has those resources as well as the invitation, it’s a tremendous honor. We’re taking all the necessary precautions to stay healthy and safe while we do it. Also taking the right steps to make sure the music is the best it can possibly be so that when people come to see us, they’re dancing, singing, moving, shaking it out, and celebrating with us – because I think audiences also know that it’s an enormous privilege and opportunity to go back into live venues and entertainment in general. This last year really showed how special it is. Previously it was just an option to go to a live show or any kind of entertainment. Then it was taken away from us, so I think this year we’re going to experience just how special it’s always been and get to feel it for the first time again.

How did the pandemic influence your state of mind and the work you are doing? You have decided to donate your album and tour proceeds to the Black Lives Matter Movement.

When I made this album in 2019, I made it because I knew 2020 was going to be a transformative year. We had a divide, a sense of overwhelm, we still had a climate crisis, equality to solve for. These songs, I was hoping, were going to add some goodness to the energy required to face 2020.

We had plans to tour the swing states in 2020 and just try to be out there – remember to present good and positivity while we’re debating and arguing with each other as we still have to all go home and do laundry. We still have to all go stay in line and get coffee – we still have to share the space. Then I was forced to stay home and not participate and it got me thinking about other ways to participate. Actually, what it did was present the enormous privilege I have that I can create any kind of art that I want to make. In this case it’s reggae music, which is historically Jamaican art. I became very present to the enormous privilege I have in doing something like this and I had to look deeper at the purpose – it wasn’t for capitalism – it was for my love of reggae and being creative. I wanted to birth new songs and feel what it feels like to bring something forth, but because it’s still entangled in capitalism through the music industry, I saw an opportunity where I could basically turn that into a socialist act. I thought about diverting the funds to organizations in need.

Here I am singing about change, why don’t you go be change, do change, practice change right now and get the money in the hands of people who are in the courtrooms fighting for that very change, people who are on the frontlines giving voice to where a voice is need, people in childcare and in communities who are helping develop young minds and future leaders in a more diversified manner? To advance equality, all of that stuff could be done. I knew through my dollars and through my relationships that were gained through even that act of where to donate, getting on the phone, and meeting organizations, it became very human. It wasn’t just clicking a “donate” button – it was knowing this was actually helping.

What wasn’t needed last year was me going “Look at me!” – that wasn’t my time. I could still use my art as a privilege to make a difference. That felt good and has informed me now going forward on how I can continue to be purposeful and meaningful with my art, because I know my art is a privilege. Thanks to “I’m Yours,” my bills are paid. Everything I get to do after that is just fun, it’s just an enormous privilege. So what can I do with this privilege that actually serves something rather than just serves my ego?

Gratitude is an important subject, ultimately one of the self-care points du jour. In the track titled “Gratitude” from Look For the Good, you write about many beautiful things in life that make you feel grateful. How did you decide what to write about and include in this song?

Gratitude has always gotten me to the next level. If I’m stuck or swimming in some kind of defeat or negative space, gratitude has always been the thing. Presence is positive, optimism, love, space. It just puts a spin on things. Done through simple language, then the words eventually become action, so when writing a song like “Gratitude,” it’s easy to write about good stuff all around you. I wanted to look deeper. How can I be grateful for some really awkward stuff? How can I show my love for those things that are behind the scenes, the dark things of my past, things I’ve seen? Like I thank “the janitors for all the years behind the scenes” and that’s my stepdad. He was a janitor my whole life. For 30 plus years he had gotten up at 4:00 a.m. and mops the floors at a school. He would employ other janitors. I myself was a janitor after college and it’s not an easy gig. I certainly wasn’t proud of it, being a college dropout cleaning an elementary school. I’d see peers and parents of kids I went to school with. I’d say “I’m working on my music” while I’m mopping the floor. They’d roll their eyes at me and say, “Good luck with your music,” but I knew in my heart that I was going places and that this was a job that somebody needed to do.

I am grateful for that job because it did give me time to work on my music. I’m grateful for my stepdad because he was doing a job nobody wants, so I wanted to look at those moments in my life that weren’t great in the moment, but looking back I see they changed my life and really impacted who I am now – and I love who I am now. I’m so stoked to have all these great things happen to me, [including] when I got beat up or rejected or had to clean up puke or deal with living out of a suitcase because my parents were divorced. To me, it felt like great fodder for a tune.

JASON MRAZ’S LOOK FOR THE GOOD [DELUXE] IS OUT NOW ON ALL STREAMING PLATFORMS! YOU CAN CATCH HIM LIVE AT THE ROOFTOP AT PIER 17 ON AUGUST 21! CLICK HERE FOR TICKETS AND INFO!