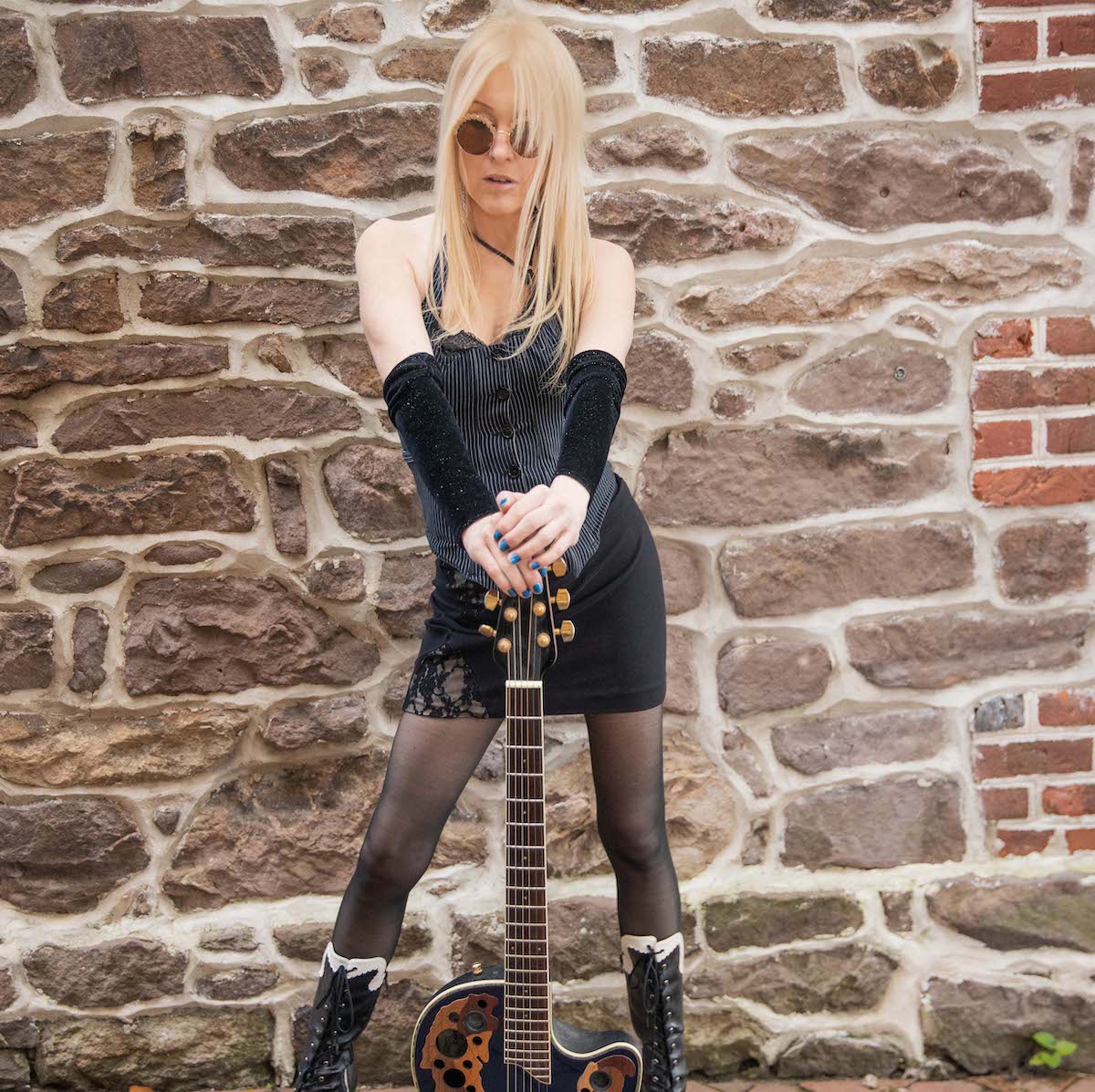 Alt-Americana songstress Lisa Bouchelle has been described a lot of different ways, but most of them come with the narrative that she is one of the hardest working musicians in the business.

In keeping with that persona, Lisa Bouchelle wasn’t going to let the pandemic slow her down. She used the time off from live preforming to record 30 songs, which were whittled down to the 13 that make up her new release, Jump In!, which comes out August 27 via BFD/The Orchard/Sony Music.

Never one to be pigeonholed into one sound or label, Bouchelle’s music can most aptly be described as “Alt-Americana,” because although it is all based around her unique acoustic guitar grooves, it unapologetically encompasses a wide variety of genres, including Americana, pop, singer-songwriter, classic rock, and even gospel. The themes she writes about are most often personal empowerment and believing in oneself and in one’s dreams. In fact, the title track of the album is an ode to not being afraid to take chances in life, to overcome one’s fears, and to “Jump In.”

“This record definitely has a theme of strength,” relates Bouchelle. “A lot of the songs have the subject of overcoming obstacles in this crazy world. I hope people take away from it that no one is dealt a ‘perfect hand.’ It’s easy to see things on social media that reflect the perfect side of people’s lives. Everyone is learning to make lemonade out of lemons in some way. It’s not about instant gratification or perfection. It’s about forward motion. Perseverance is power, and strength is the ‘new sexy’!”

The title track boasts a couple of guest musicians that bring it to a musical peak, with Tommy Kessler of Blondie adding guitar, and 2020 Grammy nominee G. Love contributing both guitar and a riveting harp solo. Nashville’s premiere music publication, American Songwriter Magazine, described the track as, “an infectious ditty sharing an invaluable message of positivity and inspiration… [and] even boasts a chorus with a whistle riff that’ll get stuck in your head for days.”

Indeed, the album is filled with hooks that resonate, none greater than on the song “Love Is For The Making,” which augments Lisa’s acoustic guitar with synth and a dance beat provided by Mike Schmid, who mans the keyboards for both The Chainsmokers and Miley Cyrus. “It was so much fun working on Lisa’s song,” he says. “Her powerful voice, paired with the contagious positive vibes of the song, really made it a treat to play on, and to listen to.”

There are several reimagined cover songs on the album, including a modern take on the classic Peggy Lee song, “Fever,” along with a surprising, haunting rendition of the recent Disney classic, “Let It Go,” and a very moving take on Warren Zevon’s “Keep Me In Your Heart.”

For “Let It Go,” Bouchelle used the lyrics as motivation. “Most people know and love the song,” she muses. “Driving very late one night, for some reason, the song came into my mind. I realized what intense, almost dark words were in the verses, ‘The snow glows white on the mountain tonight, not a footprint to be seen. A kingdom of isolation, and it looks like I’m the queen.’ That, combined with the minor chords, inspired me to sing it a Capella on that ride home, but reimagined as a very slow and haunting piece, and I just thought it sounded so powerful that way.”

Warren Zevon’s “Keep Me In Your Heart” had a more personal connection for Bouchelle. “That is a song he wrote and recorded when he knew he was going to pass away,” she explains. “It is very moving and sincere. I have lost loved ones around me to COVID and have had friends who have gone through the same. I love a song that talks about keeping the good memories and cherished moments of loved ones with us after they have passed on. That has carried me through many tough times. I hope this version will reach others that way.”

A very powerful track that Bouchelle herself penned, and that sounds as if it belongs in a Disney movie itself, is the ballad “I Believe.” It’s a song about believing in one’s dreams and keeping those dreams alive in your heart, even when all the odds are against you. “It was a poem I wrote while I was in Key West,” Bouchelle recalls. “Somehow, I was feeling down that night. I know, who could feel down while visiting Key West, right? I wrote those words as a mantra to myself. Something I could come back to and read when I needed to be reminded to believe in dreams and keep moving forward. It became a source of strength for me. I let a trusted friend read it, and they loved it so much, I considered putting them to music so that I could reach more people who might find strength in the message.”

“I Believe” also has some prominent guest musicians contributing to it, including Peter Mayer and Doyle Grisham from Jimmy Buffett’s Coral Reefer Band and American Idol / Broadway star Constantine Maroulis duets with Lisa on the track. He adds, “She’s an awesome ‘grip it and rip it’ singer and will definitely melt some faces with this record!”

In fact, there are a number of songs where Bouchelle gets to stretch out vocally on the album, especially on the gospel-tinged “Twice As Tall,” an epic track about coming back stronger after being knocked to the ground. “I’ve performed in some off-Broadway shows where I was able to do some challenging vocal parts,” she says. “But this is the first time I really was able to do it in the recording studio. I’m really happy about that, and excited to release what I feel is a really powerful record. “

It’s rare for an album to be both fun and inspirational at the same time, but Jump In! manages to bridge the gap without coming off as pretentious. It’s an outstanding album from one of music’s best voices, with inspiring songs and hooks galore. “I’m really excited to perform the songs live with my touring band, The Bleu,” Bouchelle exclaims. “It’s going to be awesome!”

YOU CAN CATCH LISA BOUCHELLE & THE BLEU IN AN INTIMATE LIVESTREAM PERFORMANCE on 9/3 PRESENTED BY AMERICAN SONGWRITER MAGAZINE. CHECK OUT LISA’S WEBSITE FOR FURTHER INFO AND UPDATES!