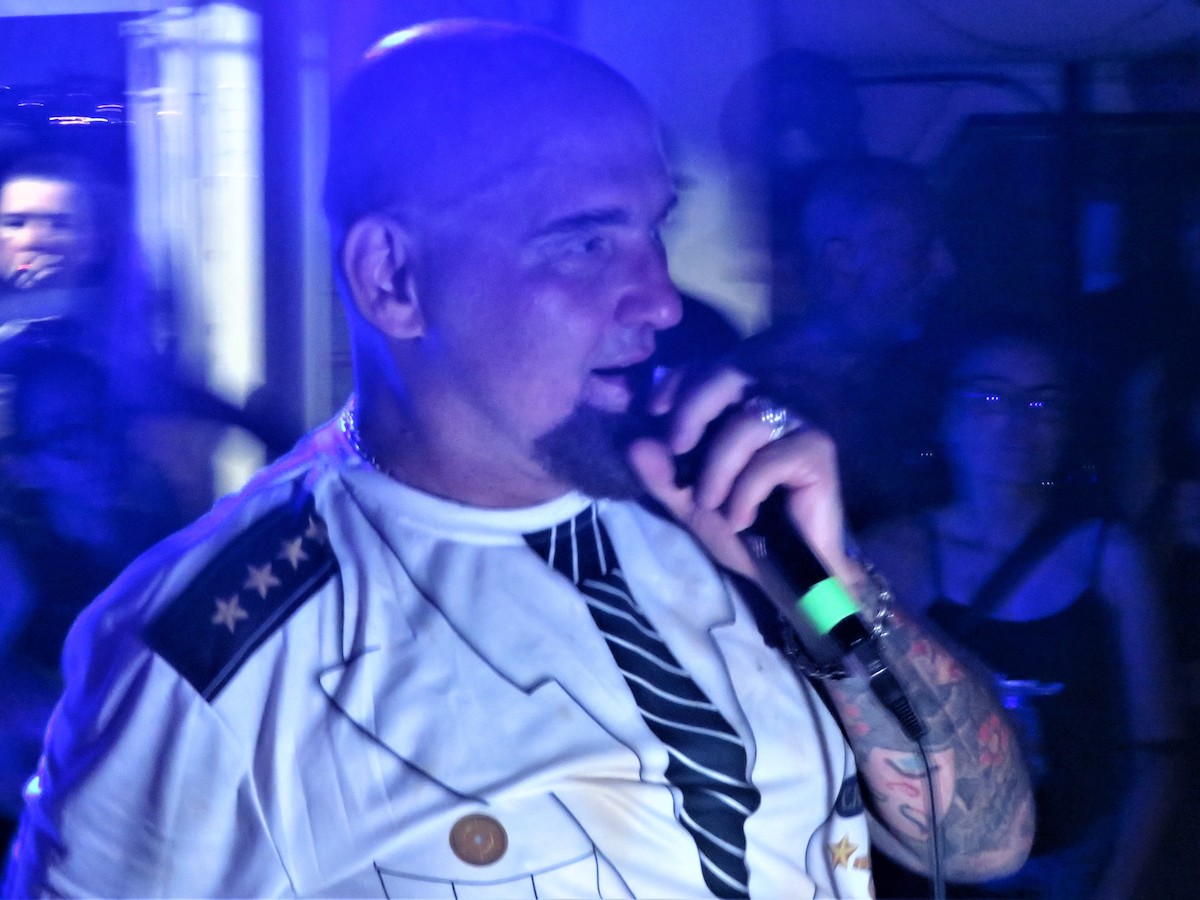 Curiously, Murphy’s Law recorded five albums from 1986 to 2001, yet the band has turned that 15-year period into a 40-year career. More than 70 musicians have come through the band’s ranks over the decades. Vocalist Jimmy G is the band’s sole original member.

August 12 was G’s 56th birthday, so why not celebrate with a Murphy’s Law performance aboard a boat cruise in the East River? The musicians dressed in t-shirts designed to resemble a cruise captain’s uniform. They donned sailor caps and corn cob pipes for a full Popeye look. Gripping his usual bottle of liqueur, sitting on a small cooler filled with beer, G was already well into observing his birthday.

As the Harbor Lights rocked side to side, the audience repeatedly grabbed whatever it could for balance. G and the band launched into its repertoire of fast, rousing party songs. G interacted constantly with the audience. Between songs, G rambled about whatever caught his attention, from praising long-time leaders of the hardcore movement to the politics of COVID protocols. During the songs, G frequently extended his microphone into the audience to encourage participation. With no real stage or other clear distinction between band and audience space, fans mobbed G and piled upon each other so they could chant into the microphone with him the lyrics to songs like “Panty Raid.”

The loose nature of the presentation saw the band stop and start songs again when G wanted to speak with the audience. It also meant that songs often concluded with unpolished endings. Although the band seemed well-rehearsed, G was not intending a slick performance.

Murphy’s Law did not put on a show. Instead, the band provided the soundtrack to a wild rock and roll party. Welcome to the world of Murphy’s Law.