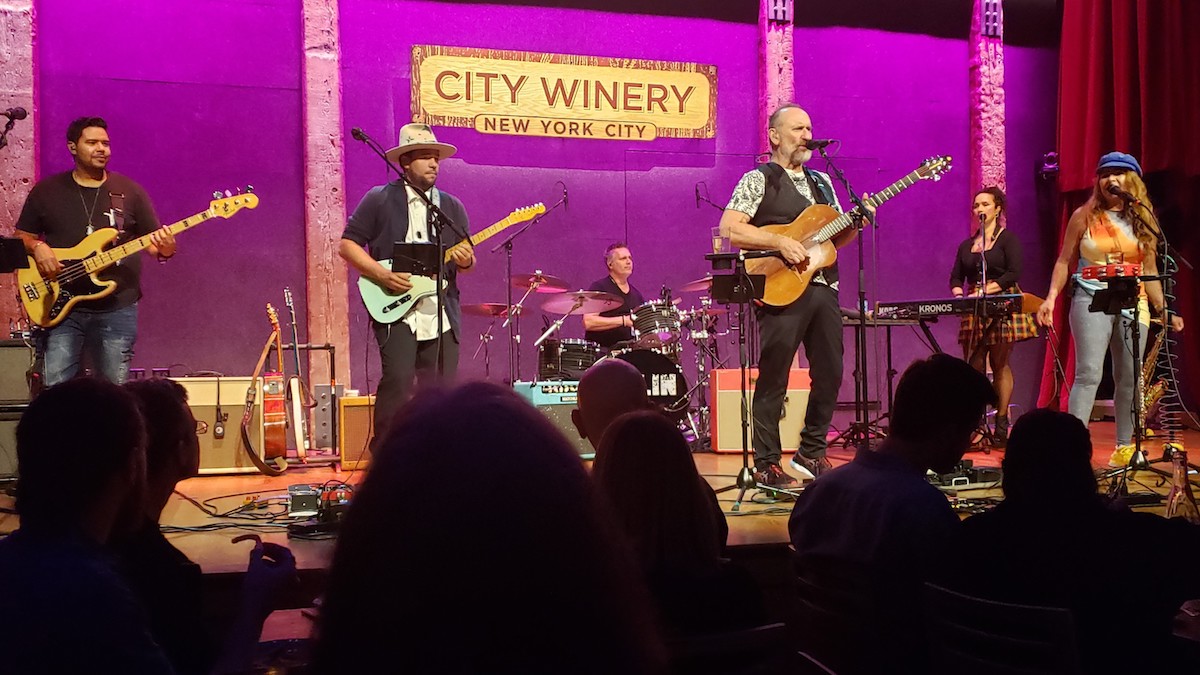 Who can it be now? The “Down Under” band, Men at Work, enjoyed great commercial success for a few years in the early 1980s. In 1982, the Australian band’s debut album, Business As Usual, hit number in one in many countries, including the United States, where it locked into that position on the Billboard 200 chart for 15 weeks. Men at Work’s second album did well, but each subsequent album saw diminishing demand. By 1984, Men at Work splintered and, by 1986, the band was defunct. Lead vocalist and main songwriter Colin Hay launched a solo career in 1986.

In his 35 years as a solo artist, Hay has released 13 albums, including this year’s collection of covers, I Just Don’t Know What to Do with Myself. At City Winery NYC, his set included three songs from that album, six self-penned songs from previous solo albums, plus eight Men at Work songs. Although many of the songs, even the Men at Work songs, may not have been recognizable to many in the audience, the voice was very familiar. Hay’s distinctively foggy vocals, akin to that of Steve Winwood or Peter Gabriel, resounded throughout the room, supported by his smooth band (guitarist San Miguel Perez, keyboardist Scheila Gonzalez, bassist Yosmel Montejo, drummer Jimmy Branly, and percussionist/vocalist Cecilia Noel ).

The titles of several of his songs were unmistakable, even if previously unheard. On Men at Work songs like “Who Can It Be Now?”and “It’s a Mistake,” the titles were repeated again and again in the hook lines. His later work demonstrated a more matured writing style. By and large, Hay’s later work followed conventional song structures and so still might be considered pop tunes, although with less obvious commercial intent. The main attraction was not so much in the individual songs or their arrangements but in Hay’s compelling vocals, still strong and rather unique after 40 years of live performance.

A review of Colin Hay’s performance is incomplete without a lengthier mention of the contributions of his wife, percussionist and vocalist Cecilia Noel. She has recorded albums as a solo artist and with her band, the Wild Clams. Noel was the most animated person on Hay’s stage. She sang background vocals, danced all over the stage, karate kicked and did numerous aerobic activities while Hay sang and the band played. At first, her untamed movements seemed excessive, but as the show progressed, they became increasingly fun to watch.

Hay moved to the United States in 1988 and became an American citizen in 2016. He mentioned between songs that his band is comprised of all immigrants. Hay and Noel reside with their dog in Los Angeles, California. The dog watched the entire City Winery concert from the wings. Noel brought the dog center stage during the band’s final bow.