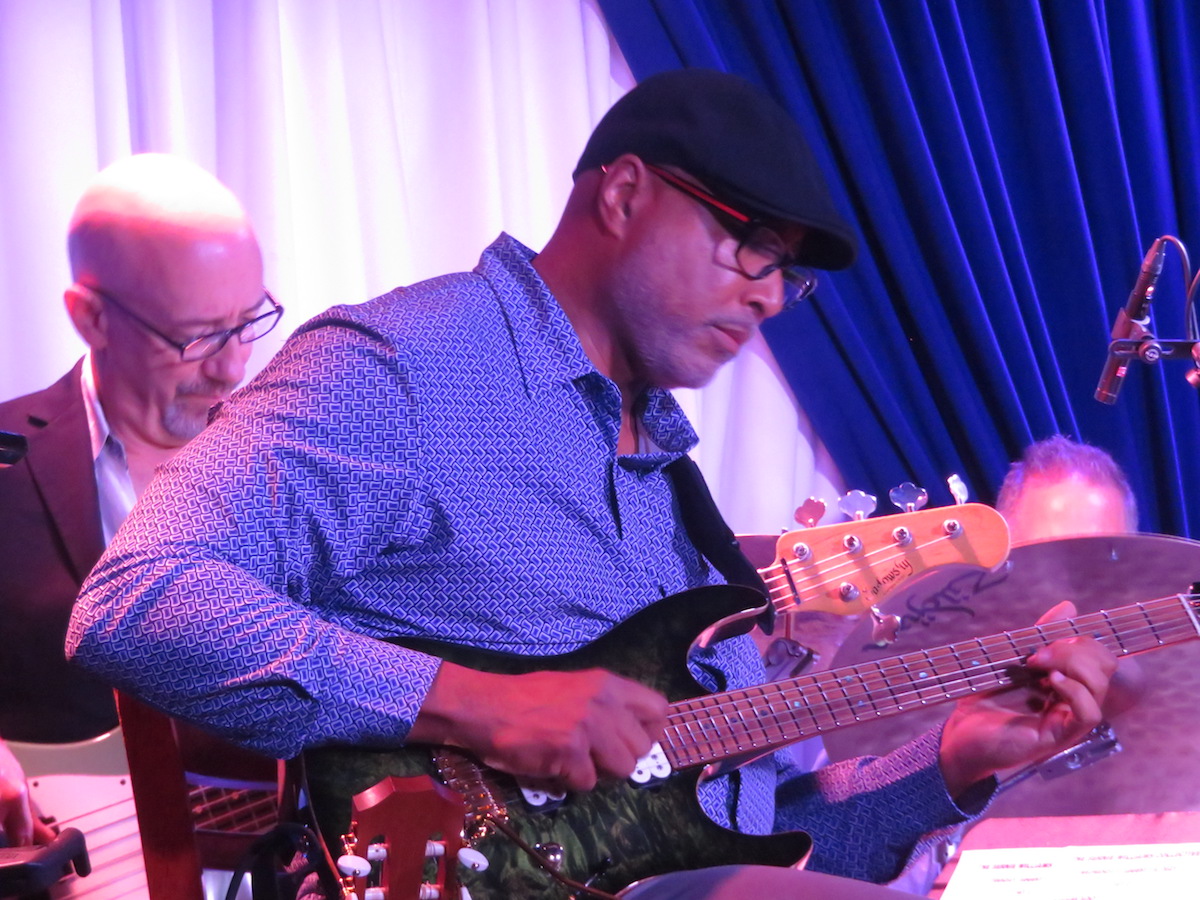 The Bernie Williams Collective at the Blue Note / August 18, 2021

Reinventing oneself is especially challenging when a person tries to move past being a celebrated hero. Bernie Williams was a star switch-hitting center fielder in the New York Yankees fans for 16 years. Since then, he has spent the next 16 years returning to another of his childhood passions, playing guitar, but without basking in the tremendous fanfare of his previous career.

Entertainment figures often do not successfully transition to other careers because they only know how to do one thing well. Williams, on the other hand, has studied classical guitar since his youth in the Bronx and Puerto Rico, and maintained his practice even through his busiest World Series years. He recorded his first album in 2003, while still in the Yankees. After retiring, he studied guitar and composition for a year at the State University of New York at Purchase and released a second album, 2009’s Moving Forward. Like the debut, the album also mixed jazz, classical, pop, Brazilian, and Latin sounds. Studying music was an ongoing pursuit, and Williams received his Bachelor of Music from the Manhattan School of Music in 2016.

In recent years, Williams has jammed with rock hierarchy at the annual Love Rocks NYC concerts and other rare appearances. At his two-night, four-show engagement at the Blue Note, he was accompanied by a fine band of lesser-known musicians. The Bernie Williams Collective played stirring instrumental jazz, embracing Williams’ classical roots along with the Latin rhythms of his Puerto Rican heritage. Half of the set consisted of Williams’ original compositions, which were brightened with ample improvisational contributions from his musicians. The covers included Cannonball Adderly’s “Mercy, Mercy, Mercy,” the Beatles’ “Can’t Buy Me Love” and Stevie Wonder’s “Superstition.” The biggest crowd-pleaser may have been the encore, which started with classical guitar picking on an acoustic guitar and evolved into an instrumental “Take Me Out to the Ball Game.” The audience sang to the melody.

Can a star shine twice? Williams is a talented guitar player and has an inventive sense for creating sophisticated arrangements in his music. If he chooses to establish his credentials as a legitimate musician, impressive performances like this will show the public that his new direction is not a wistful hobby. His music may never eclipse his sports fame, but more frequent concert appearances will establish him as more than a novelty musician.