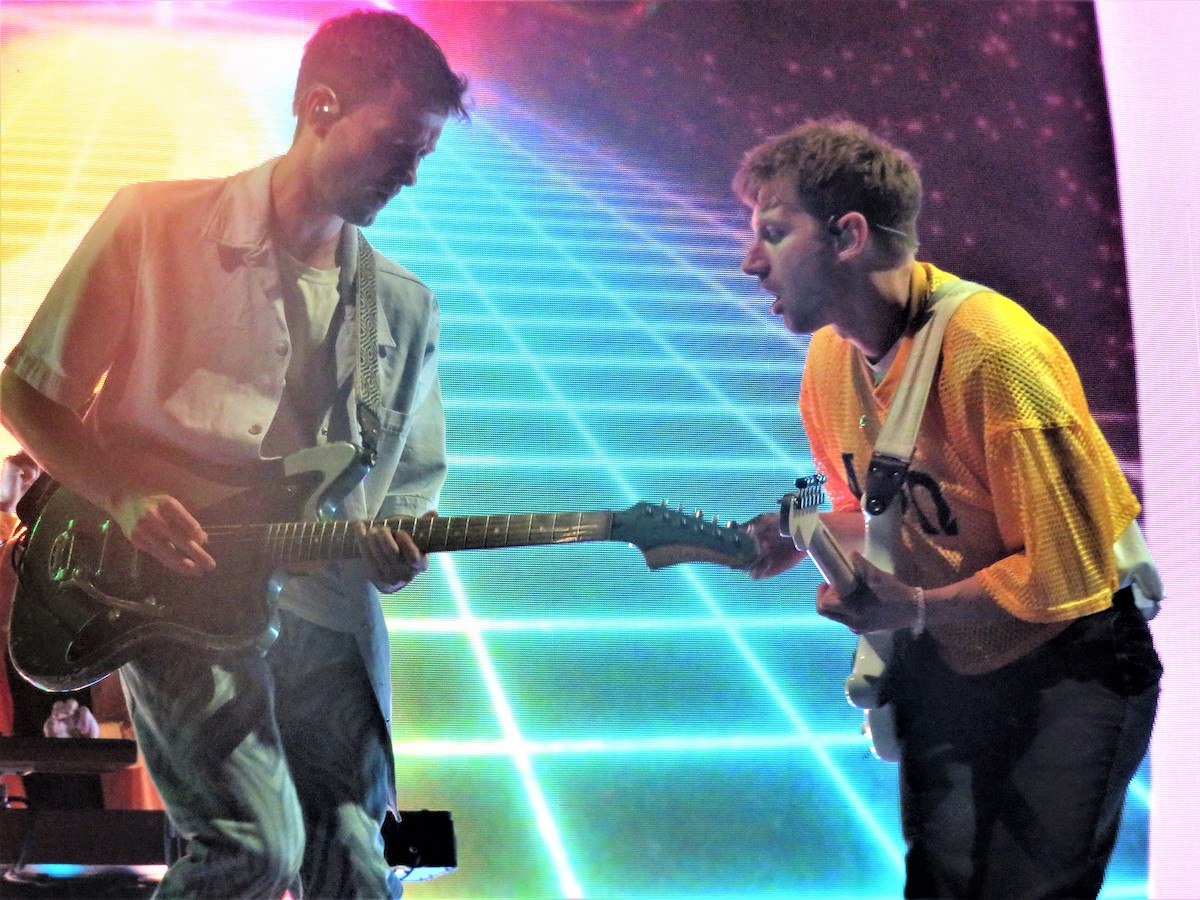 In a rather unusual move by BRIC Celebrate Brooklyn Festival, the concert promoter on August 31 removed almost all the seats from in front of the Lena Horne Bandshell in Prospect Park, Brooklyn. Pressed against the stage to the grassy area in back, the venue was packed tight with Glass Animals fans, most of whom were young women seemingly in their early 20s. The British indie pop quartet last played Brooklyn in February 2020 at the 700-capacity Music Hall of Williamsburg. Despite a lack of musical activity in the past year and a half, the band’s local popularity escalated tremendously.

The Prospect Park concert was packaged as a crowd-pleaser. An imaginative stage set resembled a resort, with the audience in the swimming pool. Early into the set, the very personable lead singer, Dave Bayley, told the audience twice that he felt like this was going to be the band’s best audience ever. Throughout the performance, he worked the audience by singing from the edge of the stage and speaking warmly and candidly between songs. The band (Bayley, guitarist Drew MacFarlane, bassist and keyboardist Ed Irwin-Singer, and drummer Joe Seaward) launched into pleasantly swaying grooves, one after another. Bayley sang soulfully in a near falsetto voice. When he sang from the stage set’s diving board, he looked poised to dive into the audience. The mood was joyous all around.

Bayley was the band’s sole lead singer, but the music was not far from the pop songs by boy-band ensembles of years ago. Many of Bayley’s lyrics were conversations with a girlfriend about their relationship. If there was any pain or hardship in those lyrics, the bouncy, good time feel of the accompanying musicianship generously eradicated all negative sensations. The silky-smooth dance-heavy drive of the songs reduced all sentiments to just another life adventure so let’s enjoy tonight.

Glass Animals provided relief to an audience that endured and survived toxic times since the band last appeared in Brooklyn. Maybe this helps explain why the band’s local popularity zoomed in recent months. Music fans seek a good-time party band to uplift downtrodden spirits, and Glass Animals provided the right medicine at the right time.