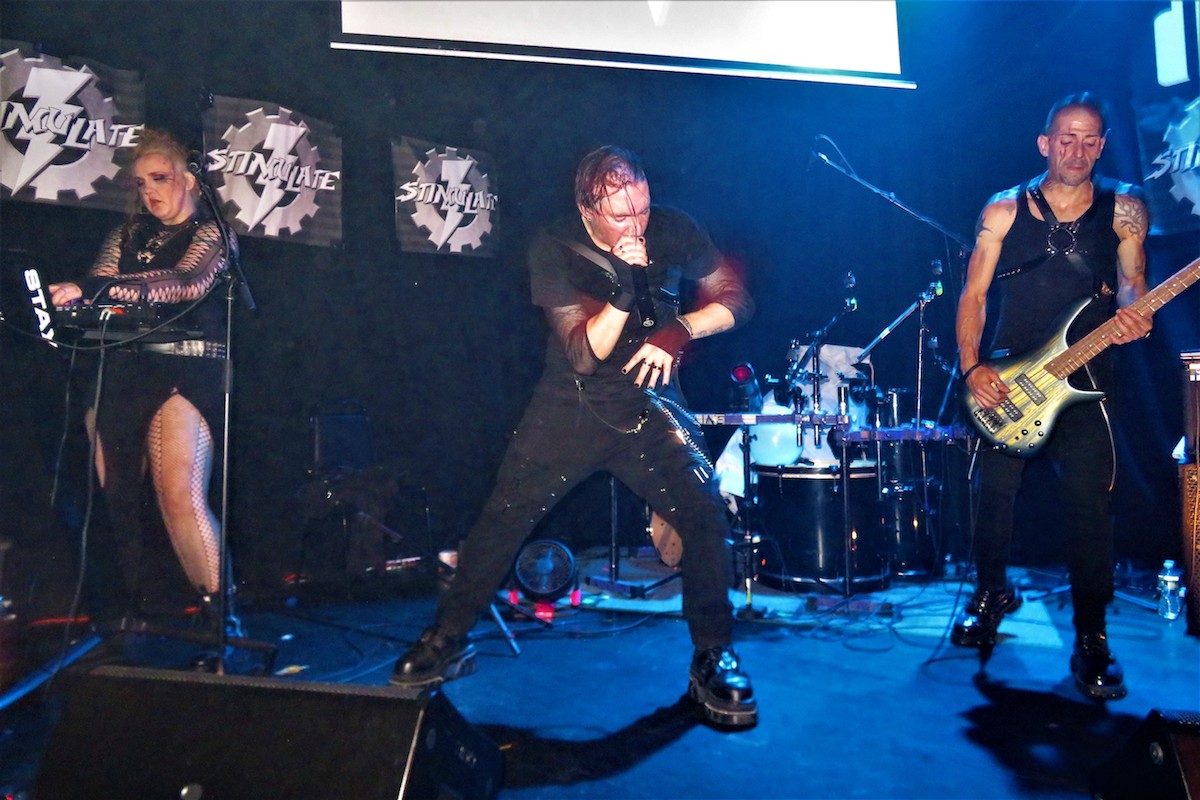 Xris SMack! has revived his monthly Stimulate parties and they are once again the center of gravity for New York City’s gothic-industrial community. The August 2021 edition headlined Xentrifuge and the God Bombs, along with an aerialist and go-go dancers. Welcome to the dark side.

Chris X (Chris Corrado), former drummer in Life Cried, founded Xentrifuge in New Jersey in 2005 as a harsh industrial band. He adapted the name Xentrifuge from centrifuge, a tool used in the creation of weapons of mass destruction. Xentrifuge released studio albums in 2007 and 2009. The addition of keyboardist Lisa Hellen (Lisa H. Sackerman) in 2012 intensified the direction of the project. This led to the Desensitized Parallels album in 2018 and the In a Shattered Mirror album, released on August 6, 2021. Xentrifuge is a frequent attraction at the Stimulate parties.

Xentrifuge took the stage at Stimulate close to 2:00 a.m. with an onslaught of brutal beats, gritty aggrotech vocals, and layers of industrial synthesizer waves. X worked the audience with his distorted vocals and his fast-moving body-throws while a bassist Matt Khaos (X’s twin brother, Matt Corrado) thumped the grooves and Hellen provided pulsing dark-electro rhythms and machine-like noise. Song after song challenged the audience to appreciate aggressive music that was equally abrasive and compelling. Much of the audience responded by dancing and writhing to the strong rhythms.

While similar death rock and darkwave artists sometimes ease halfway through their performance to give their audience a reprieve, Xentrifuge sustained its intensity throughout its set. Xentrifuge played extreme music relentlessly, never giving its audience an opportunity to exhale. The music was engaging, even as it seemed to scrape paint off the  walls of the Dröm club.