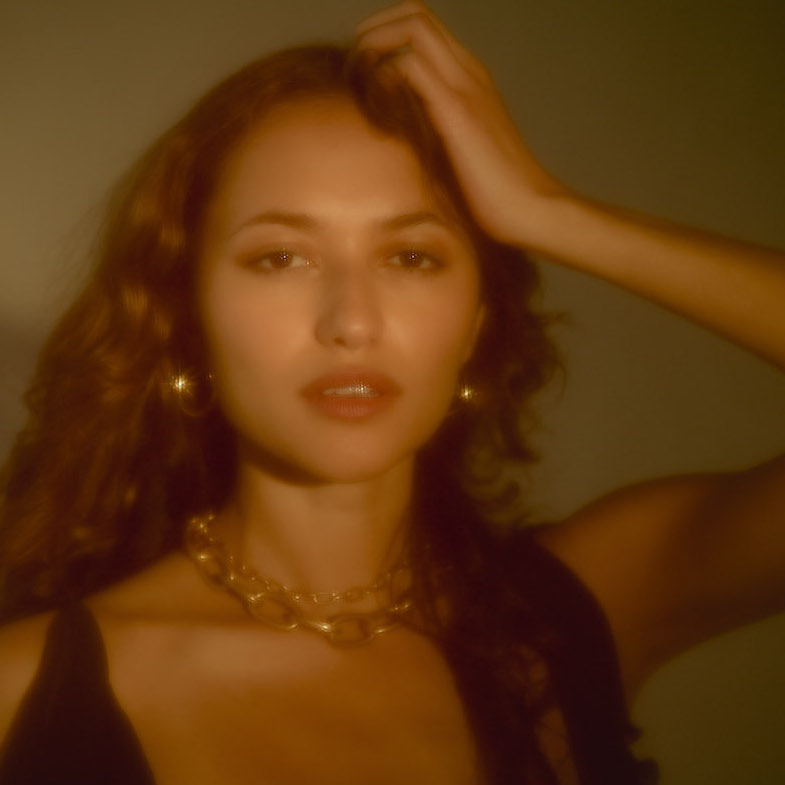 Dousing in sadness and glittering with angst, the latest New Yorker on the indie pop scene is one whose talents reside not so much in the melancholy category, but more-so in one that is animated and warm.

Eva Rose, said indie pop up-and-comer, is a recent New York University graduate who crafts tunes that are wistful, surface level bops, but based in internal, heart-wrenching prose. You could consider her peers to be Olivia Rodrigo in style and age or Hayley Williams in finesse and edge. Essentially a combination of both – albeit highly original – Rose can make the most upbeat and epic tale out of a personally draining experience. That’s what makes a good songwriter, though, and an even more evocative performer. (Again, think of Rodrigo and Williams with their notably strong emotions and even stronger musicality.)

Her most recent release is just a week old, yet has already laid the groundwork for her forthcoming EP. In conversation with the performer, it’s evident that the path she is on is one she is not only dedicated to, but one that she is ready to share stories on.

Let’s chat “Waste Your Time,” your upcoming single release that is also the last before your EP drops. What was your thought process in picking and choosing which songs to release as singles and sort of set the stage for this record of yours?

It’s less of a thinking and more of a feeling process for me. “Waste Your Time” was the second song I wrote for this EP – before I even knew there was going to be one. When my friends, Dominic Florio and Dezi, and I finished the demo that first day, I knew I wanted it to be a single. Personally, it’s one of my favorite songs I’ve gotten to write.

Out of Lives is quite the ominous title for your EP and seems to hold a lot of weight. How did the phrase come about and what about it do you think sums up this record?

The phrase “out of lives” first came to me as a video game reference, and I had it written down in my notes for months before I actually wrote the song. I chose it for the EP title because the relationship this EP revolves around was one that I felt like had many different iterations of it. We kept calling things off then getting back together and at some point, it no longer had legs to stand on. The relationship was out of lives so to speak.

Your very first singles were picked up by many playlists and platforms, including some of the most notable on Spotify, but also for individuals’ own mixtapes and such. Have you seen your songs on any playlists or grouped within a theme or style that surprised you?

I can see a lot of the personal playlists my songs are added to on Spotify and my favorite so far was titled “songs we listen to as we descend into hell (2021).” I find the morbid titles of playlists rather funny because I feel like the sound of Out of Lives is rather upbeat and cheerful, until you take a closer listen to the lyrics. The emo kid within me is very pleased by that.

Your songs sort of have this hopeless romantic quality, even when not explicitly romantic or lovey-dovey. Even your upcoming song has this air of romantic whimsy within its reflective, angsty, and almost apologetic nature. Do these relationship-esque narratives come naturally to you or are these stories and feelings built off something else?

I tend to be a very autobiographical songwriter; everything is based on true events. Songwriting is a way for me to sort out my feelings and view situations from a different angle. “Waste Your Time” was very special to me because I walked into that writing session with a completely different perspective on my past relationship than I did walking out. That song is all about confusing the comfort of nostalgia and old patterns with genuine feelings of affection, and coming to that realization really helped me let go finally.

Eva Rose, as a whole, is this New York City starlet by way of Los Angeles, so I’m curious if these opposing coasts and the experiences within each cultural hub have different effects or perspectives on the way you approach songwriting.

I listened to a lot of California based bands growing up which has influenced my sound in some way – Green Day, Weezer, Red Hot Chili Peppers. I feel like Los Angeles has a more laid-back feel to it compared to New York City, which is very much on the go all the time. I do most of my writing in New York, and I feel like there are so many hungry and talented people here with a level of grit that doesn’t really exist anywhere else. I feel like the attitude of New York added more bite to my music since living here.

The music we have heard from you and we are going to hear from you ranges from having sounds of soul to nostalgic storytelling to pop punk musicianship and everything tuneful and melodic in between. Where do you look to for influence and inspiration, whether it be for lyrical ideas or musical concepts?

Sonically, my inspiration always goes back to my childhood influences. I grew up listening to a lot of pop punk because that’s what my dad would play when he’d drive me to school. My most formative influence was Avril Lavigne. I was four years old when I first listened to her debut Let Go and from there I dreamed of being a rock artist. Songwriting wise, I learned to write music by listening to a lot of folk and country music, specifically Taylor Swift and Brandi Carlile, which is why I think my songwriting style tends to lean more towards a narrative structure.

Outside of the end of this pandemic and a semblance of normalcy returning, what do you hope the next year looks like for you? What about the next five years?

I [had] my first show in over a year in early October, so I hope to be doing more live shows in 2022 and I’m already working on new music for the next project. In the next five years I hope to be touring regularly, continue releasing music, and continue writing for other artists as well. I just hope it’s onwards and upwards from here!

EVA ROSE’S LATEST SINGLE, “WASTE YOUR TIME,” IS OUT NOW ON ALL STREAMING PLATFORMS! HER DEBUT EP IS COMING SOON, SO MAKE SURE TO KEEP UP BY FOLLOWING HER ON INSTAGRAM!