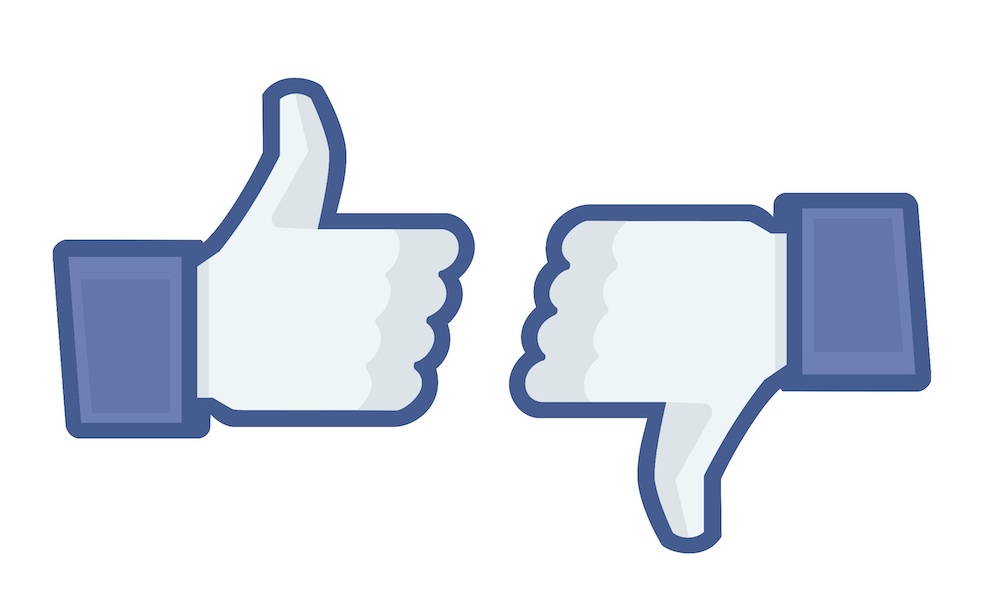 Coming to grips with humanity one “like” at a time.

Facebook’s rank-and-file employees warned their leaders about the company’s effects on society and politics in the United States. And they say its inability to effectively moderate content has magnified those dangers, both in the U.S. and abroad.


The release of the Facebook Papers has underlined a point I have consistently, and most times vulgarly, made in this space for 24 years now: the problem is never with politics, companies, media outlets, art, etc. It is with us. We’re the problem. We make this stuff… and sometimes with the best intentions! Television was to its inventors a way to communicate and educate the masses, raise their awareness, and challenge the intellect and imagination for generations to come. It ended up with Real Housewives of the Jersey Shore and Tucker Carlson. We also buy, consume, and support this stuff we make. We do this. It is our way. So, who could possibly be surprised that when some college dink creates a way to rate women on the Internet that it would devolve even further into a mud pit of domestic terrorism, human trafficking, and Baal Worship groups?

Apparently one Frances Haugen was surprised. So much so that the former Facebook product manager disclosed to the Securities and Exchange Commission a cache of communication and damning data that reveal that (wait for the shocking conclusion to this allegation…) Facebook’s leaders “repeatedly and knowingly put the company’s image and profitability ahead of the public good – even at the risk of violence and other harm.”

This is adorable. Next, we’ll be stunned to learn that oil companies spend billions to lobby and cover-up their pollution of the planet or that the National Football League is nothing more than a gambling delivery system.

You know who runs oil companies and the NFL? Us. You know who uses oil/gas to run our vehicles and heat our homes and incessantly watch the promotion of violence, stupidly and brain damage? Us. We don’t care about the planet or the dumbing of our culture any more than we care if our neighbor dies of COVID. God forbid they might be gay or socialist or religious or want to get an abortion; then, we care. A lot. An annoying lot. But companies? They don’t give a shit about anything but “profitability.” Even “image” is a crapshoot. It’s actually refreshing when someone doesn’t try to sell, say, fascism as some kind of self-help, security measure. This was always the difference between someone like say Ronald Reagan and Donald Trump, although to be fair to Reagan he wasn’t a psychotic terrorist, but still, I like my fascists to be up front about it. Trump is at least that.

But, as usual, I digress.

Also, if I may, this Haugen person was a product manager – and what the fuck does a product manager do at an internet social media site? This was not some poor sucker that worked in the mail room. When she joined this rancid outfit, Haugen was presumably under the delusion that it was there to nurture babies and keep kittens safe. The woman is 38 years-old (21 when Facebook was launched) and attended fucking Harvard! Didn’t she read the dozens of books painting its founder Mark Zuckerberg as an angry misogynist and raging sociopath? Assuming she’s not a reader (Do you have to read to get through Harvard?) there was even a popular film about the whole thing that presents Zuckerberg as all of the above, in addition to a narcissistic, exploitive, backstabbing, lying piece of steaming shit. So, um… Haugen went to work there anyway. Then, I guess, she suddenly found Jesus?

Enough about Haugen – I am sure she is trying to save her soul by whistleblowing, and, for entertainment purposes, we thank her. Let’s get to the Facebook Papers, though, which I assume submits that somehow Facebook has an obligation to keep lunatics from being lunatics or idiots from believing idiotic shit, or whatever it is alleging. Spoiler alert: Facebook was invented and implemented for exactly these things. It is a platform for humans to do what humans do. It is in a way a microcosm of America, which has always stood as the Great Human Experiment. Give people the rights and freedoms to hang themselves or as Lincoln surmised choose to express “the better angles of our nature” and things don’t go so well. I love Abraham Lincoln. He was by far our greatest president and the true moral compass for a nation so badly damaged by “our nature” that he wiped out half the nation and gave his life for the effort, but in this case, Honest Abe was wrong. Our nature does not lean towards our “better angels’ it leans towards Facebook.

We could have used Facebook to come together as a global village and cease hunger and genocide, instead we used it to perpetuate something called Q-Anon, which is a middle-school version of Dianetics, if L. Ron Hubbard’s parents procreated with sub-mental cousins.

The first big revelation in the Facebook Papers is that its algorithms do not properly translate globally, leading to misinformation and hate-speech, which hardly ever transpires here in our English-speaking nation (Cue laugh track). You know what else doesn’t translate globally? Porn and Trumpism. Neither gives a shit, and if you consider this for a hot minute, why should Facebook? You think Chiquita Banana corporation carefully considered the oppression of the Cuban people? How about Apple? Do they lose sleep over eight-year-old Chinese girls putting their iPhones together in poorly ventilated sweat shops for 12 hours a day? I am sure most of us who have these phones don’t give it another thought, but Facebook needs to care?

After the January 6 attempted bloody coup against our government and the blatant attack on the core of our democratic system perpetuated by the then sitting president of the United States and backed by a large majority of one of the two major parties in this country, it was revealed that much of the effort was planned on Facebook. This must have also been astonishing, since most of the people who use Facebook now are middle-aged white angry people. Alas, the network only labeled these activities “harmful,” but “non-violating,” which makes sense, because unlike those who actually worked in congress and helped plan the overthrow of the government on behalf of a crybaby, Facebook does not and should not be the arbitrator of political decorum or possible sedition. Those who argue that Twitter has acted more responsibly, then good for Twitter. While it was their decision to kick off domestic terrorists, this is a business model for Facebook. Hell, someone beyond OAN has to profit from this.

Now, the revelation of human trafficking of Filipino maids is a different story. If this brings Facebook to its knees, then so be it. That ain’t cool, because unlike anything stated above or the nifty discussions on whether the “Like” button is a form of bullying, that activity is illegal – but again, is only a glimpse into what depths human nature can go when it has a chance to exploit, profit or subjugate.

Ahh, Facebook. It is our mirror. We see ourselves and we don’t like it, so we blame the glass. This is what we do, but then we’d only have ourselves left to shout at, and what fun is that? That would be, to use the visual parlance of the platform, a thumbs down.