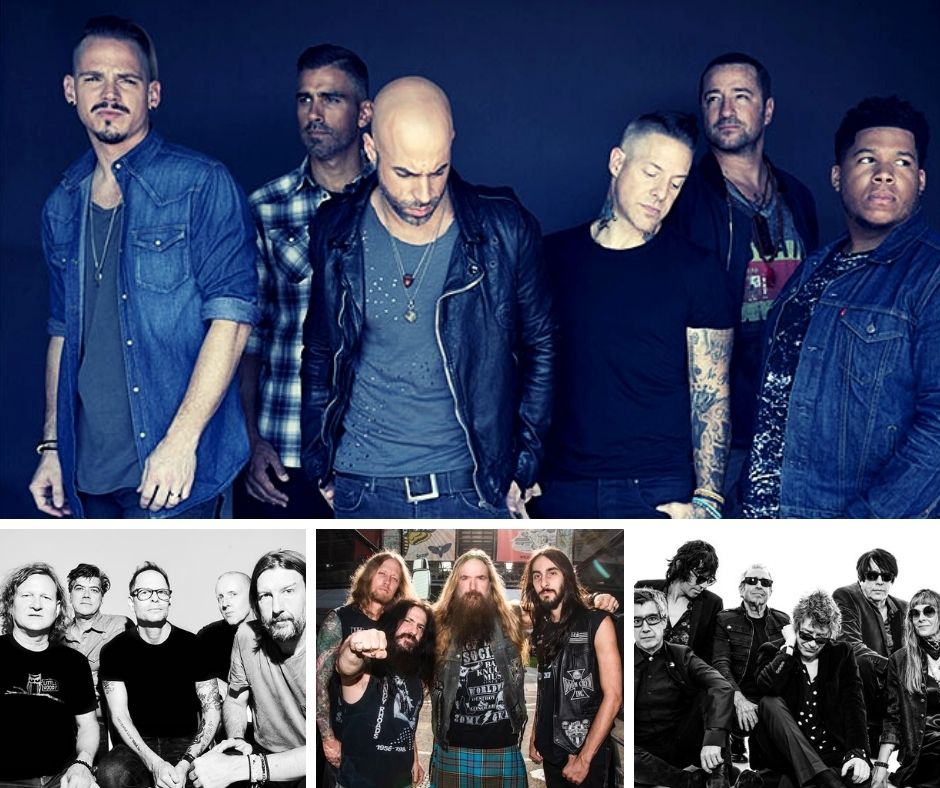 Metalheads, look no further as this is set to be the show of your year. Guitar hero himself Zakk Wylde and co. bring the Doom Trooping Over North America Tour right to the Wellmont Theater. Black Label Society is beloved by hard rock fans – and it’s easy to see why. Passion bleeds through everything they do, from ripping guitar duels to Wylde’s own chaos-inducing charisma. The New Jersey native is known for being a longtime collaborator for the ever-eternal Ozzy Osbourne throughout the years (since 1987!) and will even be playing on Ozzy’s entire upcoming solo album. The tour also features legendary death metal act, Obituary, along with New York based groove metal band, Prong. Rock fans do not want to miss out on the head-banging horde that is Black Label Society on November 10. Get tickets here or enter to win a pair here!

Welcoming Back Daughtry (In More Ways Than One)

Hot off the release of their sixth full-length studio album, Dearly Beloved, Daughtry is on tour and coming to the Wellmont, as well. Back in 2006, Chris Daughtry was winning our hearts on American Idol. In that same year, he formed the now dearly beloved pop rock, post-grunge group, Daughtry. The band quickly rose to stardom, hitting the top of the Billboard Top 200 in 2007 with their self-titled debut, which has gone six times platinum… of course. Since then, the group has produced albums that span the rock universe, with Dearly Beloved being what some are calling ‘a return to their roots.’ If you’d like to hear the band that we fell in love with 15 years ago in all their hard-edged, melodic glory, you can do so in Montclair on November 16. Get tickets here or enter to win a pair here!

Three Plus Decades of The Psychedelic Furs

The British are invading again by way of The Psychedelic Furs. First finding success within the U.S. in 1981 with their sophomore album Talk Talk Talk, The Psychedelic Furs played an influential role in the British post-punk and new wave world. In 2020, they released Made of Rain, an astounding record in and of itself, but especially considering that they had not released a studio record since 1991. Thirty years later, we got something just as special as before. The band even cited modern influences in groups like The Killers and Arctic Monkeys, as well as going back to the classics with Roxy Music. With an album like this, The Psychedelic Furs could pull in new fans along with their older ones. However, the latter were starved of this band touring due to the pandemic. Thankfully, nature has begun to heal and we can now see The Psychedelic Furs return to their live, on-stage roots on November 17 to play both their new brit-pop inspired songs and their classic punk hits. Get tickets here or enter to win a pair here!

The jangly folk sound of nineties alternative rock is back with the Gin Blossoms playing at The Wellmont on November 19. Touring heavily for over 30 years, frontman Robin Wilson and the band know how to put on a great show. For their casual fans, they band are down to play their classics like “Hey Jealousy” and “Found Out About You,” but the Gin Blossoms don’t stop there, because they didn’t stop in the nineties. In 2018 they released Mixed Reality, which featured songs that fit right into their folk rock set list. If the pandemic has been keeping you in from shows, let the experienced Gin Blossoms bring you back into live music with their nostalgic mix of late eighties southern folk and early nineties alt. rock. It’s a specialty of theirs ready to be heard by all. Get tickets here or enter to win a pair here!