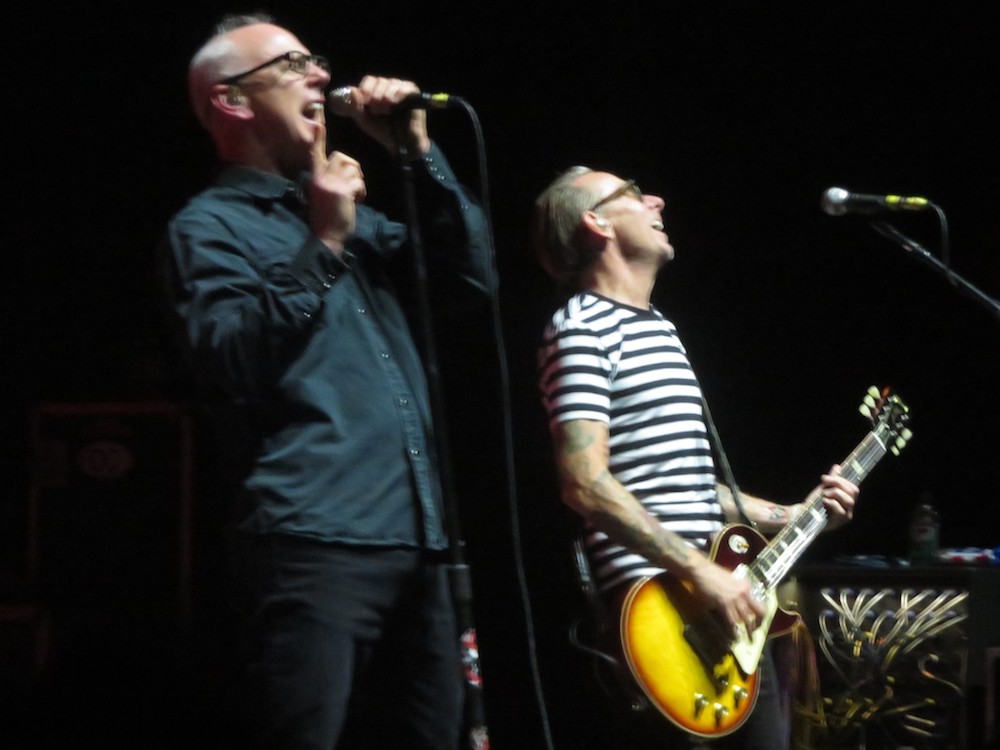 Bad Religion formed as a punk rock band in 1980 in Los Angeles, California. In its first decade, the band struggled financially, breaking apart several times for short periods and reuniting to try again for commercial success. By 1990, punk in California had transitioned from experimental music to loud, fast, and polished pop. Bad Religion was part of this movement and enjoyed newfound popularity alongside fellow Californians Green Day, the Offspring, NOFX ,and Rancid.

Bad Religion is one of the best-selling punk rock acts of all time, having sold over five million albums worldwide. The band also authorized the publication of their autobiography, Do What You Want: The Story of Bad Religion, in 2020.

Decades later, Bad Religion is perhaps the most active of that wave of pop punk bands, touring more frequently even without new recordings to promote. Throughout the 1990s, Bad Religion released a new album every year or two. The band’s 17th and most recent studio album, The Age of Unreason, with its anti-Trump sentiments, was released in 2019. The current tour, postponed from 2020, does not focus on that album at all, instead playing one to three songs from a dozen albums spanning the band’s 40-year career. Even “Better Off Dead” from 1994 made its live debut on this tour.

Despite the band’s moniker, the songs did not challenge religious beliefs, but instead spoke of various social ills, including political distress, societal conformity, bias in media, and the proliferation of hate. Although many of the angrier songs originated under Republican presidencies, the rather sophisticated vocabulary in the lyrics transcended time-locked periods by avoiding specific blame. The lyrics were not a call to respond but rather an ironic and often sarcastic commentary. As such, the band applied upbeat music to even the darkest of its topics. Bad Religion found a formula, and it has worked for decades.