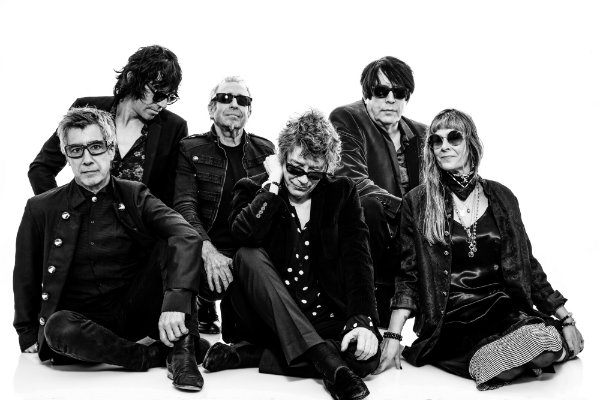 Not only peerless, but genreless is a way to describe the artistry, stage presence, and musicality of The Furs – all of which is being brought to our area this week and next.

Bassist Tim Butler relaxes hours before show time. It is nearing the end of The Psychedelic Furs months-long, cross-country tour and the fact that the few shows not sold out have been close to capacity has not escaped him.

While many of the band’s peers have either faded into obscurity or have become regulated to eighties nostalgia tours, The Furs are as relevant as ever. When asked why, Tim pauses for a moment before saying, “Since we started back up in 2000, we’ve built a reputation for being a [solid] live act. Unlike many of the bands who came up with us during the eighties, [the media] could never pin us down, ‘cause we constantly evolved. We were not a punk, new wave, or alternative rock band, we were all of that and so much more. And unlike those eighties artists, we recently released a new album, Made of Rain.”

This release was the band’s first new studio album in more than three decades was not only well-received by fans, but has also garnered some of the band’s strongest critical reviews ever.

Do you want to feel old? The Psychedelic Furs were formed at the height of the seventies punk scene in London, England by brothers Tim and singer Richard Butler and what could be best described as a revolving door of fellow musicians. When asked about the band’s early Spinal-Tap-like issues with their drummers, Tim laughs. “I guess, like many drummers are apt to be, they lacked the patience to wait around for us.”

The band’s 1980 self-titled debut and the following year’s Talk Talk Talk were not just landmark records, but also helped define the edgier, punk-infused version of new wave. Yes, timing is everything and it helped that the band’s arrival coincided with the birth of MTV and eighties pop culture, but throughout the decade the band were a veritable hit machine with “Heaven” and “Heartbreak Beat,” among many others. This occurred despite the band’s refusal to be locked down into any one musical genre. Through the decade, The Furs flawlessly moved between punk, new wave, alternative, synth pop, straight dance music, and back.

During the decade that inspired so many short, kitschy trends, the band’s “Pretty in Pink” inspired a film of the same name. Not surprisingly, however, the song has aged much better than the 1986 teen rom-com starring Molly Ringwald and Jon Cryer. Ironically, the producers sought a less-edgier version of the song for the film’s soundtrack and briefly considered bringing in another band to record it. When the filmmakers finally approached the band to create “a lighter version,” they suggested The Furs work with an outside producer. Tim now laughs. “We told them we were more than capable of doing it ourselves.” That updated version would become the band’s biggest U.S. hit, landing inside the Top 20 on the charts. Although, soon after, the hits stopped and The Psychedelic Furs went on a decade-long hiatus and were replaced with the Butler brothers’ Love Spit Love.

In 2000, something unique began to happen. Much like how late sixties and seventies rock morphed into classic rock, during the nineties, new wave and its many associated sub-genres began to experience a revival – the music enjoyed newfound respect and appreciation. When a promoter reached out to the Butler brothers and asked them to reunite The Furs for a tour with B-52s and The Go-Gos, they obliged. Yes, the frequent lineup changes were still occurring – guitarist Richard Fortus left to join Guns N’ Roses – but by the end of the decade, the band nailed down a lineup that included long-time saxophonist Mars Williams, long-time drummer Paul Garisto, keyboardist Amanda Kramer, and guitarist Rich Good.

The band have toured nearly nonstop throughout the last 20 years, pausing only, of course, because of the pandemic. Adhering to COVID-19 protocols, the band’s current tour could not have gone any smoother. The trek, which recently reached the North East, is in support of the band’s first album in more than three decades, Made of Rain.

Released on July 31, 2020, perhaps the height of the pandemic, the disc fits comfortably among the band’s legacy of classics. Tim laughs when it is pointed out that Guns ‘’ Roses and My Bloody Valentine, both of whom were both chided for taking so long to release new music, took less time than The Furs took to release a new record. Still, shouldn’t the band have taken a little more time, at least until the pandemic subsided, to issue the new recording?

“The album had already been delayed a few times [because of COVID-19],” says Tim. “We thought the pandemic would soon subside. Little did we know it would still be a thing more than a year later.”

The album was recorded in St. Louis and produced by former Love Spit Love and Furs guitarist Richard Fortus.

“Richard was a huge Furs fan before he joined the band over 20 years ago,” explains Tim. “It was great working with someone who knew us better than we did. He was able to tell us when we strayed too far from the path.”

Although Tim contends that The Furs have been, and will always be, a band, he realizes that he and his brother have been the only constant members. He has also noticed that other bands featuring brothers often stumble because the siblings fail to get along. The Kinks with Ray and Dave Davies, Oasis with Liam and Noel Gallagher, The Black Crowes’ Chris and Rich Robinson, and more all crashed and burned because of family squabbles or rivalry.

The famed bassist says, “I never understood that. Blood is thicker than water. Family is just too important. It is more important than music.”

These days, Tim considers himself an honorary New Yorker. Although he currently lives in Kentucky, he resided in the city for more than 20 years and now laments the loss of many of the city’s iconic venues. “I know The Ritz [morphed into] Webster Hall and CBGBs is now a… clothing boutique?” (It is, in fact, now a John Varvatos showroom.)

“I lived a few blocks from CBGBs. Richard lived across the street from me for a while. He also lived on top of Saint Marks Bookshop which, sadly, is also shuttered.”

As Tim’s time speaking with The Aquarian nears its end, the conversation turns to this year’s Rock & Roll Hall of Fame induction ceremony, which included The Go-Gos and Todd Rundgren, who produced The Psychedelic Furs’ third album Forever Now.

“I heard Todd had declined the invitation to attend the ceremony.” [Editor’s note: Todd Rundgren chose to perform that night at Cincinnati, Ohio’s Andrew Brady Music Icon Center.] “I believe he is upset that the Hall is so corporate driven and fails to let fans have a big say in who gets in,” notes Tim Butler.

How about The Psychedelic Furs, who not only had a slew of hit singles and albums, but have also influenced a legion of newer bands including The Strokes and The Killers? Does it frustrate the bassist that his band has not even been nominated? Tim pauses to carefully consider the question.
“Ah,” he says without a hint of sarcasm. “Maybe next year.”

THE PSYCHEDELIC FURS PLAY THE HARD ROCK HOTEL & CASINO IN ATLANTIC CITY TONIGHT, THE LEGENDARY APOLLO THEATER TOMORROW, NOVEMBER 13, THE WELLMONT THEATER ON NOVEMBER 17 (Win tickets here!), AND THE PARAMOUNT THEATRE IN LONG ISLAND ON NOVEMBER 19. GET TICKETS AND INFORMATION ON THE BAND’S WEBSITE NOW!