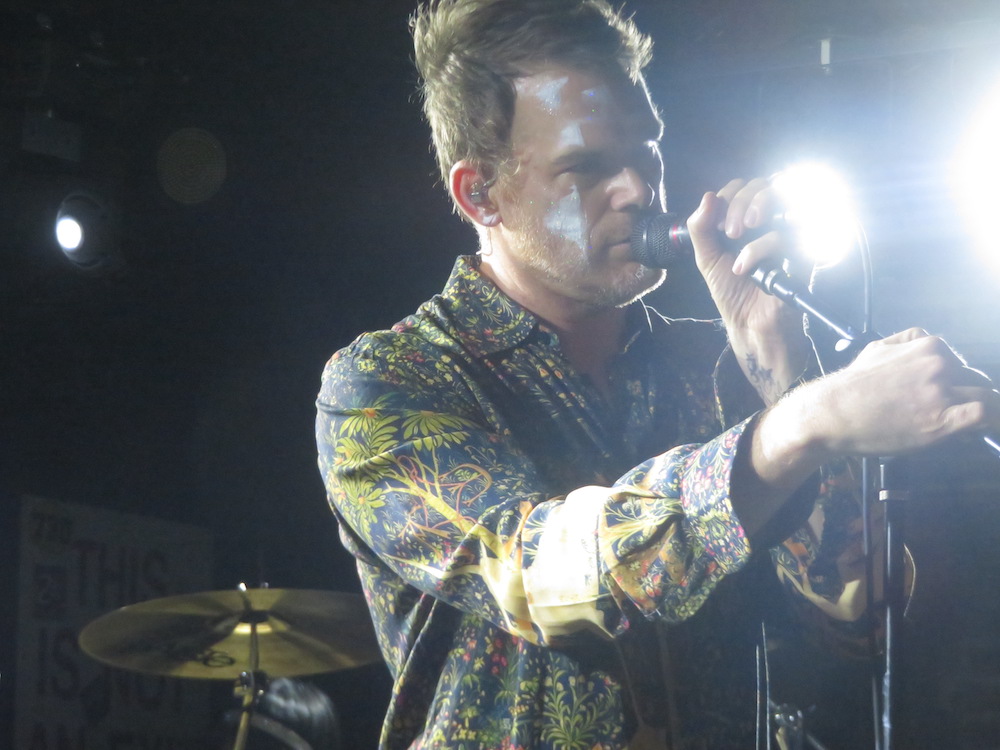 Princess Goes to the Butterfly Museum at Mercury Lounge / October 30, 2021

One actor and two musicians who a few years ago worked together in the Broadway production of Hedwig & the Angry Inch started jamming on some music. They wound up creating original material worth recording and releasing. This led to the formation of the avant-indie trio Princess Goes to the Butterfly Museum.

Vocalist Michael C. Hall is the most recognizable member of the trio, having acted in the Six Feet Under and Dexter television series. Keyboardist Matt Katz-Bohen has been playing in Blondie and also worked with Boy George and Cindy Lauper. Drummer Peter Yanowitz began his career in the Wallflowers and worked with Natalie Merchant, Yoko Ono, Andrew W.K., Billy Bragg, and Wilco. Princess Goes to the Butterfly Museum released a six-song self-titled EP in 2020 and the full-length Thanks for Coming album on February 12.

Princess Goes to the Butterfly Museum was the last band to play at Mercury Lounge before the COVID shutdown, so the two-night encore performance in late October 2021 was a sign of a slow return to normalcy for the band. The trio’s experimental music was quite abnormal, however. Several times the musicians dug into a dance groove and then deliberately altered the arrangement to take the song left of center. Ambient soundscapes led to crashing cymbals. Talky vocals led to higher-pitched bridges. The songs never seemed to follow traditional lines. In many ways, the unorthodox approach to the crafts of songwriting and arrangements were bizarre, challenging, and even brilliant.

Half the songs performed were from the Thanks for Coming album, but as many as six songs were as-yet-unrecorded songs, possibly works-in-progress for a future album. Only two songs were from last year’s EP. The choice of songs suggested that Princess Goes to the Butterfly Museum is more directed towards the future than the past.