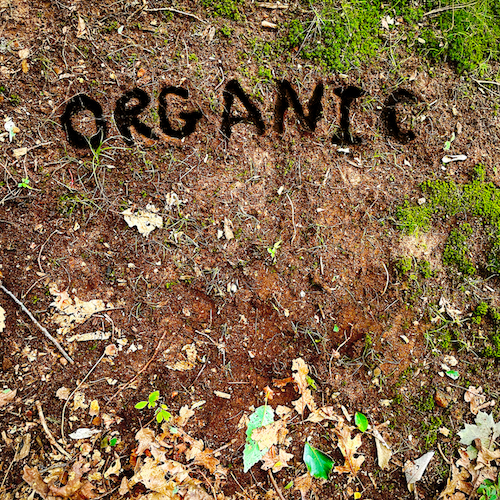 Ross Owen Gets Ready To Release ‘Organic,’ A Rocking, Au Naturale Look at Artistry In 2021

The Jersey Shore offers so much more than Kohr’s ice cream and trips down Springsteen memory lane. It harnesses talent that is as sweet as that sprinkle-covered treat and as real as The Boss himself. Ross Owen, a staple in the Asbury Park scene with an album 48 hours from hitting the world, is just one example of such.

Opening up with what feels like an homage to David Bowie, Ross Owen is able to captive a listener right from the ambient, progressive rock get-go. When this full record, Organic, drops officially on Friday, you are guaranteed to be sucked in and made an immediate fan of the tuneful, experimental rocker with timeless pop sensibilities and a knack for show-stopping improvisations.

That introductory number, “The Tunnel” is a crescendo of sort of glam rock mystery. It build over its timing of just two minutes, setting the stage for an almost musical coming-of-age. Kids, tweens, and teens alike are pretty interesting, but its when they enter the real world as adults that people look at them as whole and are ready to hear what they have to say to the fullest extent. That is Organic for Ross Owen. Organic is the singer-songwriter’s tale of finding himself in and out of art. We, the audience, are more inclined than ever to listen because not only does he now have experience under his belt, he also has that same youthful demeanor that carried him through adolescence. (As well as two previously released LPs, Sylvænus and Seed, that came out in 2018 and 2019 respectively.)

The overarching cadence of this record and each of its 11 tracks is an idea of defiance. Owen doesn’t fit a mold or a genre or a box or a playlist. He is able to transcend all of that and more by nitpicking the musicianship of the greats, keeping a keen eye on what is charting today, and following where his heart leads him. That balance is exploratory and not the most glamorous at first glance, but it forces the listener out of their comfort zone in favor of whimsy and innovation.

Don’t get us wrong, Organic is a professional piece of progressive pop music, but it is as easy to listen to as the early days of America and the mid-career works of Cheap Trick. Ross Owen crafted something that is familiar, yet personalized, toeing the line of nostalgic while illuminating the importance of appreciating your predecessors. On songs like “Drowning” and even “Drop in on a Friend,” you can feel an echo of the mid-seventies deep in your soul – even if, like Owen, you weren’t around for that age of music and creation.

The young artist is insightful about the early pandemic days on “Viral Nightmares.” It is a gripping track that throws caution to the wind even while talking about something so widespread, dangerous, and formidable like a global pandemic turning the world as we know it upside down and only enhancing the need, use, and understanding of Internet connection (literally and figuratively). The depth of “Viral Nightmares” is not only in the story its telling and how relatable it is as a young person being whisked away into COVID testing and Zoom meetings, but in the groaning organ laying low under each and every upbeat layer.

Amid the strength and hope there is fear underlying and that is this organ which solos at one point in the song, furthering this narrative that reality, no matter how wild or topsy-turvy, will always prevail. Owen himself is strong in the mere fact that he embarked on creating his third release during a pandemic and is releasing it while still sort of in the midst of it. He is young, but he is no longer an impressionable creative force. (Recording an album in Newark, New Jersey will people question vaccines and attempt to connect with friends online will do that to you.)

Of course, there is a twinkling entertainment in our favorite number from the soon-to-be released record: “Pug in a Sweater.” The title alone is enough to make you smile, but the mesmerizing bongo-esque backbeats and swirling instrumentation lay out an impossible basis for the simple, but effective vocals of one Ross Owen. It’s fun and poignant, produced to a tee, and elevated more and more as the album rolls on toward the concluding track, “Fail Safe (Out of Sync).” The buoyant song is possibly the singer-songwriter’s most eclectic and electric to date. At almost seven minutes long and venturing into an array of different soundscapes, including nineties rock riffs and early 2000s spoken word, “Fail Safe” rivals the prog .rock aura of Yes and boasts a moody storytelling ability in the realm of pre-Pretty Odd Panic! At The Disco.

This rising lyricist and indie rock musician is explicit in his actions, his style, and what he wants to convey in a single song or album package. Reminiscent of a young Beck, Ross Owen mixes and blends what he needs to in order to share his visual completely and wholly. Here, on Organic, he is opening up the flood gates of broaching his twenties during a health crisis with hope in his heart, worry in his brain, and music in his soul. We are seeing an artist come to be through harmony and melody, but also quite literally through experiencing the real world enough to truly talk about it and reflect.

ORGANIC IS OUT THIS FRIDAY, DECEMBER 10, WHEREVER YOU LISTEN TO MUSIC! KEEP UP WITH ROSS OWEN BY CHECKING OUT HIS WEBSITE NOW!