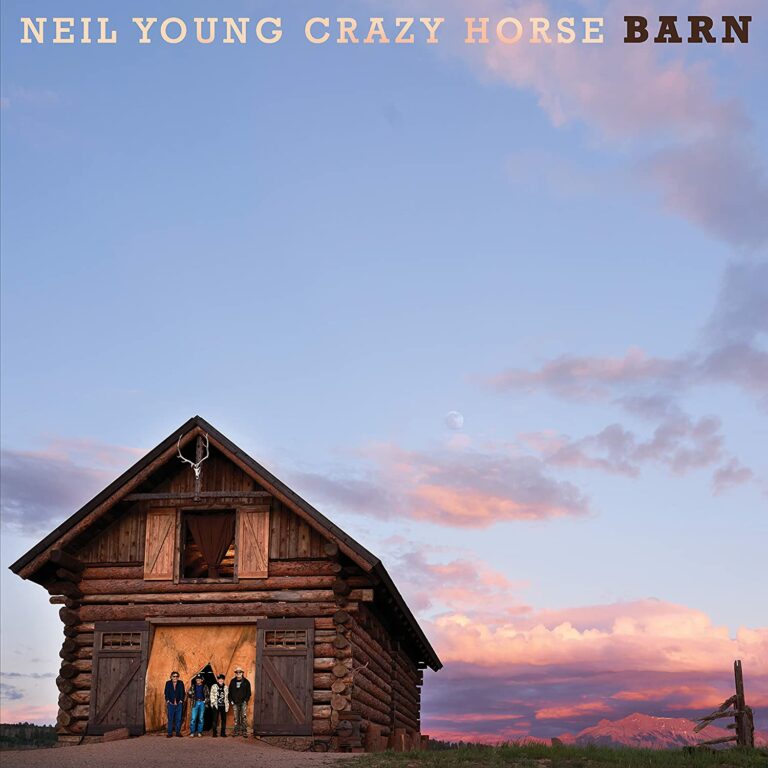 Lots of great records have been written in barns. Bob Dylan’s The Basement Tapes and The Band’s Music From Big Pink were recorded in a big, pink farmhouse in upstate New York. Queen spent three weeks crafting “Bohemian Rhapsody” in a barn. Neil Young and Crazy Horse have done the same with their new album.

Neil Young, 76, has been a member of several legendary bands. He started his music career in 1963 when he formed his first band, The Jades. Then, he was in the Squires. While with that group, he met Stephen Stills and played alongside him in Buffalo Springfield and Crosby, Stills, Nash, and Young. Young next joined The Mynah Birds, fronted by Rick James, until James was arrested for deserting the navy.

Neil had a stint in Crosby, Stills, Nash, and Young and performed at Woodstock, however, he was not present for much of their set and refused to be filmed. He even threatened to hit cameramen with his guitar if they got too close. During this period of CSNY, the band frequently argued; mainly Stills and Neil over creative control. Shortly after writing “Ohio” about the Kent State Massacre, Young left and pursued a successful solo career. He’s been inducted into the Rock and Roll Hall of Fame as a member of Buffalo Springfield and as a solo artist.

BARN was recorded during the summer in the span of a few days. The titular barn it was finished in is a secluded, restored 19th century log structure somewhere in the Rocky Mountains that had a truck parked outside to handle the production. The front door is a curtain with a buck’s skull on the eaves. Floral carpets lay underneath the band’s instruments and dusty amps. We see Neil at a chipped-painted piano inside the barn. Darryl’s filming shows the area nearby: snowy mountain tops in the distance, green pastures, and a big, blue sky over a lakeside view. While the band is playing the first track, “Song of the Season,” rays of sunlight shine through the cabin. The first song is very indicative of the tranquil setting: “In this old place by the lake/In the colors of the falling leaves/I see that nature makes no mistake.” Neil’s voice hasn’t aged at all and is paired with nice accordion, while we see a timelapse of the rising tide.

This film is shot like a home movie: complete with camera shakiness (Shakey Pictures is Neil and Darryl’s pseudo-company name), imperfect zooms, and candid moments too genuine to scrap. From production discussions to casual joint-smoking to rehearsal flubs, Barn shows how cohesive Neil, Niko, and Crazy Horse have been in their partnership. Lovely scenic landscapes paired with barebones production, in a barn, is as rustic as Neil Young can get.

The fourth track, “Canerican,” is among the rockier songs on this record, whereas everything else is traditional Neil folk. In 2020, Neil officially became a U.S. citizen, after living in the United States for over 50 years. This song celebrates his Canadian-American heritage, with a clever new word.

Several tracks on this album are environmentally conscious, such as the third track “Change Ain’t Never Gonna.” Here, Young is cynical of the billionaire space race, as opposed to their investment into saving this planet. He keeps this cynicism on the seventh track, “Human Race,” calling future generations “children of the fires and floods.” Rising global temperatures have already shown these effects, which will only worsen with time. The guitar solo here is exciting to watch: Neil and Nils are facing each other, both playing Les Pauls, and in-tune with one another beyond the fretboard.

Some of the tracks on Barn seem a little under-developed. The case could be made that this was intentional; the band is in a barn, after all, and they voice their excitement in the film to leave blemishes in the songs for authenticity’s sake. That said, “The Shape of You,” is not Neil’s finest voice work. “Welcome Back” has a shoddy intro, but picks up with some stellar licks and a considerable amount of spaciness.

For the songs that don’t feature band footage, their visuals act as postcards; a timelapse of the lake, the setting sun, a thunderstorm. “They Might Be Lost” is my favorite visual in the album film. A totem pole stands outside the cabin-not quite center frame- as evening turns into night and the sky envelops with thousands of stars. I’ve never seen the Rocky Mountains, and I am eager to lie under their lights. This is the heart of Neil Young’s music: a soulful expedition into The Great Big Wild.

The final song, “Don’t Forget Love,” has a simple four-part vocal harmony alongside their instruments. With one line stories and title repetition, it’s a mellow reminder to remain optimistic. After the rain comes sunlight. Love has many meanings here, patience, reassurance, trust, and compassion – take what you need.

As the band packs up the barn, they look at the empty scene where music was made. Somehow, it doesn’t seem empty. Memory fills it. Ralph celebrated his birthday there with a surprise birthday cake. Nils played a melody on Neil’s piano that left the band speechless. They played through a thunderstorm together. Barn is a testament to the brotherhood Crazy Horse and Neil have built, and my fingers are crossed for a return trip to the barn.

BARN IS OUT NOW WHEREVER YOU LISTEN TO MUSIC AND FOR PURCHASE HERE!