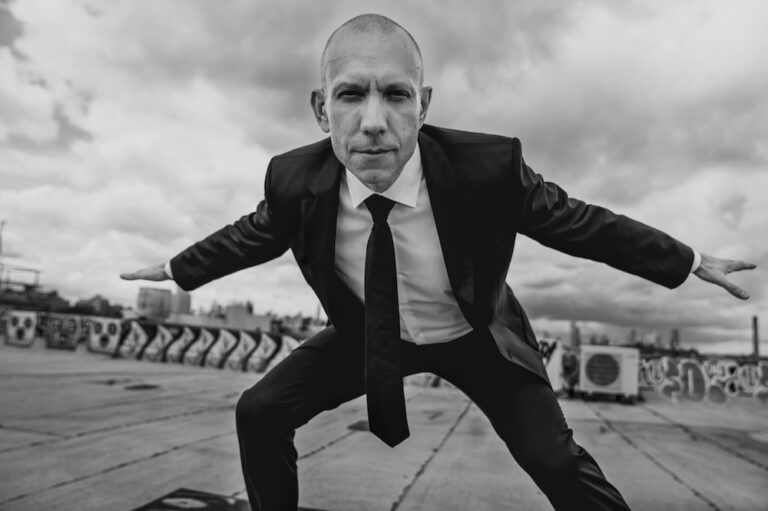 PREMIERE: Blake Morgan Is as Nostalgic, Romantic, & ‘Light as a Feather’ In New Video

The idea of April showers bringing May flowers seems like both a distant memory and a look into the future during these cold winter months, but Blake Morgan has effortlessly brought the warming brilliance of spring back into our minds with “Down Below Or Up Above.” This brand new single leads the way for an actual springtime release – Morgan’s forthcoming record, Violent Delights, is due out May 20, 2022. The steadfast and lively musician has dropped this song to keep fans new and old at bay, for he knows the clamoring for new music from him can (and will) get intense.

We are grateful for “Down Below Or Up Above,” but even more so now that we get to premiere the music video for it. The Aquarian is proud to present the cinematic and subtly theatrical visual accompaniment to the latest release from the singer-songwriter, multi-instrumentalist, and world-renowned talent.

The acclaimed “Down Below Or Up Above” singer balances melodic simplicity with gripping ardor. In this song alone, we hear an almost yearning voice call out for love. Above layered drum patterns and swirling harmonies is this romantic, desperate story of the lengths one would go to find a passionate connection and prove it to another person. Lyrically, vocally, and musically, this new single depicts that, conveying the lyrics “I could break and run, even race the sun, I could go down below or up above – it’s you I would love,” with an inescapable feeling of pure affection.

As a creative force to be reckoned with, Mr. Morgan has his hand in a variety of projects outside of his own. From expertly producing for the likes of Lenny Kravitz to selling out hundreds of shows a year, this man keeps busy in a wonderfully artistic sense. Still, he is grounded in musicianship and the needs that have to be met in order to truly break ground.

Blake Morgan founded a vital and original organization aptly named I RESPECT MUSIC. It strives to share the message that every corner of the industry deserves recognition and compensation. The world revolves around the arts, whether people like it or not, so if performers, studio workers, and music makers of all background and all caliber aren’t being paid properly, how can the world go ’round as it should? I RESPECT MUSIC is simple, but effective. There are no frills and little drama; just a passion and want to even the playing field for artists’ monetary worth as well as support the American Music Fairness Act.

Morgan is one of the people, one of us. He works alongside others and for others in a way that highlights all the wants, needs, talents, and skills of those around him. This appreciated trait is further highlighted in this new music video and its behind the scenes creation.

“Alice [Teeple] is a remarkable artist,” Blake Morgan explained in a press release about his music video collaborator. “She combines film techniques from ages ago and today, seamlessly. We looked at some of the videos Anton Corbijn’s made with Tom Waits which also have that feeling. We wanted something striking, something beautiful, but also something provocative and playful.”

Our premiere of this Teeple-directed video elevates that in the most mesmerizing fashion. It looks and reads as vintage and nostalgic in its French-American direction, but finds a home in heart. Heart, love, adoration, and soulfulness is resounding at all times and in every era. A stylishly black-and-white, dimly lit, empty Central Park located mini movie opens the flood gates of emotion that eighties-era, new wave-tinged love songs (and their MTV counterparts) once did. Impressive, harmonious, and resonating, “Down Below Or Up Above” is a whole package that sets a flowing stage for what’s to come with Violent Delights.

“DOWN BELOW OR UP ABOVE” IS OUT WHEREVER YOU LISTEN TO MUSIC! THE VIDEO IS OUT NOW ON YOUTUBE AND IN THE ARTICLE ABOVE! PREPARE FOR THE VIOLENT DELIGHTS‘ LP RELEASE IN SPRING 2022!