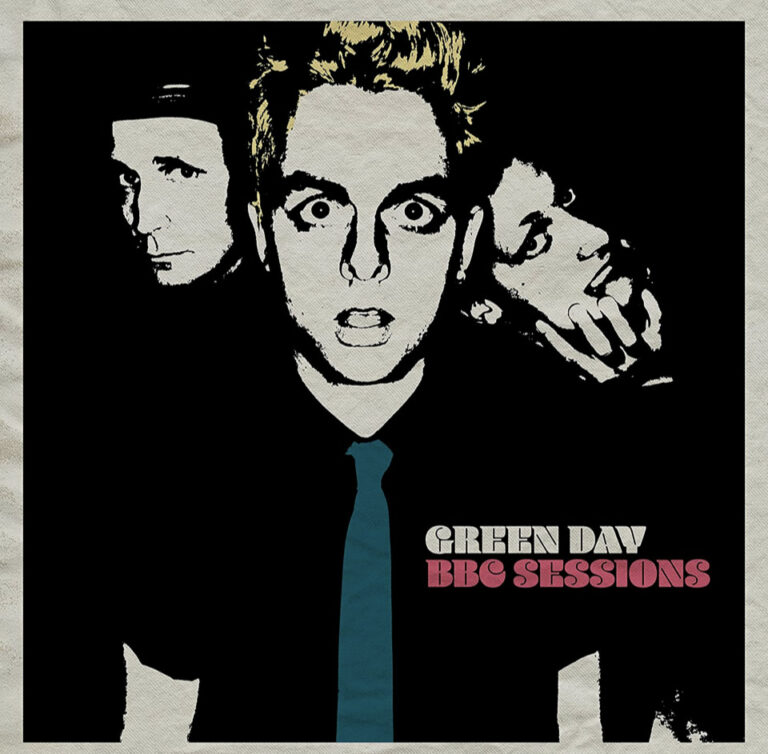 If you ever need to give someone a masterclass in Green Day’s sonic sound and generation defining versatility, these 16 live recordings are all it would take for them get the full picture of this rock trio.

There is a building in west London with beautiful and intricate arches called Maida Vale. The building’s history is as impressive as the architecture. It was also home to the legendary John Peel Sessions. Quintessential artists such as The Beatles, Led Zeppelin, David Bowie, Jimi Hendrix, and Nirvana recorded there, later releasing albums or including songs from their stop over.

Green Day dug into their own vaults and released BBC Sessions (Live). The album is the result of four visits made to Radio 1 between 1994 and 2001, containing 16 tracks of awesomeness recorded live. We were given a few sneak previews, but to listen to its entirety is an entirely different experience.

Mike Dirnt told NME Magazine, “Over the years, we’ve always looked forward to doing the BBC Sessions. All of our favorite artists have done them. We knew these recordings would come out one day and be something special.” Dirnt was exactly right – this is what we needed after all of what we have endured during the pandemic. It showcases the magnitude that made me fall in love with them.

The Rock and Roll Hall of Famers made their first appearance in those hallowed London halls a few months after unleashing  Dookie into the world. “She” kicks off The BBC Sessions with raucous abandon. “When I Come Around,” “Basket Case,” and “2000 Light Years Ahead” – the latter of which frontman Billie Joe Armstrong wrote for his future wife – follow with the same intensity. This very performance captured the beginning of what would be a worldwide explosion.

In 1996, the band returned in support of Insomniac with “Geek Stink Breath,” “Brain Stew/Jaded,” “Walking Contradiction,” and “Stuck With Me’ in this set of performances. Two years later Green Day turned up with yet another a four song collection from Nimrod. You’ll be pleased with the renditions of “Hitchin’ A Ride,” “Nice Guys Finish Last,” “Prosthetic Head,” and “Redundant.”

The trio from Oakland made their final jaunt to Maida Vale in 2001 to play four anthems from Warning. There’s a funny aside at the conclusion of “Castaway” that I loved. “Church On Sunday” and “Minority” possess enthusiasm like no other. “Waiting” is the ultimate ending for The BBC Sessions. I expect there will be much more to come from Green Day, but it will be worth every second of waiting.

This album captures all that the band means to me and the world at large: rebellion, realness, and rectitude. I found myself bopping around the house to a band that has contributed to my happiness for many years.

Green Day’s BBC Session collection is newly mastered on CD, digital formats, and a 2-LP vinyl set with Sea Blue and Hot Pink color options via the band’s official store. Those who are lucky to score a copy at an indie retailer will find a Milky Clear version on vinyl. In addition, it features liner notes from BBC Radio 1 host Steve Lamacq, who witnessed it all. The vinyl is sure to be a hit as a gift under the Christmas tree for those that love the band.

GREEN DAY’S BBC SESSIONS (LIVE) IS AVAILABLE NOW WHEREVER YOU LISTEN TO OR PURCHASE MUSIC!