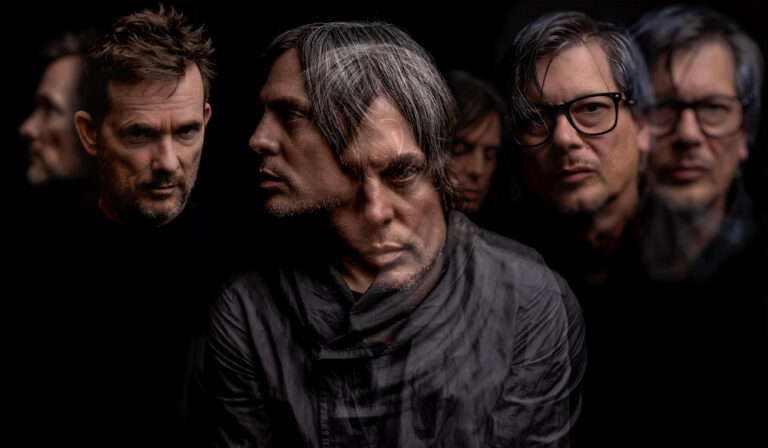 Rising up out of the throws of the pandemic and the shift in the musical landscape is Failure – a band not quite new, but has just embarked on a new adventure with Wild Type Droid.

After a near two decade long hiatus from 1996 to 2014, Failure came back with the acclaimed record, The Heart Is a Monster. They followed it up with the ominously titled In the Future Your Body Will Be the Furthest Thing from Your Mind, which was the last release before a year plus of lockdowns and quarantines. The revitalized alternative rockers were on a roll, though, album title-missteps and all. (Their sophomore release post-hiatus is stellar. Don’t get us wrong.) So they went forth with Wild Type Droid and its immersive, experimental sounds – and we couldn’t be more excited about it. There are elements of their garage-y nineties releases looped into riveting modern electronica. It’s fresh and new and fun and cohesive and out-of-this-world in many ways. We know this. Frontman Ken Andrews knows this. Their quarter of a million Spotify listeners know this. You will all know this soon, too. It just takes a listen to the record and a read of this interview for that stage to be set.

2022 is sure to be the year of Failure. As we close out 2021, we’d love to know what you are taking away from this year to bring into the new one.

Yes, personally it’s very gratifying to hear and read all the positive responses to our new album, and we plan to bring the album to the stage in 2022, so that’s exciting. What’s not exciting is the dread I feel for my country.

Speaking of a new album, Wild Type Droid, has been out for just a few weeks. How do you feel about the reception it has received? Any surprises or differences you’ve noticed vs ITFY…?

I think there is a definite vibe that we are still making viable and vital music, but we’ve kind of had that since we rebooted in 2014. What’s different on this album is that it seems to have become the favorite album of the latest three for a lot of our fans – and critics, as well. As a band, you always want to believe you are making your best work currently, so that is incredibly gratifying to read.

You’ve been both a three piece, and for a short period of time, a quartet. Do you prefer working as a trio or do you miss having an extra guitar in the band?

They are just different modes really. I wouldn’t say I prefer one over the other. It also really depends on the song. Some songs benefit more from the extra instrument and others not as much.

Space rock is a complicated genre to explain, but with Failure, it always comes across so eloquently and entertainingly. It is ambient alternative rock meets cosmic glam rock without any frills –perfectly curated distortion and zesty instrumentation. It’s who you are known as. Now more than ever, though, your production has gone up ten notches at least. How does the production element play into how you piece together an album? Ken’s mixing knowledge and success surely played a role in such.

The production and the writing are always happening simultaneously in this band. It’s all one process to us. We talk about arrangement, performance, and sound choices in the same sentence. With the convenience of computer recording and mixing, the album making process for us has become one fluid motion. The idea of segmenting the various processes into writing, pre-pro, recording, mixing, etc. is over. Many of the sounds and performances you hear on Wild Type Droid come from the very first improv sessions we did for the album. Anytime we are together with instruments, we are recording, and essentially “making an album.”

Ken – in the time since Failure first came along you’ve become a noted mixer, do you feel that has given you a different perspective with the now three “new”/post-break up albums?

Absolutely. Working on music, whether it’s your music or not, is always a chance to learn and pick up new ideas and techniques that can be applied to other projects down the road. I have learned so much from working with other artists and producers, but the long break also allowed Kellii [Scott] and Greg [Edwards] to do the same thing with other projects they have been a part of. Ultimately, I think that long break really helped our band a lot. We all came back with a higher level of musicianship, but we also came back with a completely new appreciation for each other and what we had started in the nineties.

Is there a song off this album that you are specifically itching to play live in front of the fans? Or are they all just ready to shine on stage? (We’re personally ready for “Mercury Mouth” to be brought to life like that!)

Yes, “Mercury Mouth” will be really good live, and “Submarines” I think will be really fun, as well. Can’t wait to brush off the cobwebs and get back on stage!

WILD TYPE DROID, THE SIXTH STUDIO LP FROM FAILURE, IS OUT NOW WHEREVER YOU LISTEN TO MUSIC! KEEP UP WITH THE BAND BY CHECKING OUT THEIR WEBSITE!