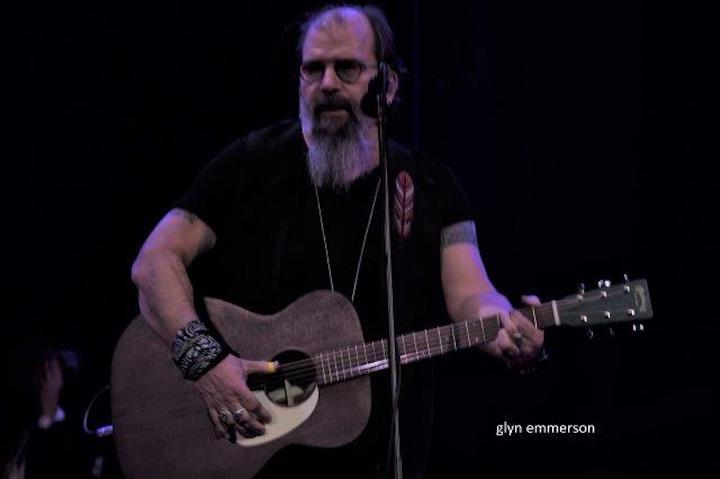 At the Seventh Annual Benefit for the Keswell School, transplanted southerners Steve Earle, Rosanne Cash, downtown homie Willie Nile, and Asbury Park alum Bruce Springsteen played blistering sets in celebration of the holiday season and a return to rockin’ in the free world. All for a good cause, too, as the concert was a fundraiser for Steve Earle’s son’s school located in Chelsea. The night was ultimately a celebration to the kids at Keswell and the adults who came to party on at the historic venue located in the heart of Times Square.

There was nervous tension in the air as to just when Springsteen might show, how long he would play, and if it would be an acoustic or electric set. The openers all had to endure numerous shout outs to the Boss throughout their sets, but Matt Savage’s brilliant piano playing calmed down the rowdy crowd just in time for Willie Nile to come out and set the tone for rootsy rock and roll straight from the heartland to the streets of fire.

Willie Nile was introduced by his Greenwich Village neighbor Steve Earle and played a rollicking set of NYC serenades including “Blood on Your Hands “and “New York is Rockin” that had the crowd singing along as he conducted the choir through the coda. The Dukes played house band as members meandered onstage and off showing an eclectic command of genres as they played some cowpunk, folk, Irish reels, and anthem rockers – always adding just the right amount of dirty twang to the mix.

Rosanne Cash joked during her set that she was going to twitter her friends after the show that she opened for Springsteen then played a gentle and quiet “Tryin to Get Back Home” by Rev. Gary Davis with guitarist John Leventhal. She ended her three-song set with the country ballad “Long Black Veil” by Lefty Frizzell.

There was a hushed silence as Steve Earle introduced Springsteen who then tore down the house with electrified versions of “Darkness on the Edge of Town,” “The Promised Land,” “Glory Days,” and “Pink Cadillac” that Steve Earle joined in on. The Dukes backed up the Boss and it was a blow out as Springsteen gleamed, played at the pulpit like a rock and roll preacher out for redemption, and banged away at his Fender Stratocaster guitar.

Looking like a man on a mission to rock and save some souls out there Springsteen’s mini set started off with the slow and moody “Darkness on the Edge of Town” building up steam along the way with the frat rocker “Glory Days” and the fifties inspired rockabilly of “Pink Cadillac” that played directly into the hands of the Dukes retro revue. Guitarist Chris Masterson riffed off most of the leads as the Boss chilled and took on his very own glory days.

Steve Earle introduced “Guitar Town” as a tune he wrote after listening to “Born in the USA.” On “Galway Girl” fiddler Eleanor Whitmore Masterson played some foot stomping jigs that had the crowd reeling. “Copperhead Road” and “Hard Core Troubadour” took us from the backstreets and back onto the juke joints of Earle’s early days. He played “Harlem River Blues” in memory of his son Justin that was a fleeting reminder to how fragile life is ending his set. Earle thanked the crowd onstage adding that the show helped raise 100k towards the Keswell School in this season of giving back. The performers then took to the stage for the grand finale of “Teach Your Children” by Graham Nash that Earle, Nile, Cash, and Springsteen sang a verse on, appropriately ending this furry love fest. People beamed as they sang along to the hippie anthem – an early Christmas present from Steve Earle and friends to close out an incredible night of great music to a worthy cause.