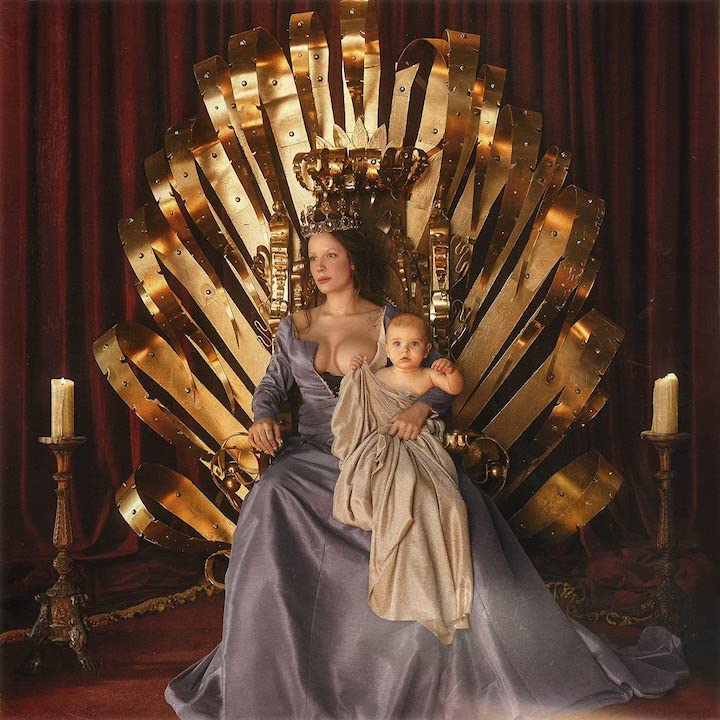 Our very own New Jersey alt. pop icon takes about an hour to create a cinematic and couragoeus stance on what women, motherhood, artists, and humanity as a whole on the latest take of her critically acclaimed fourth album.

Halsey kicked off the new year with panache by releasing an extended version of If I Can’t Have Love, I Want Power. It includes two additional tracks not included on the original recording, “Nightmare/Nightmare Reprise” and “People Disappear Here.”

If you haven’t listened to IICHLIWP or need a refresher, here’s a rundown of this righteous record.

The Grammy-nominated album was co-produced by Nine Inch Nails‘ Trent Reznor and Atticus Ross, a bucket list item for Halsey. The album is everything you would expect from a collaboration between an alternative pop superstar and industrial metal titans – lush, dark, and theatrical. If I Can’t Have Love, I Want Power is authentic with topics ranging from pregnancy, body image, gender identity, and childbirth. There are moments of vulnerability, confusion, and happiness. The songs flow together beautifully. Quite simply, it’s Halsey’s best work.

“The Tradition” and “Bells in Santa Fe” are gothic, ethereal, and set the stage for the epic masterpiece. The Reznor/Ross inflections are noticeable in the latter of the two. ”Easier Than Lying” follows in the same vein, but is more aggressive, both sonically and lyrically. (“I’m only whatever you make me. And you make me more and more a villain every day. But you don’t know, you reap, you sow. Whatever you give to me, from yourself, you take. Well, if you’re a hater, then hate the creator. It’s in your image I’m made.“)

“Lilith” and “Girl is a Gun” are the most “pop” sounding tunes, but they are the most breathtaking. “You asked for this” struggles with the internal conflict between growing up and wanting to remain a child, while becoming a new mother. “Darling” is a harbinger of hope complete with an appearance from Lindsey Buckingham who provides a sweet guitar melody.The gorgeous “1121” refers to the day Halsey found out they were pregnant.

The front-runner for me is “honey” with Dave Grohl lending his drumming talents to this pop-punk tinged tune. On “Whispers”, Halsey sings, “Why do you need love so badly? Bet it’s because of her daddy. Bet she was brutal and bratty. Bet that she’ll never be happy. I bet that you’re right. And I’ll show you in time But I sabotage the things I love the most. Camouflage so I can feed the lie that I’m composed” in a hushed  tone. “I am not a woman, I’m a god” then examines the relationship between motherhood and godliness.

“The Lighthouse” follows with a message of empowerment and independence from ‘The Devil’. Interestingly, “The Lighthouse” shares its title with a poem that can be found in their book of poetry, I Would Leave Me If I Could. In contrast, “Ya’aburnee” is gentle. The name is derived from an Arabic term expressing the desire to die before the one you love.

“Nightmare” is a song that is defiant and definitive and “Nightmare Reprise” is a reimagined  version a lá Nine Inch Nails. Yet, “People disappear here” sounds closer to NIN’s signature sound. It’s the ideal way to complete the album with its frenetic piano and industrial elements.

If I Can’t Have Love, I Want Power shows Halsey’s evolution as a songwriter and artist. She is a force of nature. I’m confident  Halsey will continue to spread their wings and soar time and time again.

HALSEY’S LATESY ALBUM, If I Can’t Have Love, I Want Power (Extended Version), IS AVAILABLE NOW VIA CAPITOL RECORDS EVERYWHERE YOU LISTEN TO OR PURCHASE MUSIC!