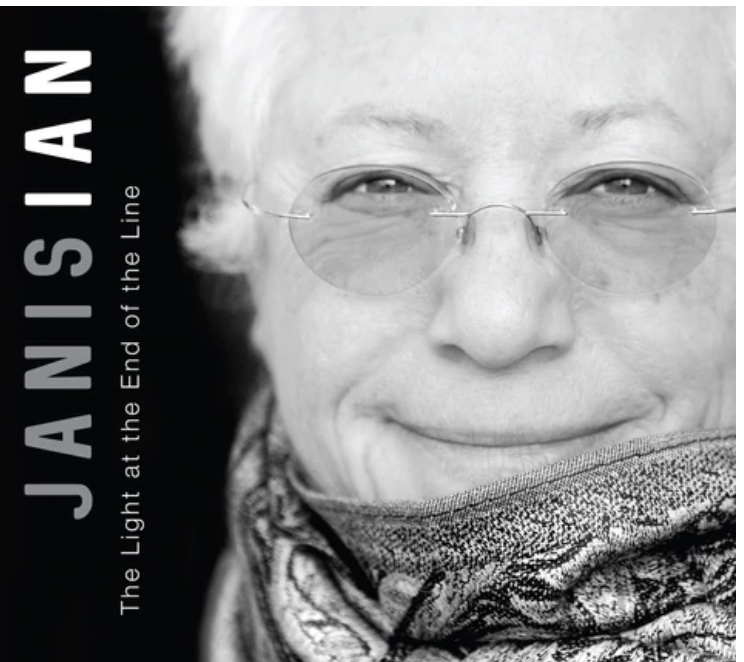 In 1967, at age 15, Janis Ian scored a Top 20 hit with “Society’s Child (Baby I’ve Been Thinking),” a song she wrote about an interracial romance. She has released dozens of noteworthy records since then, so her claim that the new The Light at the End of the Line is “the best album I’ve ever made” is no small boast. It may be true, though.

Ian’s voice has lost none of its subtlety and strength, and neither has her songwriting on this entirely self-penned album, her first collection of fresh material since 2006’s Folk Is the New Black. Highlights abound, including “I’m Still Standing,” which deals with aging; “Nina,” where Ian sings about Nina Simone while accompanying herself on piano; the evocative, jazzy “Summer in New York”; and the hopeful seven-and-a-half-minute album closer, “Better Times Will Come,” which begins nearly a cappella, then blossoms into an ensemble piece that features saxophones, trombone, mandolin, banjo, clarinet, Celtic harp, and more.

The only bad news: the title’s mention of “the end of the line” refers to the now 70-year-old Ian’s decision to stop touring regularly after 2022 and to make no more albums. Her stated reason – a desire to spend time at home and with family after many decades of performing concerts and recording – is understandable. Still, here’s hoping that she’ll ultimately opt to occasionally return if not to the road, then at least to the studio.

Like many groups of their era, the Hollywood Flameschanged their record label, lineup, and even name with astonishing regularity. At various times and with changing personnel during the years covered by the three CD- Buzz Buzz Buzz: The Singles Collection 1950–62, they recorded for at least 16 labels as the Turks, the Satellites, the Question Marks, the Original Turks, the Jets, the Hollywood Four Flames, the Four Flames, Earl Nelson & the Pelicans, David Ford & the Ebbtides, Dave Ford and the Hollywood Flames, and Bobby Day and the Satellites.

No wonder they never quite caught on. For one thing, the constant personnel shuffles made it difficult to establish a musical identity: depending on the lineup, they variously sounded reminiscent of the Coasters, the Platters, or the “5” Royales. By the time you discovered something you liked by the group, moreover, they had likely dumped their name for something new.

Still, they managed one big R&B hit in 1957, “Buzz Buzz Buzz,” which appears on Rhino’s great Doo Wop Box; and they scored even bigger with 1958’s “Rockin’ Robin,” a No. 2 pop hit that they recorded as Bobby Day & the Satellites. Both those songs are in this anthology, along with 76 other tracks, including grade-A doo-wop performances of such numbers as “Yes They Do,” “Believe Me,” the oft-recorded “The Glory of Love,” and “Devil or Angel,” which was a hit for the Clovers and, later, Bobby Vee. Also here: two early compositions by Murry Wilson, Brian’s dad; and Bobby Day’s own 1958 song “Over and Over,” which in a 1965 cover by the Dave Clark Five gave that group its only chart-topper.

Appropriately, the set ends with a tune called “I Can’t Get a Hit Record.” That song is nothing to write home about, but many of the others suggest that the Hollywood Flames should have had lots of hits – and that they deserve a considerably bigger place in rock history than they currently occupy.

Have you heard the latest CDs by the Mastersons, a duo consisting of Eleanor Whitmore and her husband, Chris Masterson? How about the work of Bonnie Whitmore, Eleanor’s sister? If you know their music, you won’t be surprised by the excellence of the Whitmore Sisters’ Ghost Stories, which features vocals and compositions by Bonnie and Eleanor and production by Chris.

This is shimmering folk/pop, characterized by seamless harmony work and lilting, lyrically rich compositions. Highlights include originals like the melancholy “Friends We Leave Behind”; the title track, about victims of police violence; and “Learn to Fly,” which reflects the fact that the duo and their father are all pilots.

Also here is “On the Wings of a Nightingale,” a song Paul McCartney wrote for the Everly Brothers. That the Whitmores’ version of this number rivals the one by Don and Phil should tell you all you need to know.

A Fine Tribute to Kevin Gordon

“In lockdown in 2020,” writes singer/songwriter Julie Christensen her website, “I decided someone should record an entire collection of the East Nashville writer Kevin Gordon’s great songs.” Good idea – and Christensen, who has worked as a backup vocalist for Leonard Cohen, proves fully up to the task on 11 from Kevin.

Gordon, whose own latest album, Tilt and Shine, is well worth seeking out, is indeed a remarkable songwriter. Drawing often on his own experiences, he produces lyrically economical compositions that paint vivid pictures of faith healers, small towns, suffering souls, and lost loves. Several of his songs cast a cynical eye on preachers and faith healers, including “Gloryland” which echoes the phrasing of Bob Dylan’s “Gotta Serve Somebody,” and the trumpet-spiced “Following a Sign.”

Christensen understands this music well enough to capture its spirit. She is an assertive singer, and her nuanced vocals and muscular band, Stone Cupid, are an excellent match for the material. Like Gordon’s own work, these performances occasionally flirt with folk but are mostly grounded in rock. The best of them, such as the aforementioned “Following a Sign” and “Goodnight Brownie Ford,” about an encounter with an aged Native American character, are pure gold.

It is perhaps an indication of how much Christensen loves Gordon’s material that she cheated on the numbers, sneaking a 12th song into 11 by Kevin by creating a medley of two compositions.

Sad Daddy, Way Up in the Hills. Despite their name, there’s nothing sad about Sad Daddy’s sprightly country-based music, which incorporates elements of jazz, bluegrass, and blues and features instruments ranging from banjo, violin, and upright bass to harmonica and kazoo. The two-man, two-woman group – which formed back in 2012 and recorded this third album at a cabin in the Arkansas woods – contains no weak links: everyone contributes distinctive lead vocals, and everyone lent a hand in the writing of the 14 tracks, some of which sound as if they could be old standards.

David Jameson, Tall Dark Pines. Jameson’s website bio says he took “a circuitous route to country music,” which is a bit of an understatement. He started his career as a management consultant for McKinsey, which is apparently how he wound up living in China. There he began singing in Mandarin in pubs and, later, on Chinese national television, where he finished second in a competition reminiscent of American Idol. Eventually, he came to Texas, where he worked for a while in its oil fields and began to concentrate more on his music. This debut album features well-wrought vignettes, some based on his own family, that conjure up the Old West and at times suggest a latter-day Marty Robbins.

Goodnight, Texas, How Long Will It Take Them to Die. This five-man group, whose two leaders live on opposite sides of the U.S., take their name from a tiny town in the Lone Star State. Most of the moody story songs on this memorable fourth album are rooted in folk and country, but the band – which employs guitar, pedal steel, fiddle, mandolin, banjo, bass, and drums – is hard to characterize: one of their best-known tracks is a country-noir cover of Metallica’s “Of Wolf and Man.” In fact, Goodnight, Texas’s Avi Vinocur occasionally joins in on acoustic sets with that heavy-metal group.