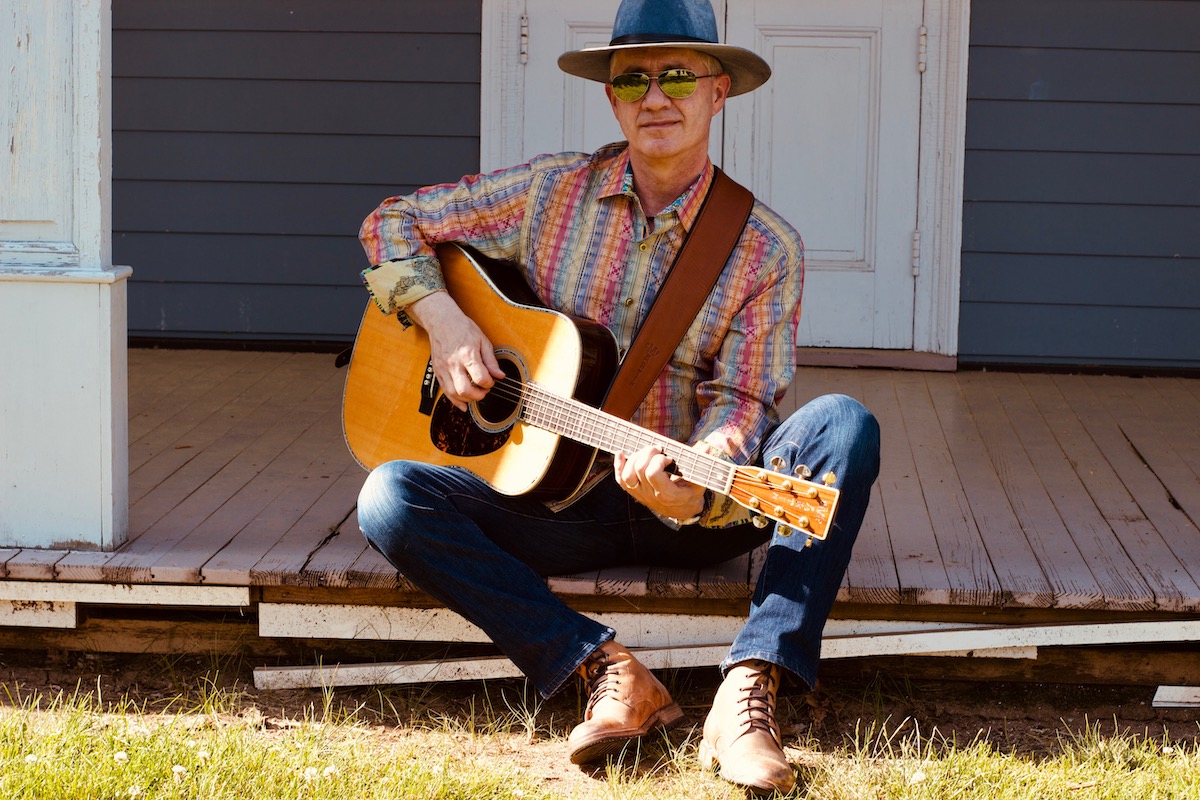 Late to the songwriting table, journeyman musician Dave Vargo, who once toured extensively as a sideman, has established a great local solo career in the Asbury Park area. In the midst of recording his third independent album since 2016, Dave was honored by Makin Waves as the 2021 Songwriter of the Year based on the strength of two impressive singles: the pandemic anthemic “Half Bad” and the confessional “Fault Lines.” Dave has also made waves with three healthy, hearty projects:

On February 20 at Transparent Clinch Gallery in Asbury, Dave Vargo will share some songs from his forthcoming album during a fundraiser he organized with Musicians on a Mission for the Rick Makin Memorial Scholarship for Humanities and Social Sciences at Monmouth University. Longtime Asbury Park Press features and editorial editor page editor and community theater talent Rick Makin is remembered throughout the Jersey Shore as a kind, colorful Renaissance man, someone who could write, teach, sing, dance, and act with great ability. In keeping with those diverse talents, the Rick Makin Memorial Scholarship will be awarded to Monmouth University students of journalism, music, theater, literature, and history, all of which were my father’s great passions.

Pop was the Panorama editor of the Asbury Park Press throughout the 1970s assigning stories, interviews and reviews as Bruce Springsteen rose from local artist to international superstar. Meanwhile under his leadership, the Press covered the Sounds of Asbury Park as it gained stature as an internationally recognized rock music scene. The Asbury Park Press then named him editor of the editorial page, where his work was recognized with New Jersey Press Association Awards. He worked at the Press for 38 years, retiring in 2002.

On his scholarship fund’s behalf, Dave organized two song & storytelling rounds with five other members of Musicians on a Mission. He will share the Transparent Clinch Gallery stage with the soulful Americana singer-songwriter Arlan Feiles, and when not performing their own songs, they will back Sharon Lasher, a legendary local interpreter of the world’s best songwriters.
A second round to the 4:00 pm EST show will feature award-winning talents Bobby Mahoney, Taylor Tote, and George Wirth. For more about the show, click here. Donations also can be made online here. For more about Dave, who also will play two Light of Day shows on March 12 at the Watermark and March 13 at The Saint, visit his website and enjoy the following interview.

You originally are from East Brunswick. What impact did growing up there have on your desire to make music and how and why?

I always wanted to play guitar. After years of pestering my parents, they gave in, bought me a cheap guitar and found someone willing to teach an 8-year-old. The great thing about East Brunswick was that it was full of other kids who also wanted to play music. You’ve heard of garage bands. In EB we had basement bands. Everyone had one. We were also close to New Brunswick, which had a strong music scene at the time.

How, why and when did you gravitate to the Asbury Park area?

I was a latecomer to Asbury Park. I didn’t start writing my own music until about seven years ago. Once I had songs written, I started looking for places to perform them. Asbury has the most supportive venues for original music. I think the first place I played was the Saint, probably in 2015.

You have a degree from Berklee, which is a prestigious music school, but how and why did you get into wealth management?

That’s a long story! After graduating, I was lucky enough to land a few prominent steady touring gigs as a sideman. However, after almost three years of constant touring – 300-plus days a year – I was burned out. I wasn’t having fun anymore, so I decided to leave the music business and get a real job. I had a minor in finance, and one led to another.

Thank you for helping to keep Makin Waves afloat as one of its sponsors. You are one of the most charitable musicians I’ve ever known. How has musical and financial success, as well as other factors, led to you became a very generous, charitable person?

I think that most of the musicians that I know are really charitable people. They just don’t always have the financial means to help the way that they want to.

MOAM is a great organization filled with good-hearted people. We are able to help small local charities that are often overlooked and we use local musicians who are happy to donate their talents to help us raise funds.

Of the many events you’ve produced with MOAM, which is your favorite and why?

That’s a difficult question to answer. We have done so many great events for so many great causes. I am really proud that we were able to pivot during the COVID shutdowns and find a way to host four successful virtual fundraising events on Facebook.

Why is the Rick Makin Memorial Scholarship for Humanities and Social Sciences at Monmouth University a worthy cause?

It is not often that we get the opportunity to honor the memory of a great person while also raising funds that will benefit others. Rick had an amazing life and career and helped so many people. It’s an honor to be able to play a part in helping more people in his name.

What will make the Feb. 20 scholarship fundraiser at Transparent Clinch Gallery a can’t-miss event and why?

It’s a perfect combination of great local talent, a great venue, and a great cause.

What role does Asbury Park Porchfest play in the community culturally and charitably?

We just had our fifth annual Porchfest in October and we had over 110 musicians perform. Each year, it has gotten bigger, and we have been able to donate all of the proceeds to local charities.

What role do you play in Asbury Park Porchfest?

My main role is putting together the lineup and schedule of musicians.

In reaction to the lack of gigs caused by the pandemic, you created a Facebook Live event called ‘2 for Tuesday’ that you have been very faithful in producing weekly even when you’re touring and now that gigs have become more plentiful. What is the format of ‘2 for Tuesday,’ and what do you like most about producing it?

I just had my 95th episode this week. Gigs are a long way from returning to normal, especially during the winter months, so it’s been a good outlet for me. Two songs from two artists – usually less than 30 minutes in total. We have built a loyal community of fans that watch every week. I really enjoy being able to introduce them to talented artists that they have probably never heard of before.

It’s not a big commitment of time, they don’t have to leave their homes, and they can reach new fans.

Do you take submissions for ‘2 for Tuesday’ or do you prefer to select artists?

I prefer to select artists. But I also get referrals from other songwriters who have performed on the show.

How is your third album coming along and when do you expect to release it?

We are just about ready to start mixing. I hope to have it out by the end of March.

How does the third album compare to the first two?

That’s hard for me to evaluate. I don’t really listen to my albums after they are released. I hope that my songwriting and performing has continued to improve.

Any plans for a third single and/or video to coincide with the release of the album?

No, I am just going to drop the album when it’s ready.

Any plans to return to Nashville and tour?

Nothing planned yet, but I usually head to Nashville in September.

How does Nashville compare to the Asbury Park music scene and why?

The amount and level of talent in Nashville is incredible. The person serving your lunch is probably a better songwriter than you are. Currently, I don’t think that there are other music scenes that can compete with Nashville’s quantity and quality.

What do you like most in the creative process and why: songwriting, recording, or performing?

I enjoy practicing, performing, and studio work the most. Songwriting is the most difficult thing that I do.

TO KEEP UP WITH ALL THINGS DAVE VARGO AND ASBURY PARK, VISIT HIS WEBSITE! FOR MORE INFO ON THE MUSICIANS ON A MISSION FOUNDATION AND FUNDRAISER, CLICK HERE!