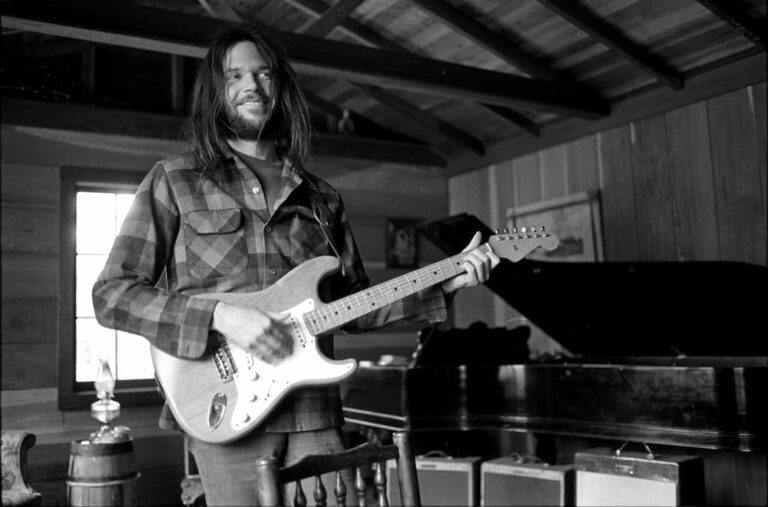 Neil Young, Friends, and the Damage Done: An Unlikely Cohort Against Spotify

Neil Young has always been a musician of utmost integrity.

As a member of Buffalo Springfield, Neil Young, alongside Richie Furay, Stephen Stills, Bruce Palmer, and Dewey Martin, wrote one of the biggest protest songs of all time – “For What It’s Worth.” It went as high as No. 7 on the charts. Originally, Stills wrote the song in protest of curfew riots in 1966 Los Angeles, but it morphed into an anti-war anthem and a universal cry of redress. The tune has held onto that impact for decades and was commonly heard at Black Lives Matter protests in 2020.

As a member of Crosby, Stills, Nash and Young, Neil wrote “Ohio” in response to the National Guard shooting college students at Kent State. Even though “Teach Your Children” was slated to be their next big hit, “Ohio” was written and recorded in just a few takes. (More on CSNY in a moment.)

Young’s solo work is topical, too. “Southern Man” decries the Ku Klux Klan. “The Needle and the Damage Done” tackles opioid addiction – unfortunately still relevant. “Rockin’ in the Free World” is a harsh critique of George H. W. Bush’s administration. Aside from his music having political pointedness, his philanthropy is also noteworthy: performed at the Live Aid benefit concert, co-founded Farm Aid, and more.

Recently, he gave Spotify an ultimatum: the streaming service could host his music or the Joe Rogan Experience podcast, but it could not have both. Young criticized Rogan for knowingly spreading misinformation on COVID-19. In a controversial business move, Spotify chose Rogan and began withdrawing all of Neil Young’s catalog. Loudwire reported that Spotify lost an estimated $4 billion in no time and stocks continue to waver. Each episode of Joe Rogan’s podcast averages 11 million listeners, which is more than some TV shows garner, and there are more than 1,700 episodes. One of Rogan’s most notable COVID falsities was advising listeners to take ivermectin – a horse dewormer – over the FDA approved vaccines.

Because of this scandal, clips of previous Joe Rogan episodes resurfaced, including 70 episodes where he utters racial slurs. Those 70 episodes have been pulled and he did release an apology video on February 5.

After Neil Young’s decision to pull his music, others joined in his cause. Joni Mitchell, longtime friend and one of the most influential female musicians of all time, pulled her music in solidarity. Nils Lofgren, member of The E Street Band and Crazy Horse, also withdrew. Graham Nash did as well. Then, aptly, Crosby, Stills, and Nash made a joint statement concurrent with Neil’s. Do you know how dire it must be to reunite Crosby, Stills, Nash and Young? They haven’t been on the same page since, like, 1971.

It’s not just folk singers taking a stand against COVID misinformation being spread over Spotify. R&B platinum artist India.Arie is taking her music off the platform. Alternative band Failure made the decision to pull their music because of the controversy as well as minimal royalty payouts.

Authors Brené Brown and Roxane Gay are pulling their podcasts. Mary Trump, niece to former president Donald Trump, is on Team Neil. Even though these artists acknowledge the detriment to their fanbases and the actuality of a lost revenue source, their moral stances resonate.

Other streaming platforms are welcoming the Spotify defectors with open arms. Apple Music, Tidal, Amazon Music, even Youtube had trending playlists on subsequent days. It’s a fair assumption that fans of Neil, Joni, Nils, and CSNY would have physical copies of their music and not necessarily need to stream.

Will this be enough? While there may be some intersection between the fans of Neil Young and Joe Rogan, the rest of the population might not have an opinion on either. Until someone with a larger following joins in the dissent, this withdrawal might be momentary. But the torch is lit. Joe Rogan is under scrutiny, will have to provide a disclaimer about COVID information in his episodes, artists and authors are joining in extracting their content for a myriad of reasons – all just a week since Young did. This story is only beginning.