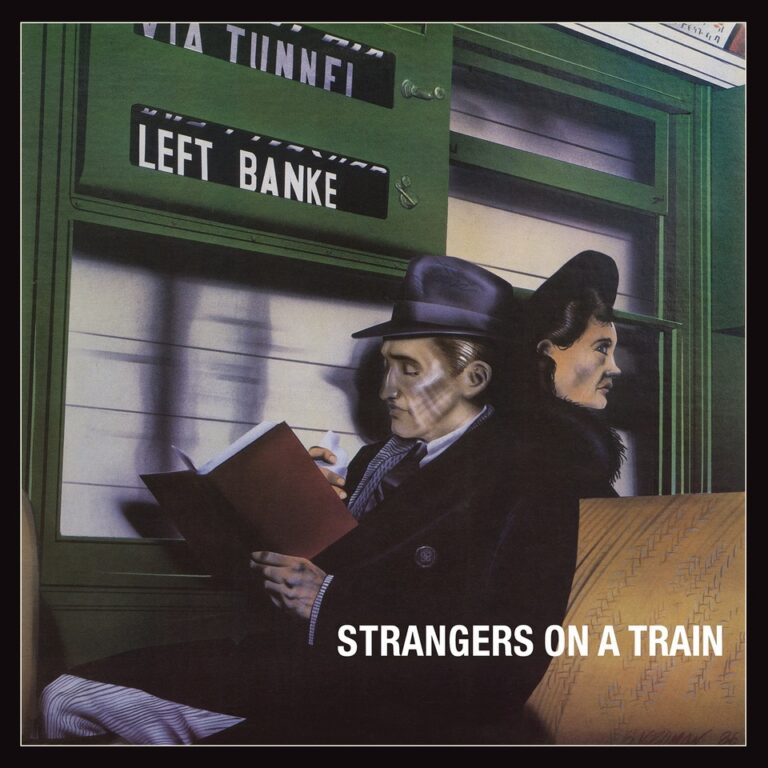 On The Record: The Left Banke, ‘The Beatles and India,’ Peter Tosh, the HawtThorns, & April March

The Left Banke, Strangers on a Train. The last album by the Left Banke – whose output included the 1966 baroque pop classics “Walk Away Renee” and “Pretty Ballerina” – appeared in 1986. Called Strangers on a Train in the U.S. and Voices Calling in the U.K., the album had been recorded eight years earlier by three of the group’s original members, Steve Martin Caro, Tom Finn, and George Cameron.

That LP, which at times recalls Paul McCartney’s solo output, has now been reissued with restored, remastered sound and new liner notes. Its 10 original selections are enjoyable, but the biggest attractions here are the half-dozen lilting bonus tracks, which the band recorded in 2001 and 2002. Group founder Michael Brown wrote or co-wrote all six of these numbers, and all of them are redolent of the group’s most exquisite, strings-spiced early work, including “Pretty Ballerina,” which he also composed, and “Walk Away, Renee,” for which he shared writing credits.

Particularly after hearing these six bonus tracks, you’ll pray for a Left Banke reunion—until you learn that all but one of their five founding members died of assorted natural causes between 2015 and 2020. Unfortunately, therefore, this reissue offers not a hint of what might be but a tantalizing taste of what might have been.

The soothing soundtrack offers consistently engaging and inventive orchestrated music, but most fans of the Fab Four will probably be more interested in the 19 covers on the other disc, which focuses largely on tunes that appeared on The Beatles (aka The White Album). Though the Beatles composed more than half of that album while studying Transcendental Meditation in India in 1968, many of its songs evidence little or no debt to the music of that country – and neither do some of the renditions here: though performed by Indian artists, covers of numbers like “Martha My Dear” and “Back in the U.S.S.R.” could easily be mistaken for Western creations.

That said, many of them are quite well done, and the set does incorporate renditions of a few Beatles songs that draw on Indian music, including George Harrison’s “The Inner Light” and Love You Too” as well as John Lennon and Paul McCartney’s “Norwegian Wood (This Bird Has Flown).” Also here: lovely versions of Lennon’s “India, India,” a composition that first surfaced on his Signature Box set in 2010, and “Sexy Sadie,” whose lyrics reflect Lennon’s disillusionment with the Maharishi.

Peter Tosh, Live at My Father’s Place 1978. I’ve been listening for more than four decades to a terrific Peter Tosh concert from New York’s Bottom Line that WNEW-FM broadcast live in 1979. That set has never been officially released but this 72-minute one – recorded only months earlier and featuring many of the same classics by the late reggae giant – is just as mesmerizing.

Broadcast live on Long Island, New York’s WLIR-FM and first released on disc in 2014, the newly reissued concert recording features several Tosh-penned numbers from his 1978 third album, Bush Doctor, including the title track plus “Pick Myself Up,” “I’m the Toughest,” and “Soon Come.” Among other standouts on the program: “Get Up Stand Up” (which Tosh wrote with his Wailers bandmate, Bob Marley), “Stepping Razor,” “African,” “Don’t Look Back,” and “Legalize It.”

Reggae doesn’t get any more irresistible than this set. Listening to it will remind you of how much we lost when Tosh was murdered in 1987 at age 42.

The HawtThorns, Tarot Cards & Shooting Stars. This is the follow-up to 2019’s Morning Sun, the auspicious debut album from husband-and-wife duo Johnny and KP Hawthorn. Like its predecessor, the new release delivers engaging vocals by KP, a former member of Calico who used to go by the name Kirsten Profit, and likable guitar work by Johnny. KP wrote two of the 10 tracks and co-wrote seven of the others; the remaining selection is an attractive cover of Neil Young’s “Lotta Love,” the 1979 Nicolette Larson hit.

Fans of mainstream pop/rock may well turn one or more of the catchy numbers on this sophomore release into hits, but the CD seems overproduced, and songs like “Let’s Get Together” and “It’s a Gift” strike this listener as sappy. The HawtThorns are clearly a talented duo, but they may be trying too hard to score commercially; fewer strings and layered vocals, more adventurous and distinctive material, and a producer with fresh ideas could make their next release more substantive.

April March, In Cinerama. New York City–born April March (real name: Elinor Blake) has worked as an animator but has also gained attention for her music. She has been especially successful on that front in France, where she has been releasing albums since 1995. In Cinerama, her likable latest album, was originally issued for Record Store Day and was intended to be available only on vinyl, but it reportedly garnered enough attention to prompt this CD release, which adds two bonus tracks and new liner notes.

As the title may suggest, the music often harkens back to the fifties and sixties. Dreamy romantic numbers like “Baby” recall oldies like Shelley Fabares’s 1962 chart-topper, “Johnny Angel,” while the instrumentation on songs like “Elinor Blue” seems indebted to the Beach Boys’ classic Pet Sounds. At times, though, this gentle, poppy music conjures up more contemporary artists like Yo La Tengo (with whom March has worked) and Belle and Sebastian.

Guest artists range from Nigerian drummer Tony Allen to singer Marilyn Wilson-Rutherford, Brian Wilson’s first wife, who issued some recordings of her own in the sixties and seventies but has worked as a real estate agent in recent years.