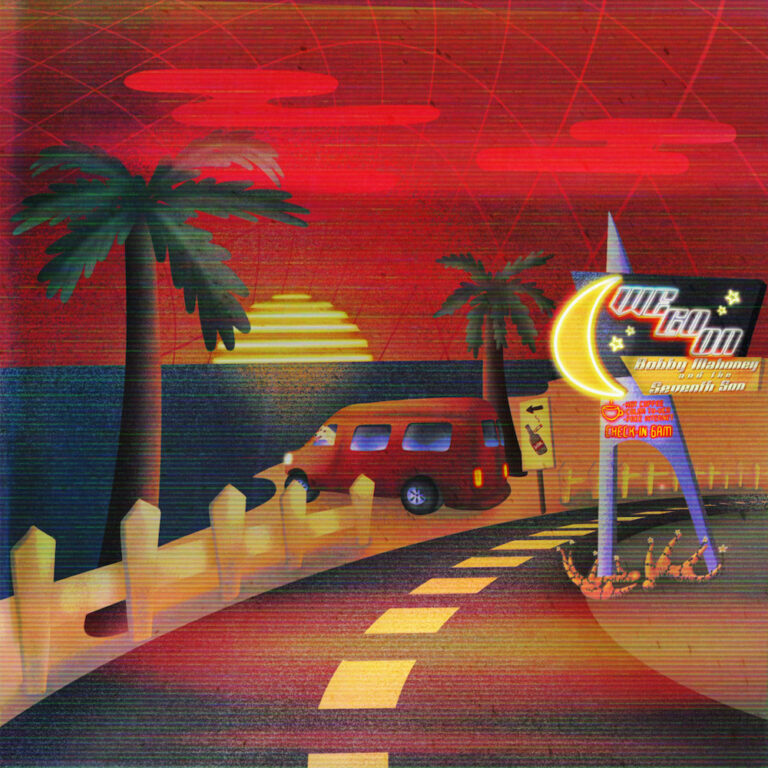 Bobby Mahoney & the Seventh Son Heal with the Power of Music

Bruce Springsteen and The E Street Band, Bon Jovi, and Bleachers – what do these bands have in common? They begin with the letter “B” and hail from New Jersey. Bobby Mahoney and the Seventh Son have thrown their hat into the ring becoming the latest contenders to share this rare DNA. The fabulous foursome comprised of Bobby Mahoney (Guitar, Vocals), Andrew Saul (Guitar, Vocals), Jon Chang-Soon (Bass, Vocals), and James McIntosh (Drums) released a new EP called We Go On via Telegraph Hill Records on April 8. Last weekend, the band celebrated the release with two successful shows at The Saint.

We Go On contains five tracks packed with hard-hitting harmonies fueled by emotion. It emphasizes togetherness and optimism with honest storytelling. This was released at the ideal time given the current state of divisiveness and uncertainty. Mahoney explained this was not a pandemic recording but it was obvious that the state of the world definitely had an effect from the topics of the lyrics and the anger in the playing, to the very literal logistics of needing to set up 6 feet apart while tracking, and countless Zoom mixing sessions and meetings.This project gave them something to work on and look forward to.

The lead single, “Moth To The Flame” shoots out of the speakers with enthusiasm. You can hear the passion in the playing and the urgency in its lyrics. “Take What You Can Get” is infectious (and I don’t mind catching this bug). “No Amens In This Van (Miami 2019)” follows with indie rock perfection. This is the shining star even though I adore every song presented on this EP.

“Lay It On Me” is the absolute definition of vulnerability. “It’s ultimately about recognizing our own boundaries, and how much each of us can take on at once without being burnt out, burned, or burnt alive,” Mahoney said in a press release. Many of us can relate to this more than we’d like to admit. I’m thankful for music because of this very reason.

The title track, “We Go On,” closes with an anthemic sing-along. I can imagine this in a movie with a dark club, concert-goers clinking beer bottles, and partying with a band on the verge of stardom. Perhaps this scene actually played out in Asbury Park last weekend. Bobby Mahoney and the Seventh Son is a band that belongs on your radar because great things are destined for a band that gives us the healing power of music.

WE GO ON BY BOBBY MAHONEY AND THE SEVENTH SON IS OUT NOW! LISTEN TO IT ON THEIR BANDCAMP AND LEARN MORE ABOUT THE BAND!