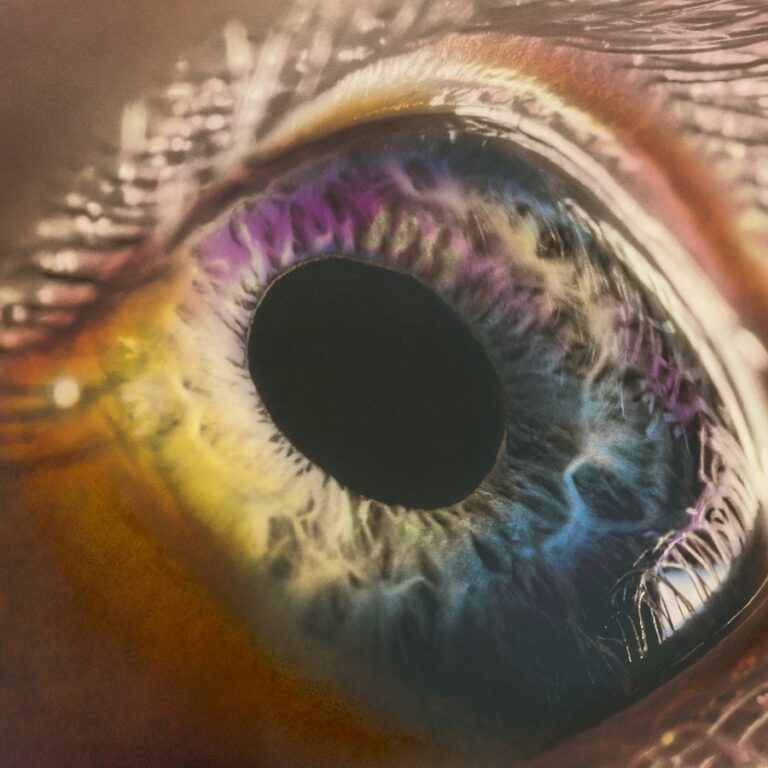 Arcade Fire’s ‘WE’ Sees Our Collective Despair & Makes It Danceable

Need a soundtrack for your doomsday Discord party? For the past three weeks, and going forward, we’ll be recommending WE.

Arcade Fire’s sixth studio album, WE dropped May 6 to drooling fans and critics who couldn’t wait to devour more from the musical “it” kids of the aughts. The latest and greatest was inspired by a dystopian novel that inspired the dystopian novel, 1984 by George Orwell. That novel is also called WE and it was written nearly 100 years ago – in 1924 by Yevgeny Zamyatin.

Like the 2010 megahit record, The Suburbs, Arcade Fire has made a concept album that strikes at the personal, from the vantage point of the public. This time the public perspective comes to the listener through, you guessed it, social media and internet culture. The gaze projects toward the personal as The Suburbs cast an eye from the physical experiences into the personal, the gaze of WE flip from inside the “Rabbit Hole” out and from outside in. Conceptual spaces are ones Arcade Fire fans are highly interested in exploring alongside the group.

On vinyl, one side of the album is split into “I” and the other, “WE,” the larger album theme played out in the physical world. It’s hardly surprising WE would feature commentary on the pandemic I/We dynamics; a theme that obsessed humanity for more than two years.

WE kicks off with “Age of Anxiety I & II.” A slow burn of synth, piano, and Win Butler with sprinkles of Régine Chassagne’s sparkling like body glitter in “Age of Anxiety I,” until about three minutes and 20 seconds in when her breathy vocals help the tune build. Butler’s observations then get the Chassagne treatment, whereby the sound whips up and we don’t care about Butler’s lyrics feeling a little oversimplistic.

The pain point, for me, of WE is the major selling point for lots of other fans who love the album, which is that from the beginning the lyrics of this album come up short. The piano in the opening two tracks adds drama to too simple sentiments and feels silly as synthesizers kick up an eighties spectacular like, “Rabbit hole, plastic soul…fell asleep to the television, yeah. Wake up sleepyhead, yeah. Acropolis is burning, yeah, In the poster above your head, yeah.” Chassagne’s harmonizing sounds angelic playing off Butler’s backup vocals and the drum machine. But I want to be moved by the sounds and the lyrics feel too cute to be moving.

“Prelude” and “End of the Empire I-III,” lean deeper into the mutually experienced despair of Trumpism. The strings, the piano, and slowed down beats sound vaguely reminiscent of sounds you might hear in the original Twin Peaks arrangements by Angelo Badalamenti. The earnestness of the stripped back instrumentation gives the songs a more genuine-feeling sound. No lyrics are necessary. Yet, the song manages to intertwine themes about drugs, suicide, and spacing out to (again) “the television being on.” Is this meant to remind us of diseases of despair like addiction and self-harm being on the rise? If so, “didn’t use to get high, didn’t use to drink and I, didn’t think I could ever dream about losing you…” feels too general to describe the pain and despondence of these issues.

“End of the Empire IV” starts with “Unsubscribe, I unsubscribe, ain’t no way to lie… high on her own supply…” With the earnest singer crooning over piano and  saxophone pulling the mood down, it’s just right. Then the too clever lyrics come back, ”fuck season five.” As a huge fan of idiosyncrasy in music and lyrics, I think the obviousness and generalities are what make the lyrics, unbearable, at times. Maybe that’s the brilliance of them, that they are so approachable, but for the kind of lyricist Butler is they fall flat.

“The Lightening I,” is, by contrast, a whole lot more fun. The song has the makings of an anthem “we can make it if you don’t quit on me” and then “you don’t get to choose some you lose…waiting on the lightning” has all the kumbaya vibes of a festival hit. Then in a surprising slow-down the song transitions to “The Lightning II” where it bursts into a rip-roaring-rocker.

“I heard the thunder and I thought it was the answer, But I found I got the question wrong, I was trying to run away but a, voice told me to stay, Put the feelings in a song.” Now, this is the sandbox I want to play in with Butler. If the entire album worked as hard, this would be such a solid listening experience.

In this same vein, “Unconditional I (Lookout Kid)” encapsulates the honesty and craft of songwriting that made us cry through The Funeral, Neon Bible and The Suburbs. “And if you feel it, it’s fine, I’ll give you everything that’s mine.” One part cautionary tale, also a letter of hope, this is a genuine tune that’s easy to enjoy.

“Unconditional II” will no doubt be remixed and played in clubs from Tel Aviv to Berlin. The danceability of this sound overlaid with the epic vocals of Peter Gabriel are only upped by Chassagne’s amazing vocality. From a purely aesthetic perspective, the arrangement is dynamic and positively energetic.

Finally, the album ends with “We.”  A quiet storm of distortion moves into the raw strum and lyrics for a kind of pleading call to action for change. Subtle interludes of piano and percussion build up and grow into the lyrics until spaces emerge. Perhaps, intended as a meditative oasis to contemplate the cries for help, the ending of WE asks us to start on the journey again.

I’ll dance WE  in our Discord “end of the world party,” but – I’ll be focused on the music for this one – not the lyrics. A new classic for some devout Arcade Fire fans, WE works best in the moments it is most earnest or in moments where it isn’t trying to say anything and is just trying to make you dance.

ARCADE FIRE’S NEW ALBUM, WE, IS OUT NOW WHEREVER YOU LISTEN TO MUSIC!