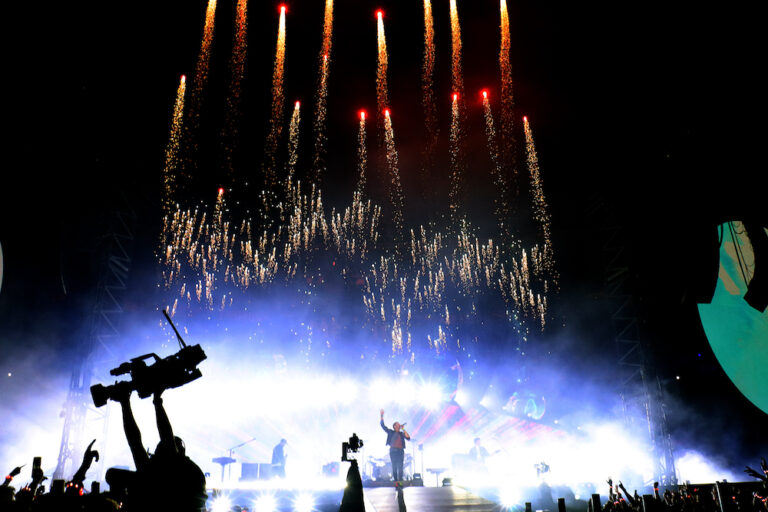 H.E.R. opened up for Coldplay at Metlife Stadium on June 4. The Grammy-winner was so much more than a supporting act, but an elevated, uplifting start to a night of colorful lights, confetti, music, and art from none other than Coldplay.

Coldplay kicked off Pride Month at New Jersey’s largest stadium this past weekend in a way that was inclusive and fun – harmonious to a T. Photographer Ehud Lazin caught the first of two shows, taking visual note of the musicality and camaraderie between artist, band, and fans. It was a can’t-miss event and one not worth attempt to explain in words, but still worthy of reliving over and over again.