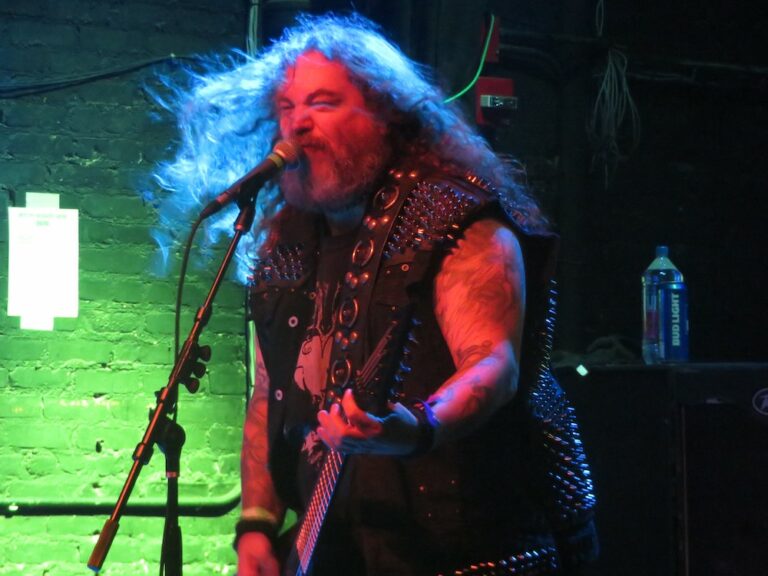 For 10 years, brothers Max Cavalera and Iggor Cavalera did not speak to each other. They now love each other so much that they seldom work on music apart from each other.

Upon forming Sepultura in 1984 in their hometown of Belo Horizonte, Brazil, guitarist/vocalist Max recruited his younger brother as the drummer. Under the leadership of the Cavalera brothers during the second wave of thrash metal acts from the late 1980s and early 1990s, Sepultura became a pioneer force in the birth of the groove metal and death metal genres. Beneath the Remains in 1989 and Arise in 1991 were high watermark albums.

Max quit Sepultura in 1996 and did not speak with Iggor until Iggor also left the band in 2006. They began working together as the Cavalera Conspiracy in 2007. The current project, named simply Max & Iggor Cavalera, includes guitarist Dan Gonzalez of Possessed and bassist Mike Leon of Soulfly (yet another Max Cavalera project).

More than 25 years have passed since Max Cavalera left Sepultura. The Cavaleras are revisiting the Beneath the Remains and Arise albums. The current Return Beneath Arise tour finds the Cavaleras performing a program comprised of select tracks from the two seminal Sepultura albums.

Max and Iggor were in their teens when they formed Sepultura. Both musicians are in their early fifties now. At the Gramercy Theatre, there was no mellowing with age. Instead, the songs were played with increased skill and renewed metal fire. Max growled, the lead guitar soared and riffed, and the rhythm section crunched at high speed. Fast and fierce, the performance was a thriller with no filler. Members of the audience approved with fist pumps and mosh pits.

The encore revisited Sepultura’s debut album, 1986’s Morbid Visions. With no original members left in Sepultura, the Max & Iggor Cavalera version would be the closest a fan could come to hearing these songs authentically in concert.

The Return Beneath Arise tour actually began in Europe and South America in 2018 and 2019, took a pandemic break, and is set to conclude at the end of June 2022. Typically, the Cavaleras are musicians who do not rest on past successes. Unless the brothers decide to pursue this current project further, presumably they will return to their other bands. Max has Soulfly and Killer Be Killed, Iggor has Strife and Mixhell, and together Max and Iggor have the Cavalera Conspiracy. In one band or another, the Cavaleras will return soon.