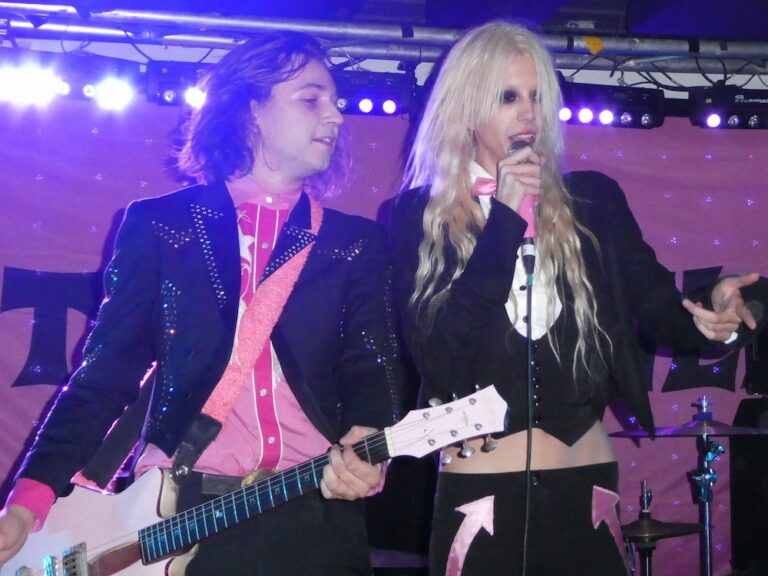 Starcrawler is making rock and roll fun again. After years of pandemic fears, world battles and divisive political maneuvers, what avid rock and roller is not eager to enjoy a band bringing lively, campy rock back to the stage? A Starcrawler concert will make the world feel right for an hour.

Four nights after the release of She Said, Starcrawler performed a whopping 24 songs, some in medleys, at Baby’s All Right. This meant that the band performed the majority of its entire recorded catalog. Leaving little room for chit-chat, the quintet loudly tore into song after song with freight-train speed.

Starcrawler concentrated on speedy, guitar-driven rock and roll, reminiscent of 1980s Sunset Strip glam-rock. The raw sound was propelling, but it was possibly the crude energy, not the power chords, that provoked the enthralled audience to bounce joyfully to the rhythms. Wilde’s singing, squalling and banshee screaming was the centerpiece of the songs. She gave the songs their melody lines and hooks, even though the lyrics were barely audible. The nuances in her vocals could not be heard over the guitar roar for most of the set. Was that intentional? The answer is unknown.

Fortunately, Starcrawler is as exciting to watch as to hear. Baby’s All Right has a relatively small stage, and the explosive team of Arrow de Wilde and Henri Cash made use of every square inch available to them. De Wilde gave the performance its visual imprint. She prowled the stage like an escaped animal. Tall and thin, she repeatedly writhed to the music like a cobra entranced by a snake charmer, then suddenly dropped to her knees like a rag doll, with her long blonde hair drooping over her face. Henri Cash hopped and darted back and forth in his confined space. The two were absolutely magnetic on stage.

The band members are young, all in their early twenties. They do not have a lot of musical history. Nevertheless, they know how to make good rock and roll noise. They are having a wild blast and are inviting their fans to come join the party.