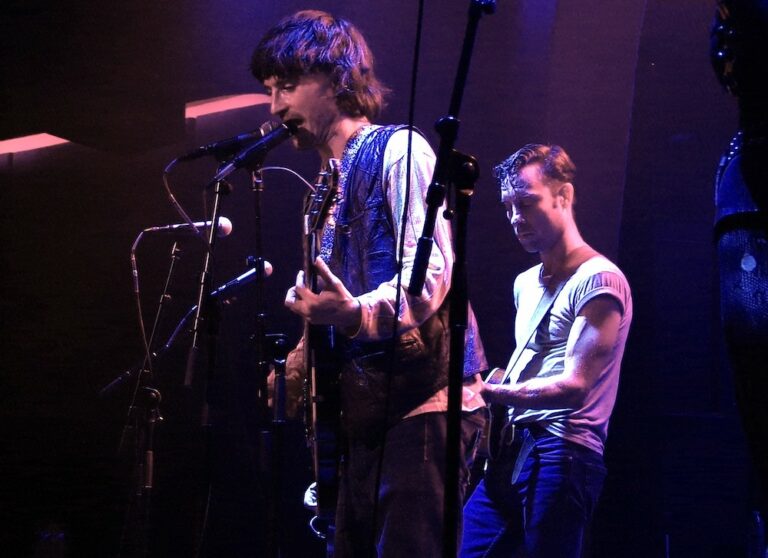 At Brooklyn Made, Black Lips made garage rock fun again. The band played a rough tapestry of Americana, blues, country, punk, and rockabilly, hemmed together by a foundational thread of twang. Raucous and unrefined, the speed and force of the music was driven by electrifying inertia and festive energy.

As uncomplicated as the music sounded on the surface, the arrangements were clever and subtle. Four of the five musicians alternated on lead vocals, with gang vocals frequently rallying the songs to crescendos. Rosow’s saxophone gave the songs an early rock and roll spirit. Searing guitar licks and crashing drums and cymbals livened the songs.

Most impressively, the five musicians seemed to have one unified mission, and that was to have an unhinged, reckless party on stage. The trajectory was not to make clean and calculated music, but to play good songs with a rambunctious, fire-burning spirit. Onstage, Black Lips was a band with personality, which made the show refreshingly vibrant, buoyant, and captivating.