NEW YORK, NY—What is it that’s helped Fall Out Boy become so much more successful than its emo counterparts? What exactly is responsible for helping FOB’s albums reach multi-platinum selling status? Is it because of lead singer Patrick Stump’s killer vocals (which have been hand picked for collaborations by artists like Timbaland and The Roots). Or is it because of Fall Out Boy’s poster pansy Pete Wentz —the entrepreneur, father, husband and MTV host —who brings constant fame and media attention to the group? 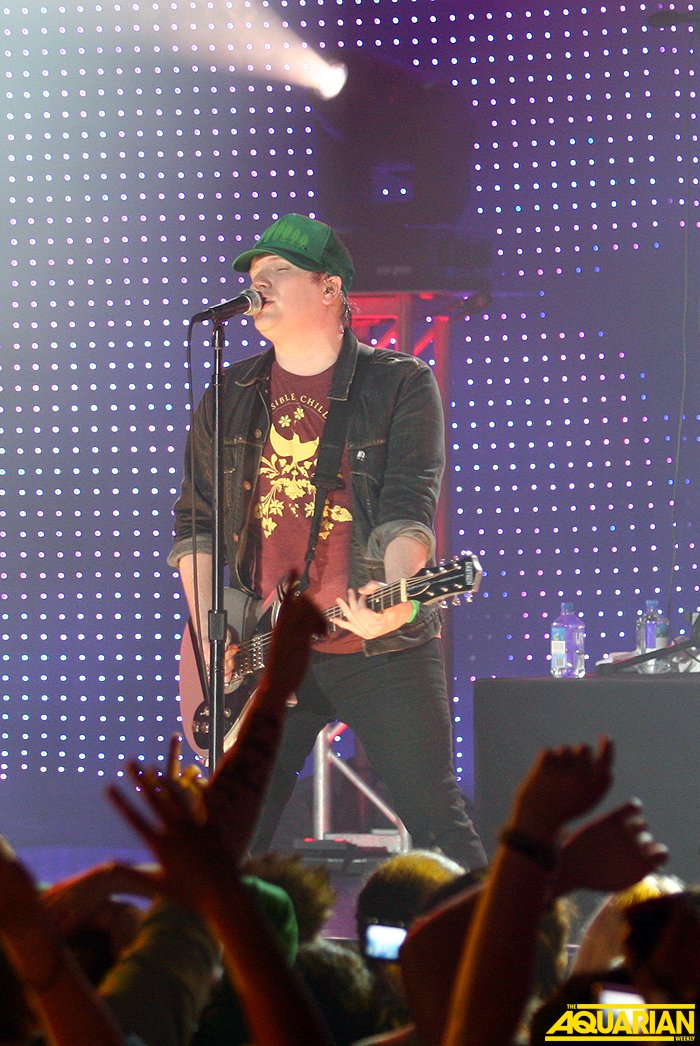 While I was convinced for some time that the only reason these guys got ahead of the pack was because they were one of the first bands to really get noticed in the power punk world, following the delivery of their third major label record Folie a Deux, FOB’s strength—and difference—is clear. In a very lights-camera-action filmed gig at Nokia Theatre to promote their album release, FOB showed crowds exactly why they deserve the hype that always surrounds them. In a nutshell, their new delivery absolutely rocks. Their new music shows a very distinct leap forward from the days of Infinity On High. Their new songs are infectious, anthemic and high energy, with a lot more funk, grunt and attitude. And although they did a decent job at boosting energy levels within a very controlled environment, their stage show has room for improvement.

I saw FOB more than a year ago overseas and their gig was awful. While they did a lot to redeem themselves this time around, there’s something that doesn’t gel when it comes to the connection between the bandmates. Unfortunately I still can’t quite put my finger on it. One thing I do know though is that it still comes as a shock when watching FOB— because it’s just so easy to forget—that Wentz isn’t the lead singer. The truth is, he would make a much more appealing frontman than the very stumpy Stump. Wentz is the ultimate show pony, with the classic smirk, the ease in front of the camera. The only thing he needs to put some work into is his humor.

Wentz took charge of most of the band’s banter and while he tried to crack plenty of jokes, none were decent enough to include in this review, except for one quite hilarious remark which became memorable for all the wrong reasons. When fans started to pack heavily toward the front of the stage, Wentz told them the “rock guy” in him wanted everyone to go crazy, but the “father” in him wanted everyone to please take a big step back. Ha. How considerate—why thank you, Mr Wentz. It’s so easy to take you seriously because you are super-responsible, especially with paint all over your face. What a joke!

Ultimately, FOB’s songs and performances won’t change your life and it’s not music you need on a daily basis. But it does hit the spot. And more importantly Folie a Deux has ensured FOB has carved itself a prominent place in power punk history. So on that level, they’re worthy and deserve credit, especially when it comes to some of their newbies like “I Don’t Care,” “America’s Suitehearts,” “The (Shipped) Gold Standard” and “She’s My Winona.” Do yourself a favor and check them out!