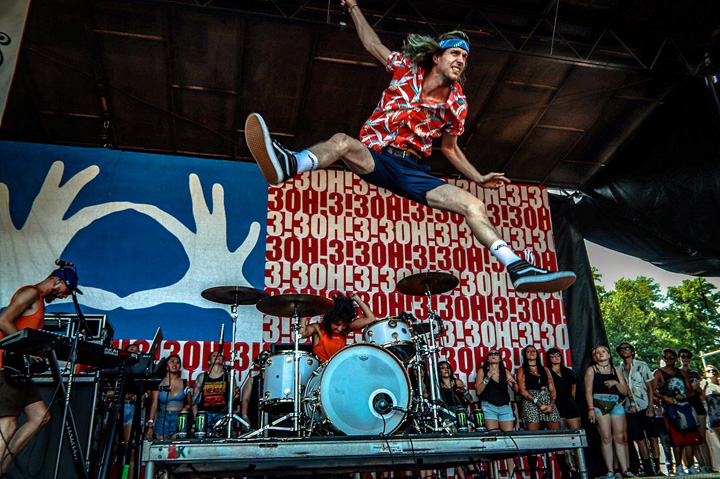 For me, it all started in 2003 on a hot summer day, dragging my dad and a good friend out to Asbury Park, NJ. Not fully knowing what to expect (never being to a festival before), but overwhelmed with excitement to see some of my favorite bands and also to discover some new ones. That’s what Warped Tour has always been for me. In 2003, getting to see bands take the stage like The Used, Thrice, The Starting Line, Brand New, and more! The scene was thriving.

What seemed so new at the time quickly grew into a routine; we walked up to several different tents to see what some of these bands we never heard of were all about. All the hard-working musicians, pushing their art by talking and spreading the word of their set times. Compact disk players being handed over so you can take a quick sneak peek at their newest release. This is how I found some of the music that shaped me and helped me through some hard times.

When hearing this year would be the last, I can’t say that I was surprised. I did find entertainment in a lot of peoples negative comments toward the lineup once announced. With it being the last year of the festival it seemed as if people were expecting the world. Thoughts and rumors circulated of all these big acts, like My Chemical Romance, that people thought would be booked to fill this year’s lineup. Wishful thinking…

To me, it seems as if a lot of people forget the roots of what the festival actually is. The festival was built on up-and-coming music. It never was a Coachella or a Bonnaroo. You never saw the biggest names flooding the entire line up. While many found the announcement to be disappointing, I think Kevin Lyman did it right. He stuck to his roots, had some of the best mid-major acts coming to town with bands like Movements, Mayday Parade, State Champs & more while bringing nostalgic acts (Story Of The Year, The Used, & more) even if just for a hometown date. Each date has a bunch of local acts (some signed, some not) giving artists an opportunity to showcase their talents to a network they never will be able to again.

Going to the festival year after year, it quickly became the staple of my summers. I have met so many people and heard so many stories of being on the road. Friendships have come and gone, and some have proved themselves to be for a lifetime. I, personally, could not wait for the long hot weekend to come my way, and when it finally did I couldn’t be more ecstatic. One last time, the Vans Warped Tour experience was upon me. Out of both New Jersey dates, the layout of the festival was much more convenient to photographers and fans as the stages were more centrally located. In Camden, there was a lot of running around to do, especially when there are train tracks to consider when trying to race over to the next stage on the other side. Both dates were killer, but the Holmdel date was just more convenient, even with the sea of people in the sold out crowd.

This year I had the luxury of catching and hanging out with many acts to all (unbiasedly) killed their sets. From seeing nostalgic acts like Bowling For Soup, Simple Plan & Mayday Parade, to up-and-coming acts like Movements, This Wild Life and more, Vans Warped Tour did not disappoint. I found myself running from stage to stage as my days were packed with bands not only that I wanted to shoot, but I would have wanted to see if I did not have my camera. Out of all the stages, the Journey’s main stages and the Owly.fm stage is where I spent most of my time, and if you are headed to the last of the dates I highly suggest you live at these stages as well!