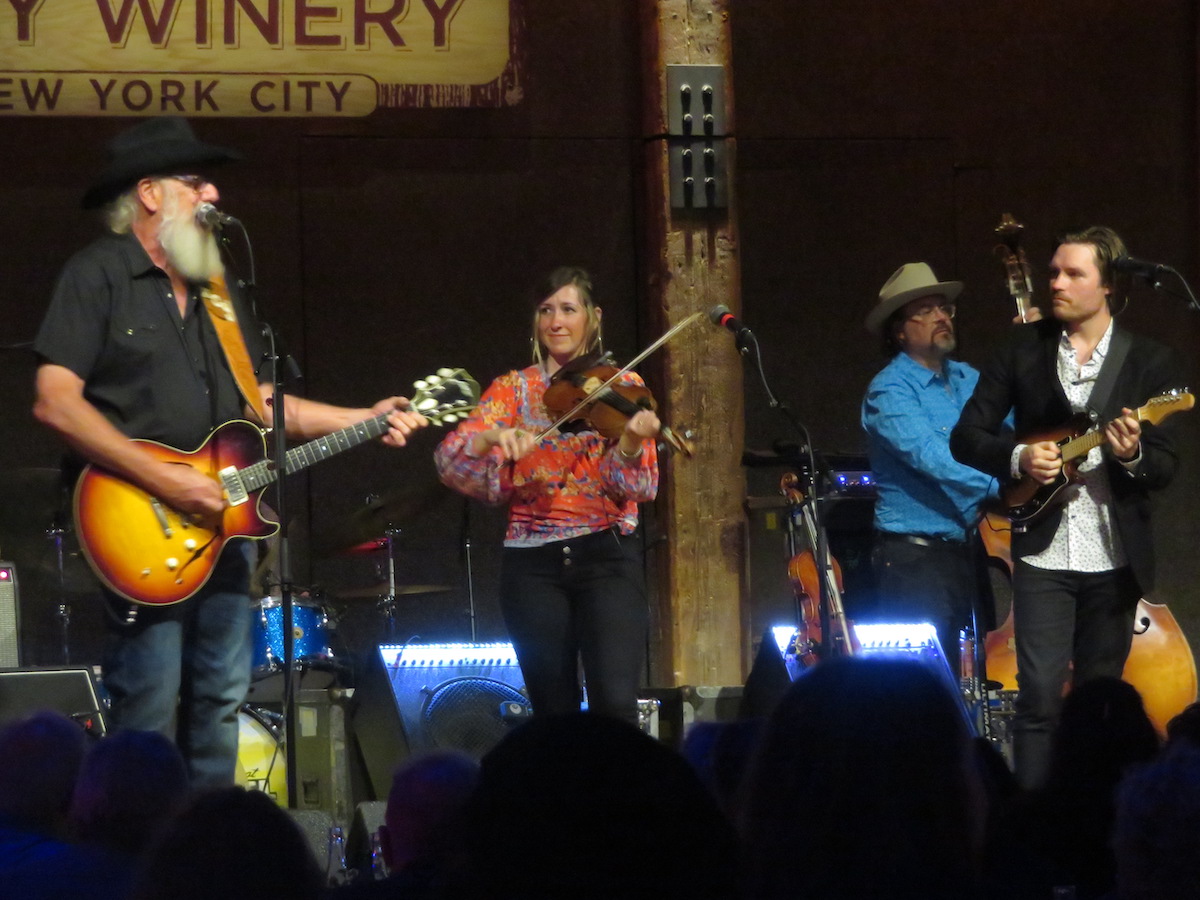 Some 50 years ago, Ray Benson formed Asleep at the Wheel in order to play western swing music at a time when the genre had lost much of its earlier popularity. A half century later, the Texas-based band is still keeping that sound alive. The eight-piece band does it by staying constantly on the road and bringing this joyous music to live audiences.

Western swing may seem like a narrow subgenre of country music, but it can encompass a lot. At City Winery, Asleep at the Wheel covered a range from Bob Wills’ fiddle tune “Take Me Back to Tulsa,” Louis Jordan’s big-band “Choo Choo Ch’Boogie,” and novelty songs like Charlie Ryan’s “Hot Rod Lincoln.” Many original songs, including “Miles and Miles of Texas,” expanded and refreshed the scope beyond the music’s golden era. This was accomplished by having multiple switchable leads on each song. Benson and Katie Shore provided strong lead vocals, Shore and Eli Bishop headed the front line on many songs with their fiddles, and pedal steel player Cindy Cashdollar, pianist Connor Forsyth and saxophonist Joey Colarusso injected leads, all with the support of bassist Josh Hoag, and drummer Jason Baczynski .

Granted, it did not look like Asleep at the Wheel was reaching a new audience. Most of the audience at City Winery looked like they had been following the band for all of its 50 years. The fans were familiar with the closing song, “Happy Trails,” which Roy Rogers sang at the end of his weekly television show more than five decades ago. While western swing is not breaking new ground in the music scene, Asleep at the Wheel demonstrated that for dad-rock revelers, this music is solid and timeless.