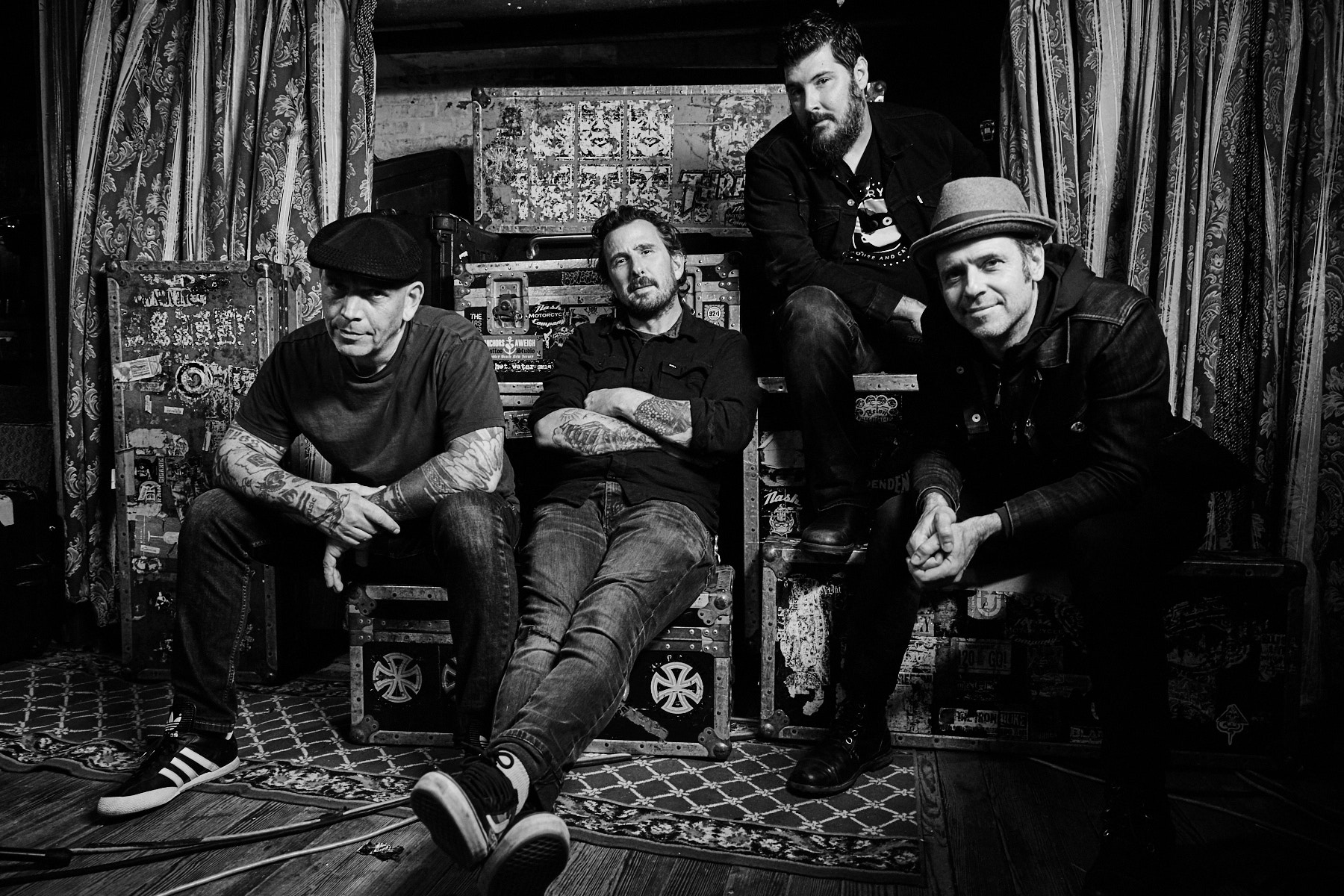 After the pandemic, the Bouncing Souls return to the community that rallies around them at the Stone Pony Summerstage.

But there was something obvious missing with his band not out spreading their message of positive punk rock and good times.

“There was something very off in my life without it,” Kienlen admits. “I’ve never been able to fully articulate what it is until this happened, but it’s been missing from my being and I didn’t feel completely myself. It’s that super-charged Bouncing Souls energy, that no matter what else we do, it’s been pervasive in our lives. This band are my brothers. Then there are all the people who come to the shows, the people who make the shows happen and all those incredible moments. I really missed all of it.”

And so when the Souls take the Stone Pony Summer Stage on September 5 for Stoked for the Summer after this long, weird absence from live music, it won’t just be about playing songs from their 11 studio albums. Rather, it will be a reunion of the diverse, goofy family that they have fostered over 31 years as a band.

Stoked for the Summer is a summertime tradition, not just for the underground music community and the Souls’ favorite non-profit organizations, but the larger fan base that the Souls have reached, transcending punk to the larger audience that share a love for that often misunderstood creative New Jersey spirit.

This gathering came about to fill the void of the Christmas week ritual where the Souls would headline the Pony three consecutive nights in a row with different lineups for nearly a decade called ‘Home for the Holidays.’ Asbury Park was always a “home” of sorts, something of a point of confluence for the NYC, Jersey Shore, Philly and North Jersey scenes. It became a literal home when Kienlen and guitarist Pete Steinkopf moved to coastal Monmouth County in the 2000s.

“It’s a thing that we really look forward to every year, being in our town with all our people,” says Steinkopf. “We missed being a part of that vibe last year and we’re really excited to be back.”

Acknowledging that they were missing a big annual get together, they began Stoked in 2016, a rambunctious semi-functional family reunion that showcased their friends. Obviously the band and followers missed out on the whole affair in 2020 while humans were distanced from humanity, which makes the usual all-age beach party a full rager this year, with openers from the entirety of the punk spectrum.

The gates of the famed venue will open at 4:30p.m. in time for Soul Glo, a Philly hardcore band with members who represent a voice of refreshing diversity in hardcore.

“I really like them,” says Steinkopf. “We always want to put young bands on the show with us and they’re doing something different, which we all think is rad.”

Next up will be the Suicide Machines, the Detroit ska punks that have been around as long as the Souls, but not as consistently, which makes their occasional shows that much more anticipated for their following.

“The very first time we were in Detroit, we played with those guys. That was in 1993,” laughs Steinkopf.

The Menzingers are an obvious pick, Pennsylvania’s melodic post-punk darlings who have reached a wider audience than just dirty basements without changing their approach or their sound, not unlike the Souls.

“They’re good friends of ours. We’ve done so much with them over the years. It’s just fitting.”

Taking the stage right before the Souls are New York City vets, Sick Of It All, who have been a pillar of hardcore since 1986 and have released some seething anthems in the past year.

“We’re all so excited to have Sick Of It All join us at a hometown event. We asked them for years to play Home for the Holidays, but one guy or another always had family commitments. They’re one of my favorite bands decade after decade. It’s just hard to follow them on stage. The guys in Rancid even say they didn’t ever want to have to play after Sick of It All.”

As the sun sets behind the Summer Stage and the sound of the Asbury sea breeze gives way to the chants of “Ole, ole, ole, ole…” the Souls will once again be with the circle of friends and fans that they thrive off.

“What makes it so special to us is that for all these people, it’s special to each other,” adds Kienlen. “It’s a spiritually that fills people’s tanks to go out and live life. And that’s really important after having the tank drained for so long.”

FOR TICKETS AND INFO ON BOUNCING SOULS’ STOKED FOR THE SUMMER IN ASBURY PARK ON 9/5, CLICK HERE!