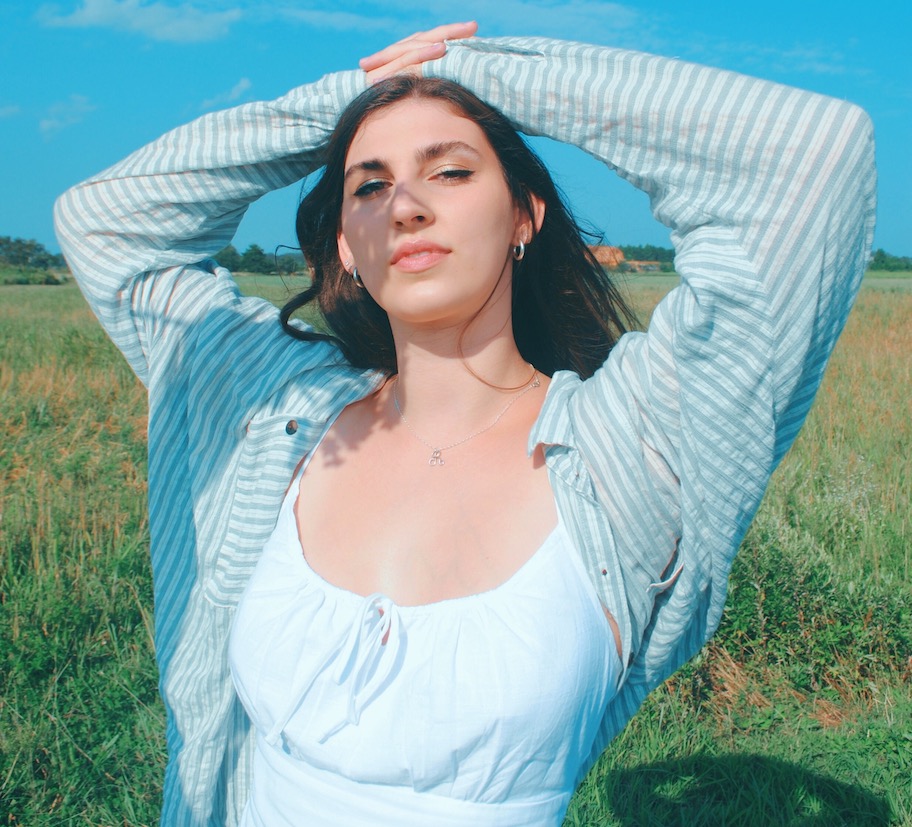 Chatting with pop-icon-in-the-making Rachel Bochner shines a light on how even something as trivial as ghosting your therapist can be a prolific, telling, intimate, and lighthearted insight into modern young adulthood. Her single, aptly titled “ghosted my therapist,” out tomorrow, will surely paint that picture for you.

If you’re looking to support women in music, and women in music who support other women in music, look no further than Rachel Bochner. Not only is she striving for her place in the industry, but she is advocating for her peers, as well. Bochner is undoubtably an artist, but through conversation, it’s clear that what she is doing is bigger than she is and more notable than the handful of her singles that have racked up hundreds of thousands of streams.

Rachel Bochner is a New Yorker adjacent, growing up close enough to the Big Apple to call it home, but only officially making that move in recent months. Between growing up, going to therapy, having internships, meeting people, and finding her place in a pandemic-ridden world, the rising talent built a following and exercised her voice. The singer-songwriter crafts narratives true to her heart and vital to her age group, sharing stories and experiences and emotions and tales that all twenty-somethings are going through and/or need to hear. With such a unique perspective on what songwriting can be and the messages it can put forth, Bochner has set out on a musical journey akin to the Billie Eilishs and Joni Mitchells of the world.

With much of our heart, soul, and coverage being in NYC, we have to start off by asking just how the Big Apple and its infestation of culture has affected the way you tackle being an artist and shaping your sound. Has New York played a part in what you’re doing in this evolving singer-songwriter career of yours?

I’ve lived right outside of NYC most of my life, but I finally got an apartment in the actual city about two months ago. I’ve always dreamed of moving here (I haven’t quite gotten the LA itch yet.) and so far I love it. New York is the perfect muse… the familiar and lively visuals, the never-ending list of places to explore, the people… there’s so much to pull from. Especially coming out of quarantined life, everything feels particularly shiny and new.

“ghosted my therapist” is raw and real without truly having to break down any walls. I think this almost adds to the relatable factor of this track. How did you create a song that feels and sounds so intimate, but still rings true in an uptempo and universal way?

First of all, thank you so much! I love how “ghosted my therapist” feels so personal, but relatable at the same time. I think it’s a testament to how common it is to feel a little lost while navigating the realities of growing up. Despite the fact that the song was pretty closely based on my own feelings, so many people that have heard the song have been like, “I feel the EXACT same way.” With this upcoming EP, I had a lot of fun playing around with almost misleadingly happy and fun production elements juxtaposed with lyrics that touch on very real emotions – “ghosted my therapist” and “hating myself in the summer” really lean into that.

Much of your path in this industry actually has to do with this notion that pop music, in all its lively and entertaining glory, can be contemplative and reflective of the world at large, at feelings felt, and at current events. You’re almost lending a hand to your listeners and saying “I get it. I’m here. I go through this, too.” Why do you think that is something that means something to you in this day and age of tension and anxiety and loneliness?

I think pop is a much more flexible genre than some people might think. There’s so much room to be thoughtful and emotional and genuine while also being entertaining enough to be played on the radio. There’s obviously a time and place for all kinds of music, but I think the sweet spot I like to shoot for is music that I’d get excited to hear and sing along with whether I’m on a long, introspective drive, hanging out with friends, or during a big night out.

This new single has the perfect balance of genuine depth and frivolous warmth. You create a comforting and fun atmosphere for a song discussing being a sort of, kind of, almost real adult within the real world. Where did the inspiration for such come from? The title alone is eye-catching.

I truly did ghost a therapist, and in the session with the other writers on the song, Sasha Campbell and Annick Blaize, we thought that was a hilarious concept that would also let us speak on how challenging it can feel navigating your twenties. We started out just poking fun at some of my bad habits and complaints about being an “adult,” but as the writing process progressed, it became this really fun and relatable song that captures the experience so well. Before we even wrote the song I knew that would be the title. It’s so wonderfully ridiculous.

Being young and being one of these up-and-comers at said confusing age must be an odd experience. On one hand, you feel pressured to be a light for people through your art. On the other, you’re also a human being with a day-to-day like all of us. Do you feel any pressure to come across a certain way or depict yourself from a certain angle because of the age you are or the music you’re making?

I think I’m the most passionate about the songs that allow me to be honest and open about myself and my experiences. In a way that can be scary, like releasing the “Ultraviolet” music video, for example, but it also takes some of the pressure off in terms of depicting myself a certain way, because I’m really just trying to come across as myself. Songs really stick with me when I’m able to place myself in the narrative or lyrics of a song, even if I’m completely reimagining what the artist actually is talking about – and I want people to be able to do the same with my music. It’s of course amazing when a listener really gets the meaning behind the song, but it’s also so cool when people assign a new meaning based on how it made them feel while listening. Once I release a song, it’s no longer just mine!

The entire team behind this song and your forthcoming EP identify as women. This female fronted – and backed! – project must be so special to you. As a woman, I greatly appreciate the inclusion and the respect women in music are slowly but surely getting with indie stars like you shining a light on them, but in your own opinion, why was this an important aspect of what you are trying to do?

I grew up with four sisters who are literally amazing, and watching them succeed, especially in male dominated industries, is really inspiring. Championing women in music is something that’s super important to me – I wanted to use this EP as a way to highlight some of the crazy talented women I work with, as well as seek out more women in music to get involved. It’s the coolest thing to be able to say this project was worked on almost exclusively by women from the writing, production, mixing, mastering, promotion, to visuals.

With more songs on the way and a growing fandom on and off of the Internet, what’s next for Rachel Bochner? (If you’re able to tell, of course.)

Stay tuned for more music off of my upcoming EP, twenty something! This project has been so much fun to work on and I’m so excited to keep sharing more. If you’re in the New York City area and want a sneak peek, I always play some unreleased songs at my shows!

RACHEL BOCHNER’S NEW SINGLE, “GHOSTED MY THERAPIST” IS OUT TOMORROW ON ALL STREAMING PLATFORMS! TO KEEP UP WITH RACHEL, FOLLOW HER ON INSTAGRAM!