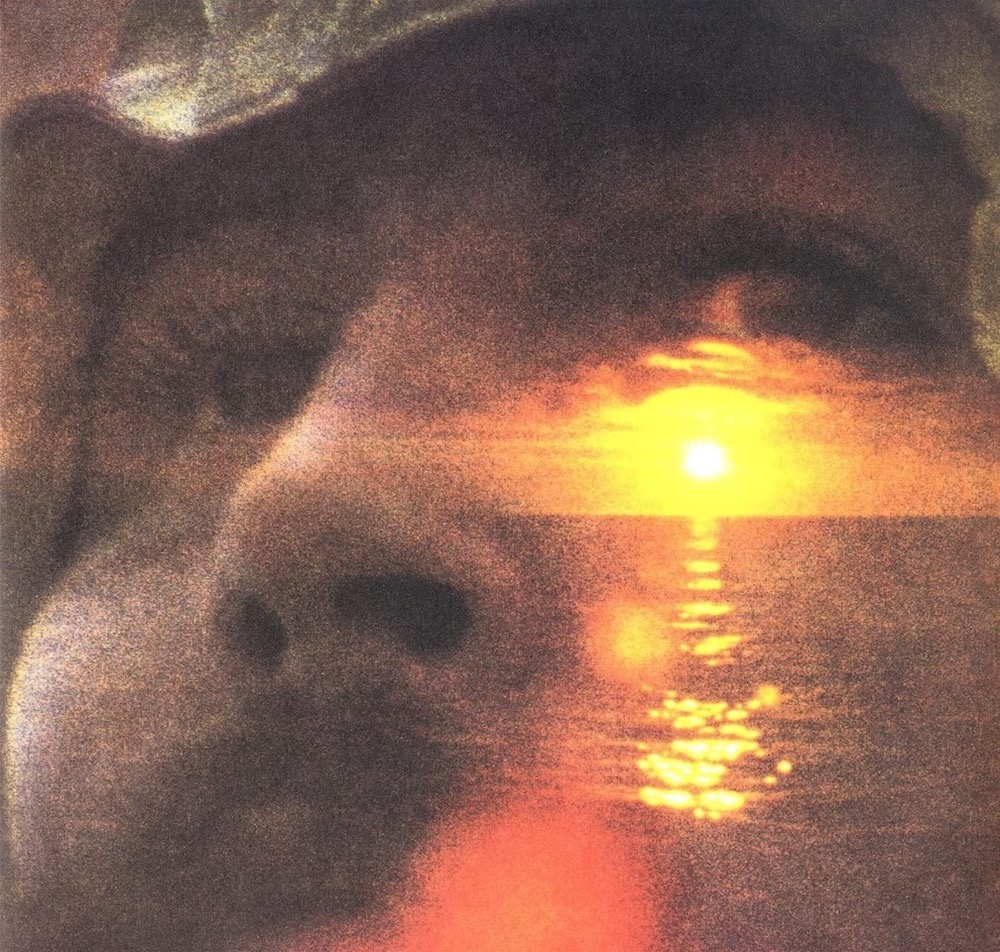 After Crosby, Stills, Nash & Young completed their bestselling second album, Déjà Vu, which came out in March of 1970, all four members of the group turned to solo projects. Neil Young issued After the Gold Rush, the third LP to appear under his name, in September of that year, and Stephen Stills released his eponymous debut two months later; David Crosby’s If I Could Only Remember My Name and Graham Nash’s Songs for Beginners arrived in February and May of 1971, respectively.

Stills, Nash, and Young followed these 1970-71 releases with numerous others but Crosby’s solo debut turned out to also be the last record he would issue under his own name for 18 years. The big reason for that was clearly his heroin, cocaine, and alcohol problems, whose ramifications included a stint in Texas state prison in 1985, though the LP’s negative reception from critics couldn’t have made him eager to return to the studio.

A 50th-anniversary edition of the self-produced album – which includes extensive new liner notes as well as bonus material – offers a chance to reassess its contents, which seem considerably more praiseworthy than most of its initial reviewers believed. The record, which sold well despite the critical drubbing, may have a dearth of obvious singles, flashy guitar solos, and exuberant melodies, but it possesses its own sort of quiet magic. Crosby was mourning the death of his girlfriend, Christine Hinton, in a car accident at the time he made the album; and he seems to have been looking for – and finding – some peace in these songs, all of which he wrote or co-wrote, apart from “Orleans,” a reworking of a traditional French children’s tune.

This is a contemplative, folk- and jazz-tinged record, characterized by subtle, melancholy music and understated, layered vocals. The mellow mood breaks only for the expansive “Cowboy Movie,” which features stinging guitar licks and a Crosby vocal that recalls his performance on Déjà Vu’s “Almost Cut My Hair.”

One track, the a cappella “I’d Swear There Was Somebody Here,” sounds like a Gregorian chant and contains no discernible words; and a couple of the other numbers are instrumentals, including “Tamalpais High (At About 3)” and, of course, “Song with No Words (Tree with No Leaves),” which seems reminiscent of the first Crosby, Stills & Nash LP. Where there are lyrics, they tend to be trippy and abstruse, such as on the ominous “Laughing,” where Crosby sings, “I thought I met a man who said he knew a man who knew what was going on / I was mistaken, only another stranger that I knew.”

That’s not to say that the songs are without meaning – just that you may have to do a little research to figure some of them out. According to the liner notes, for example, “I’d Swear There Was Somebody Here” is an elegy for Hinton while “Laughing” turns out to be about George Harrison’s disillusionment with Maharishi Mahesh Yogi. Meanwhile, Crosby has said “Cowboy Song” is about Crosby, Stills, Nash & Young, but you’d probably never guess that just by listening to it.

Musically, the record feels like a companion piece to Jefferson Starship’s Blows Against the Empire, which came out only two months earlier and features many of the same players, including Crosby himself. And speaking of personnel, If I Could Only Remember My Name boasts a long enough list to make “solo album” seem like a bit of a misnomer. For starters, Crosby’s bandmates Nash and Young are here on multiple tracks, as are the Grateful Dead’s Jerry Garcia, Phil Lesh, Bill Kreutzmann, and Mickey Hart; Jefferson Airplane’s Jorma Kaukonen, Jack Casady, Paul Kantner, David Freiberg, and Grace Slick; and Santana’s Gregg Rolie and Michael Shrieve. Joni Mitchell, with whom Crosby had a stormy romantic relationship in the late 1960s, shows up as well, adding vocal support on two tracks.

The record, which has never been out of print and has previously been remastered several times, got another remaster for this 50th-anniversary edition. This one, which incorporates speed correction, was directed by Stephen Barncard, who engineered the original album. The new edition fills two CDs and adds 14 bonus tracks, 11 of which are previously unreleased. Among the extras are some songs that didn’t make the 1971 album, demo versions of several that did, and a 10-minute alternate take of “Cowboy Movie” that features a guitar solo by Neil Young in place of the Garcia one on the original album.

Listening to all of this, you can’t help but wonder what Crosby might have accomplished if he hadn’t spent the 18 years following the release of his solo LP in a drug haze.

Steve Goodman, The Best of Steve Goodman. It would be impossible to fit all of the late Steve Goodman’s essential material on a single disc or even on a two-CD anthology like 1994’s No Big Surprise. That said, the new 19-track Best of Steve Goodman does as good a job as possible of putting his best-known songs on one record. Moreover, it includes enough hard-to-find and previously unreleased material to interest fans who already own most of his catalog.

Among the rarities: a previously unissued solo demo of “City of New Orleans,” probably Goodman’s best-known composition, thanks to Arlo Guthrie’s hit version; and a live recording of “You Never Even Call Me by My Name,” which Goodman wrote with his pal John Prine. Also here are live renditions of Goodman’s definitive cover of Mike Smith’s great “The Dutchman” and several originals that well display the singer’s wit, including “Chicken Cordon Bleus,” “Men Who Love Women Who Love Men,” “Vegematic,” and “This Hotel Room.”

People Years, XIV. According to a press release, the Atlanta-based People Years “is a dream of an amalgamated spitball wadded by the nerdy version of you and made from subterranean and atmospheric particles of bands like Luna, Pavement, Pink Floyd, and LCD Soundsystem, loaded into a straw, and launched into the midnight hair of that Robert Smith–worshipping goth girl named Summer, who sat a few rows in front of you in class.”

Translation: the music of this four-man outfit – which features a vocalist/guitarist, a keyboardist, a bassist, and a drummer – is not easy to describe (though the press release gets an A for effort). Suffice it to say that People Years’ sonic landscapes, which recall the aforementioned groups and seem redolent of both 60s psychedelia and 1990s dream pop, are consistently catchy, invigorating, upbeat, and eminently listenable.

John DeNicola, She Said. Though John DeNicola has served as the bassist for a variety of bands, he spent decades mostly behind the scenes, producing artists for his own record label and composing. (He co-wrote Jennifer Warnes and Bill Medley’s “(I’ve Had) the Time of My Life” and Eric Carmen’s “Hungry Eyes,” both of which appear in the hugely successful Dirty Dancing soundtrack.) Then, in 2019, he finally released his first solo album; now, two years later, comes this sophomore release.

Though a few of the 10 tracks seem like filler, there are enough standouts to make the album noteworthy. Among them are “Battered Cloth,” which weds DeNicola’s music to Procol Harum lyricist Keith Reid’s bittersweet words about 1969, a time when “we knew we would change the world”: and the CD’s well-sung interpretations of two 1960s chestnuts, Bonnie Dobson’s oft-covered “Morning Dew” and Stevie Winwood’s “Can’t Find My Way Home.”

Various artists, Landslide Records 40 Years Anniversary Issue. Like such labels as Alligator, Arhoolie, and the now-defunct Kicking Mule, Atlanta-based Landslide Records is an independent label that puts quality before profits. You’ll find plenty of evidence of that on this two-CD, 33-track celebration of the label’s catalog, which is being issued to coincide with its 40th anniversary.

You’ll also discover just how eclectic that catalog has been. It makes room for R&B like Mike Mattison’s “Midnight in Harlem,” country such as Blueground Undergrass’s “Clock Goes Down,” and rock like Scrapomatic’s “Night Trains, Distant Whistles.” There’s also a generous helping of jazz, including David Earle Johnson’s “Route Two,” which features jazz guitarist John Abercrombie, and “The Great Lawn,” performed by multi-instrumentalist Paul McCandless, a co-founder of the great group Oregon.